Calling attention to your Dashboard – How to

Apart from delivering summarized, critical and impactful information, the purpose of all dashboards is to enable users identify trends, outliers and exceptions. Blinking alert is an effective method to ensure such exceptions are captured and critical components are not left unnoticed. This document explains how to implement blinking alerts.

Chapter 1: Steps to implement a blinking alert on Desktop

Blinking alert can be implemented by looping a play control and then dynamically switching (alternating) between two colors (darker and lighter shade of the same color) to get the desired effect.

Add a Play selector to the dashboard. Bind its data cells as given in the figure below and insert the formulas given in cells H2 and H3 into G2 and G3 respectively. 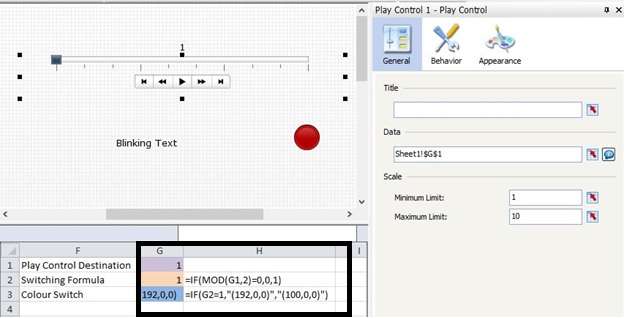 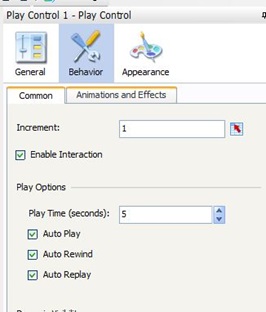 Add an icon (or your target component), and color bind it as shown in the figure below,

Run the Dashboard and see the blinking in effect. You can use the same steps to create dynamic visibility in a label as shown below. 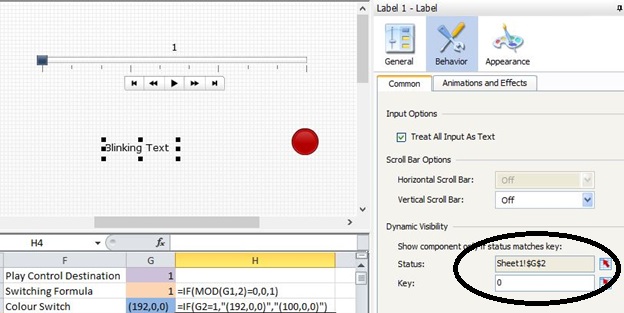 Figure 4: Dynamic Visibility for other Components

Chapter 2: Steps to implement a blinking alert on iPad

Blinking alerts create an even greater impact on mobile devices where critical information needs to be accommodated in limited screen real estate.

Since, the Play selector and Play control are not compatible with iPad, I suggest a simple workaround to incorporate blinking alerts in your mobile dashboards.

I used an inherent property of a selector component (I prefer Combo Boxes, so that you can hide them easily) where every time the source data changes, the destination also gets refreshed. Following are the steps involved:

Add a selector component (Combo box) and map its label, source and destination to cells G3, G4 and G5 respectively.

Create a loop by adding a number generator to the combo box source cell. Following formula will create a loop that restricts the cell value between 1 and 20. 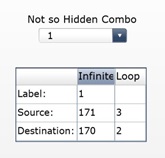 Add an icon and bind its color setting to the cell containing the following formula. You can control the rate of blinking by restricting the loop and modifying the same formula. 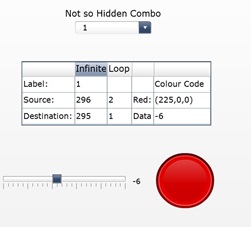 Figure 7: Icon during first half of loop Figure 8: Icon during last half of the loop

Technique presented above can be applied to several different scenarios, such as the ability to refresh date and time automatically. Time function in a rolling clock can be dynamically refreshed using the formula below.

Apart from setting dynamic visibility, you can pretty much use the blinking alerts functionality wherever the bind to cell option is available in the properties tab.