My favorite sustainability stories of 2014

Holiday season is the time to reflect, and despite the world receiving another ‘wake-up’ call from the 5th IPCC report, I scribbled down some notes on my Top 10 highlights in 2014. Here it is:

1) One rare exception to the rule that the governments can’t get much done. President Obama imposed strong rules limiting climate pollution from coal plants, then traveled to Beijing where he and Chinese President Xi Jinxing pledged to curb their nations’ greenhouse gas emissions, albeit not for a while.

2) My absolute favorite quote of the year: ‘If you want me to do things only for ROI reasons, you should get out of this stock’. Said by a very angry Tim Cook (CEO Apple) during an investor meeting when questioned about the companies climate change commitments. He further said: ‘When we work on making our devices accessible by the blind, I don’t consider the bloody ROI.’ He said the same thing about environmental issues, worker safety, and other areas where Apple is a leader. BRAVO !

3) During climate week in New York in fall 2014, more than two dozen countries and as many companies endorsed the New York Declaration on Forests, pledging to halve deforestation by 2020 and end it by 2030. A growing number of the world’s largest buyers of soy, palm oil and cattle have committed to exclude deforestation from their supply chains. Meanwhile, Unilever says all of its palm oil will be sustainably sourced by 2015.

4) Also during climate week, companies including IKEA, Swiss Re, Mars and BT, organized by the Climate Group, launched RE100, an initiative to encourage big companies to use 100% renewable power. And SAP is now part of the pack, announcing to go 100% renewables for all facilities and data centers in 2014.

4) European Union: EU commitment to cut greenhouse gas emissions significantly over the next decade, and at the same time the EU’s adoption of a law that requires large companies to disclose nonfinancial information—in other words, their social, environmental, and human rights impacts—as part of regulated transparency.

5) Despite peaking again in terms of carbon emissions in 2013, and probably in 2014 once all data are in, Germany for the first time got more electricity from renewables than any other source of energy. 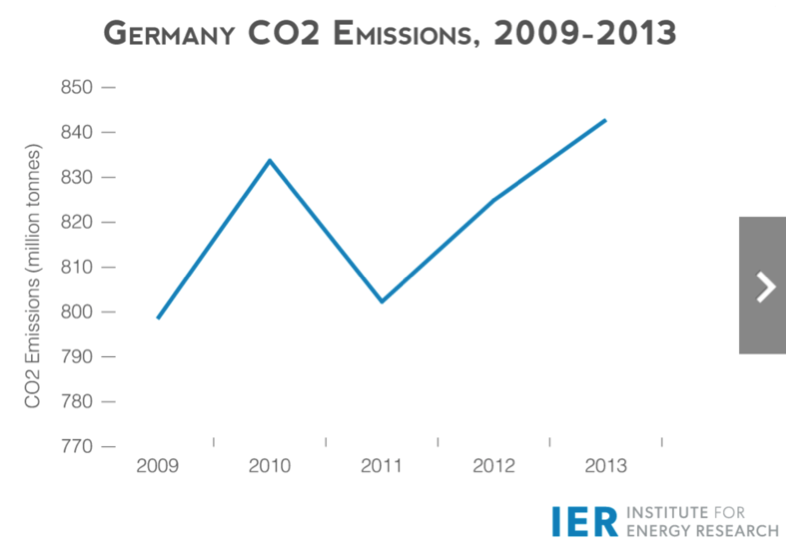 6) Investor power: The Rockefeller Brothers Fund, built on oil money, announced together with 800 other institutions to divest from fossil-fuel companies. Also remarkable in the investor community: CalSTRS, the US’ 2nd largest public pension fund, announced it will more than double its clean energy investments in the next five years and will invest significantly more if strong carbon policies are enacted; at the same time CalPERS, the US’s largest public pension fund announced its support for a carbon price and pledged to measure and disclose the carbon footprint of its investment portfolio.

8) My kids favorite ‘fast food’ restaurant Chipotle named climate change a material risk in its 10-K report. Kudos for their guts, since many companies are also aware of the risk, but are not brave enough to mention it in their own reports.

9) In my personal life, in 2014 I produced roughly 5000 kWh from my solar system, I harvest successfully from new my backyard Aquaponics system, I installed a grey water systems this year (California faces biggest drought in 1200 years), and after sadly returning my EV (Nissan Leaf) after 3-year lease, I’m now the proud owner of an electric motorcycle from ZERO.

‘Business can only – and should only – exist if it is truly economically, environmentally and socially sustainable and where human rights are respected and upheld. This is not someone else’s agenda – this is where we all get judged by our actions and rightly so.’