Typically, file based interfaces involve pickup of files for further processing. SAP’s file based adapters (NFS, FTP, SFTP) provide the file name scheme/pattern to specify which files should be picked. Although placeholders, regex and wildcards are allowed, it is still a static definition.

Occasionally, there are requirements to dynamically pick up files based on the file name provided in the content of a message payload. This cannot be achieved with the standard adapters because:

One approach to achieve this is to code a file IO operation in a mapping UDF. Although it is technically feasible, it violates EJB 2.1 specification. SAP’s PI JavaDocs clearly documents this for the package com.sap.aii.mappingtool.tf7.rt (used for Function Libraries and UDFs.)

For more on these restrictions, see chapter 25.1.2 of the EJB 2.1 specification.

An example of such violation is if the file IO operation moves the file after pickup. This mapping program is now stateful and introduces a side effect. Due to the side effect, failed messages cannot be reprocessed with a guarantee that the behaviour is still the same. The following blog describes in more detail why XI mappings should be free of side effects.

This blog details an approach to achieve such requirement using the Additional Files feature of the sender File (only NFS protocol) or SFTP adapter.

The basic idea is to have two interface scenarios as described below:

Below are the design and configuration for the scenarios

Based on incoming message containing filename to be picked up, create a trigger file in the directory with the same filename except having a different extension, i.e <filename>.trigger. The actual content of the trigger file does not matter. Graphical message mapping is used to change the filename and store it in a field of the target message. Variable substitution in receiver channel is configured so that the file is created based on the trigger filename in the target payload. 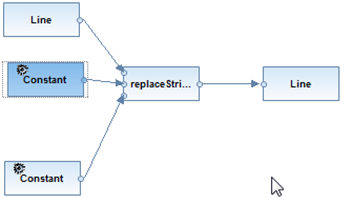 iFlow setup with Operation Mapping specifying the change of extension

Channel set to pick up trigger files along with the corresponding CSV files. ASMA is set for filename 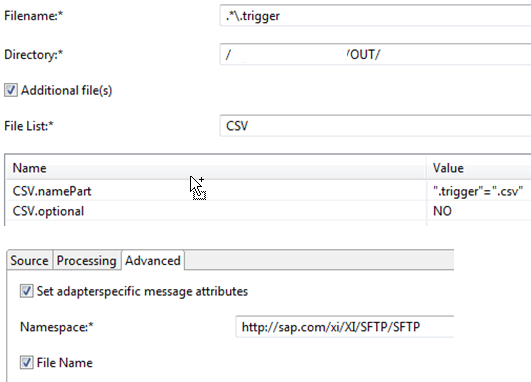 Mapping is performed to change back the filename extension from trigger filename to the original filename.

For non-XML target files, use Java mapping with Dynamic Configuration to change the filename extension 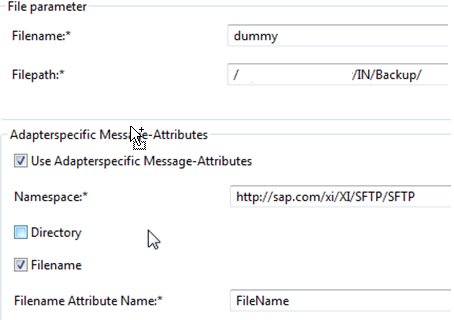 iFlow setup with Operation Mapping specifying the change of extension back 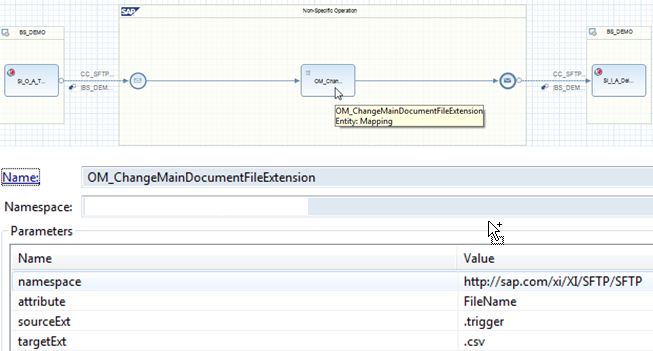 A message is sent on scenario 1 to specify pickup of the CSV file. Mapping changes the filename extension to the trigger file 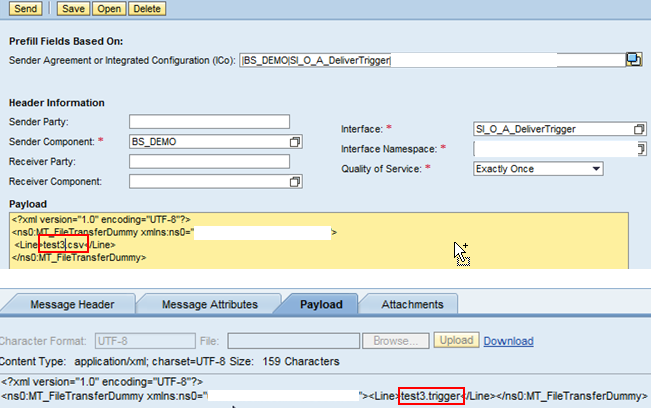 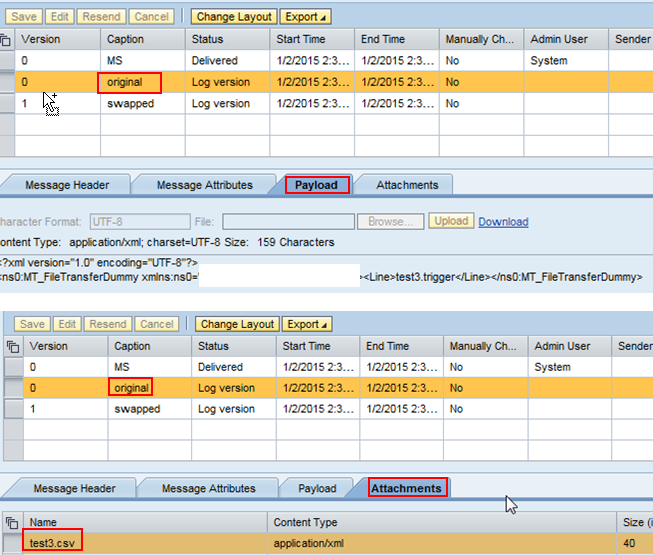 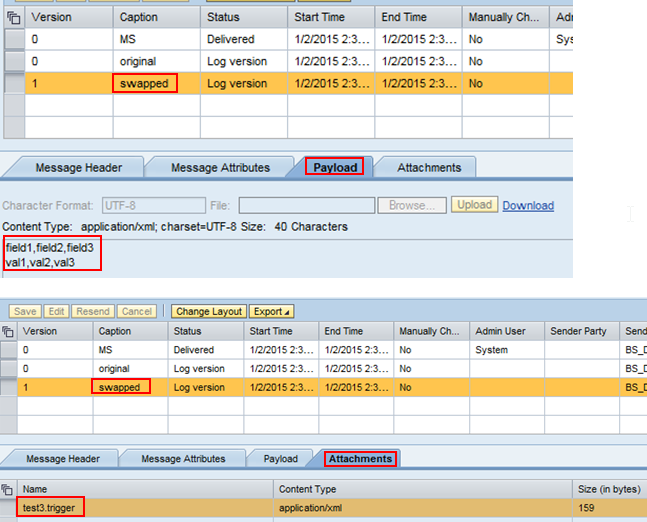 Finally, the CSV file is delivered to the intended final destination.

Below are some example of use cases for such an approach:

Below are some reference material for configuration of “Additional Files” in the sender adapter. Note that this is only available for NFS and SFTP sender adapters.

Nice solution Eng Swee Yeoh. A mere impossible requirement so far, is possible now with your simple solution without any side effects 🙂 .

Great work!! Thanks for sharing...

Thanks for the kind comments, Praveen. Coming from you, it is indeed a big compliment 😉

I have a requirement to send one tab delimeted .txt file from sftp to  a proxy in SAP and at the same time send multiple .pdf files from same SFTP server to NFS File application server.

Also ,File content conversion will be applied on .txt file.

How can we acheive this ?

If we use advanced source file selection option in sftp adapter ,will it be like this that FCC get applied to tab delimeted .txt file only ,not on pdf files.