I did receive a nice TechEd speaker shirt.  Overall it was a great TechEd with excellent hands-on sessions, opportunities for networking.   I want to thank Kreszentia Kuhn for making it a great experience from an ASUG Volunteer perspective, and ASUG Volunteer Design Team Members Gretchen Lindquist and Kristen Dennis were a pleasure to work with.  Mark Finnern of course did the usual Mentor magic with some great experiences as well.

I am hoping in 2015 to find ways to better promote ASUG content at TechEd.

I received a nice SAP Lumira polo shirt from the great Matt Lloyd (thank you).  I also have the Data Geek shirt too.

What do I wish for Lumira in 2015?  I posted my ideas at Idea Place and hopefully others will too.  I would also like to see some great Lumira customer stories at ASUG Annual Conference 2015.  I look forward to hearing more about Lumira too at BI 2015 in March. 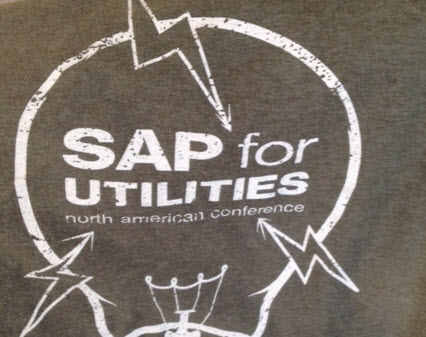 Next, 2014 was the first time I attended the SAP for Utilities Conference run by the Eventful Group.  It was my first time in Fort Lauderdale, Florida, which was a nice change of scenery from the familiar Orlando.  The event also had nice receptions on the beach.  The Eventful Group team went out of their way to ensure everyone got what they needed at the event.  It was also great to finally meet Steve Morris in person from Eventful.  You can tell from this Animoto video that everyone had a great time and learned a great deal.  Thank you Eventful and the ASUG Volunteers (especially Sue Daulton) for their work on this event.

For 2015 on the SAP Utilities side (not the conference) I hope to learn more about Key Topic: SAP Multichannel Foundation for Utilities 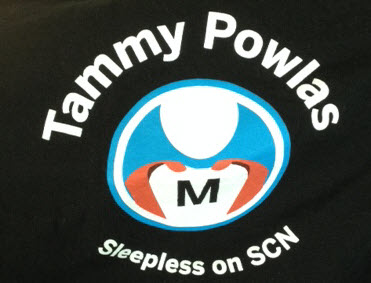 This shirt was another lovely surprise from fellow SCN members Jelena Perfiljeva Simon To Jeanne Carboni Marilyn Pratt to name just a few.  Thank you!

My wish for 2015 is that SCN members read, look and follow Ignoring moderation by Jürgen L

I am working on a project now, I have searched SCN myself for answers and while I don’t always find the answers on SCN, some of the posts and discussions make me think of another way to solve the problem.  I like to think of SAP CEO Bill McDermott’s book, Winner’s Dream, where he says don’t come to him with a problem without having a solution in mind yourself.  This is wise advice to follow, something which I wish I would have learned a long time ago.

Last, but certainly not least, the SAP Mentor shirt.  Why did I go back to 2010?  Because it’s cold out today and it’s Throwback Thursday.

PS: I'm looking forward to read a lot you have written 😉

Thank you for your year in review via shirts.  I suspect you may have left one out - perhaps this will give you a hint?

I second your wish for 2015 - and hope that our community members continue to learn and use this resource and we all help to make it even better.  Thanks Juergen!

Happy New Year to you,

Thank you for mentioning ASUG's TechEd Design Team. It was a pleasure to work with you and Kristen for me, too. I suspect that our team was almost too efficient, since so many people seem to think that the ASUG pre-conference and education sessions at TechEd are planned and executed auto-magically. 2014 was a great year, and I join you in hoping for an even better year in 2015.

Thanks Tammy, looking forward to work with you in 2015 again 🙂