Rudolph and the reality of reindeer

Reindeer are so closely associated with Santa Claus that many people assume they don’t really exist.  Unlike Kris, Kringle, reindeer are real and are indigenous to the Nordics, northern Russia and China, Canada and Alaska. Oh yes, and the Arctic – home of the North Pole.

Most people believe reindder and caribou are the same animal but a genetic analysis published in Nature Climate Change shows they are different, but closely related. In the words of Don Moore, a wildlife biologist for the Smithsonian Conservation Biology Institute, reindeer are a “mostly-domesticated race of caribou.”  Unfortunately their population is in severe decline – perhaps as much as 60%.

Reindeer can’t fly but they can swim up to six miles per hour. They partly owe their swimming skills to their coat. The hair that makes up a reindeer’s coat is hollow, trapping air, which provides insulation for warmth and buoyancy for swimming.

Rudolph’s shiny nose was designed to guide Santa’s sleigh but it may not have been needed. Researchers at University College London discovered reindeer are the only mammals that see ultraviolet (UV) light. As the lead researcher said, “reindeer can not only see ultraviolet light but they can also make sense of the image to find food and stay safe. Humans and almost all other mammals could never do this.”

By convention, we leave cookies and milk for Santa.  To give Santa the strength to make it around the world in one day, the milk should probably be from reindeer.  Reindeer milk is 20% butterfat and 11% protein; in comparison, cow’s milk is only 4% fat and 3% protein.

Oh, and one more thing.  Of the more than 45 speicies of deer, only female reindeer grow antlers.  Since males shed their antlers in early Winter while females shed theirs in the Spring, the odds are Santa’s sleigh is powered by females.

Maybe Rudolph should have been called Rudelle.

This blog was originally posted on Manage by Walking Around on December 22, 2014. 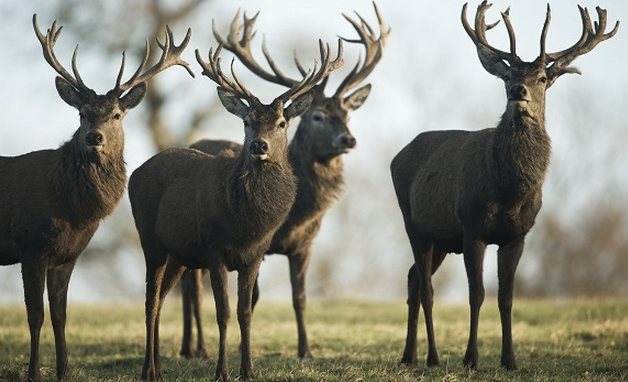