Progress Analysis with SKF in PS

Here, the SKF category ‘Fixed Value’ is used. Usually Fixed value is used when the SKF does not change very often, as in the case of number of employees, area etc. The rest of the document will consider the fixed value type of SKF. 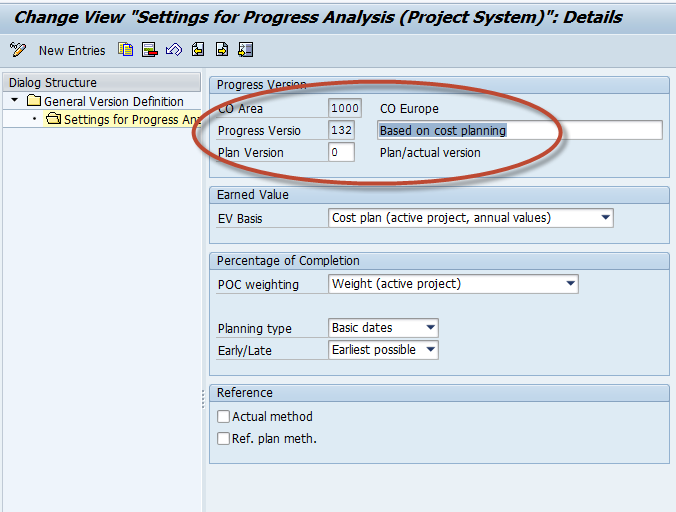 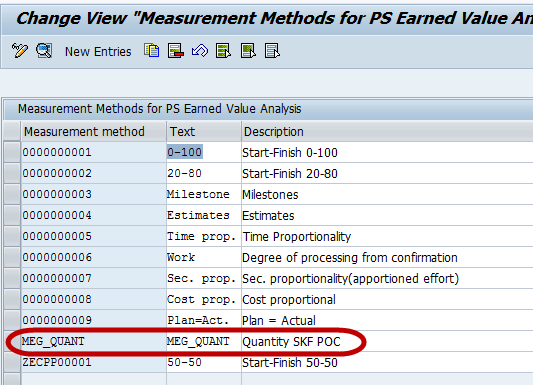 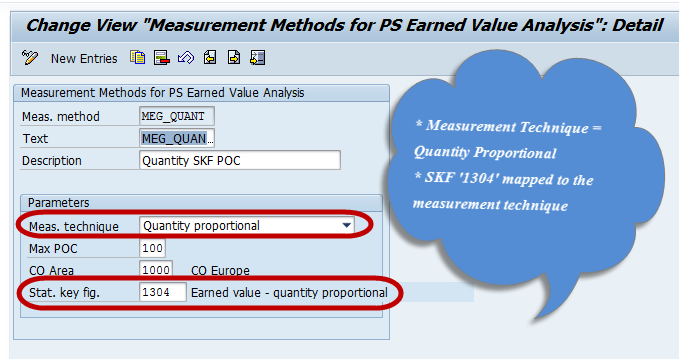 Here, both the planned and actual measurement method has been taken as : MEG_QUANT.

If the SKF is defined is a ‘Fixed’ category, then the value of the key figure entered in one month will be used for the remainder of the fiscal year.

If the SKF is defined as a ‘Total’ category, then the value of the key figure entered in one month will be used in one particular month and not the following ones. 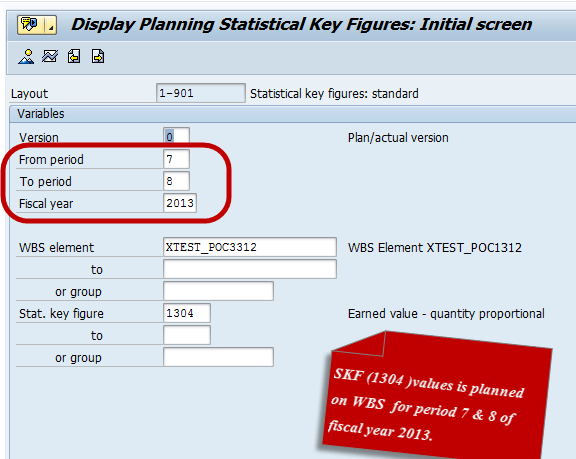 In CJ20n, the dates tab will have dates which will show the period for which the SKF was planned.

Transaction for posting actual SKF values for WBS is KB31N 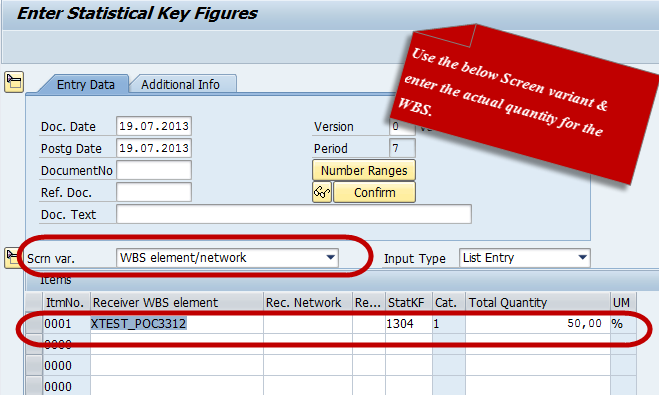 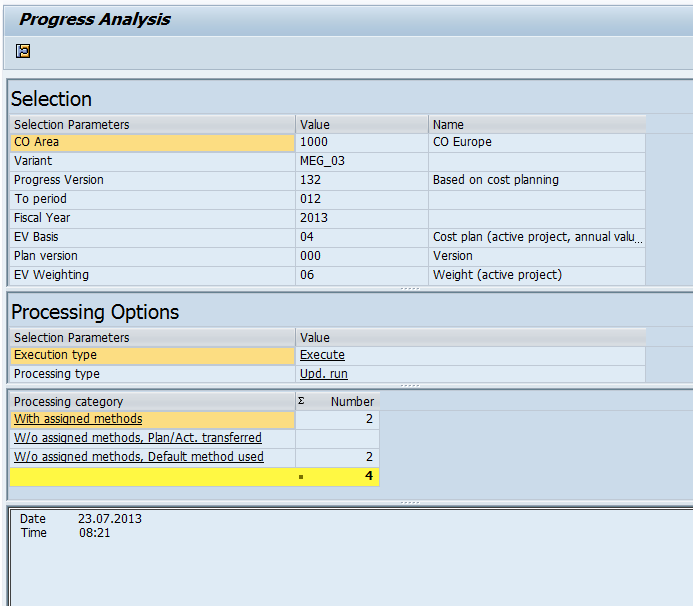 Run Transaction CNE5 for checking the POC for the project 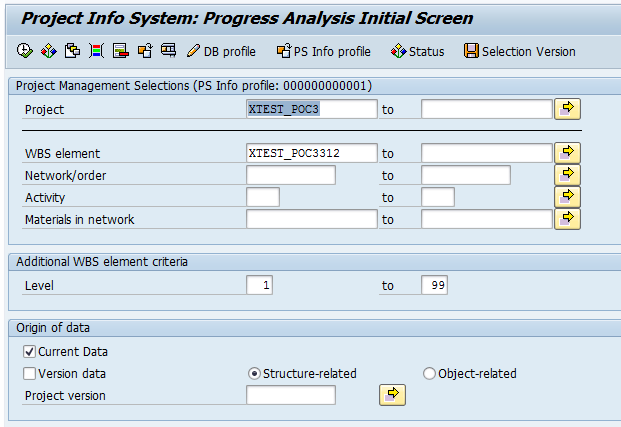 Transaction for displaying SKF data both planned & actual is S_ALR_87013548 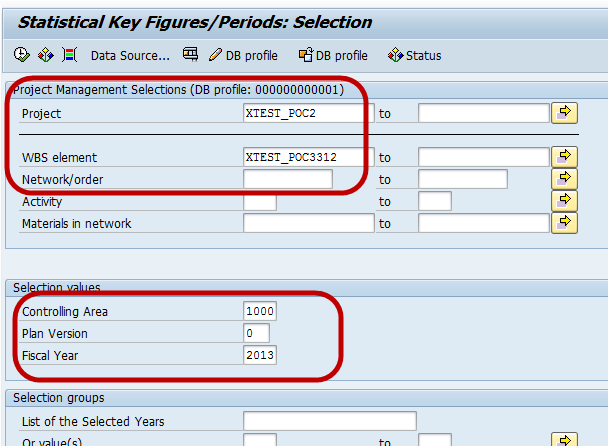 On running this standard SAP report

The actual and planned SKF values above are the average values across all the periods. 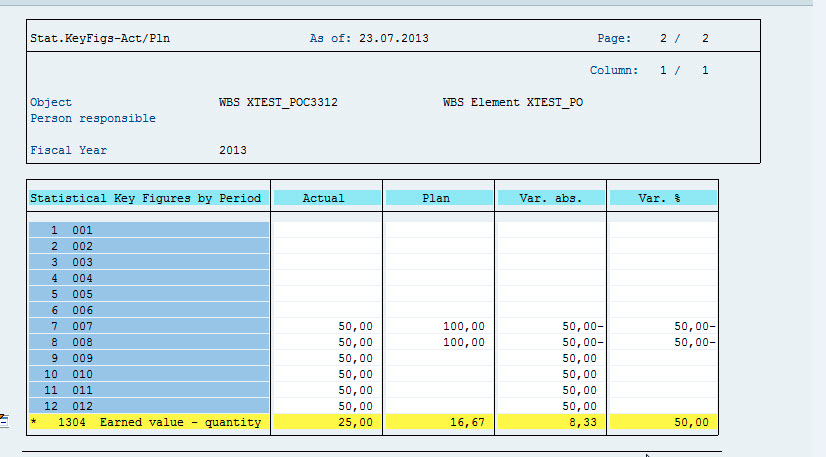 Hope the document will provide an insight into the SKF and progress functionality and how it works in PS. I have mentioned below a few importanat notes which have the recent corrections in the SKF area in PS.

Nice work Meghana..Maybe at a later stage you can add the business requirements to the document. And other methods as well 🙂 Like Milestones or Time Propotionality

Am sure to work on something you mentioned in the coming year.

Thanks for your input.

Good work Meghana..It will be very useful for the beginners. Keep posting the next document with any Business scenario. All the best.

will do better next time.

Its really a nice document to start on Progress analysis.

Waiting to see more add-on's on the same,

Will work on it more.

Hi Meghana!  Your document is being very useful! Thanks! I'm a begginer SAP PS and I have some doubts about how maintain progress version. I already created a progress version in transaction SPRO, but it's not working. If you could help me with something... Thanks in advance.

The issue has been solved.

Hi, Meghana, thanks for your input, at present I´m working with that procedure, however I don´t know if it´s possible that the system calculate the Plan POC on a daily basis with Statical Key Figure

Thank you for documenting the Process and the Configuration.

I would suggest to include the missed out screen print of the Configuration of Progress Version to make this document complete in all aspect.

Thank you for your input.

I have added the necessary snapshop of the customizing for the progress version.

This looks a comprehensive document now.

Thanks for sharing this document.

I replicated the same in my system but found that POC values are not updating in CNE5 report but they are being updated in S_ALR_87013548 report.

WBS dates were from period 01 to 04 and I planned and posted for these periods.

Kindly suggest what's missing in that.

Its really a Good work.

Can any one tell me, how to plan SKF at activity level.

In Cj20n , i am not able to see SKF tab as mentioned in above doc. 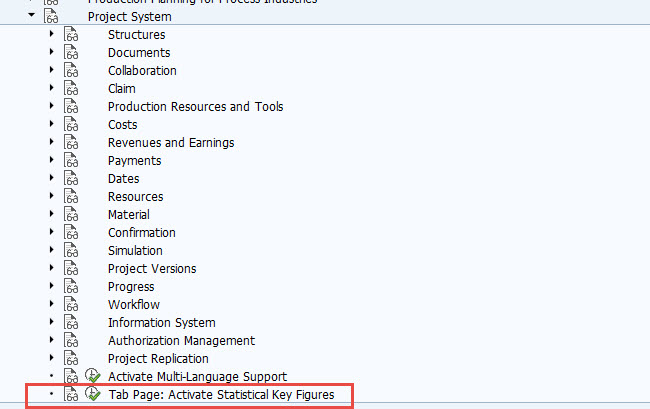 You have to activate the SKF for activity in SPRO for activity...Only then you can view the tab on activity level.

Thanks for ur reply

I have check SPRO , but these options are not available in my system.

I have activated a business functionality to achieve SKF tab in CJ20n and i have planned SKF at WBS level which i can see on S_ALR_87013548.

Similarly i have planned SKF at activity level , however i am not able to see the same in S_ALR_87013548.

Kindly put some light on this issue

Can anyone tell me why T.Code CNE1 don't run with me?