Normally we use flat file loads to SAP BW loading either to DSO and/or info Provider with an assumption that the file sent is always with the delta changes. Otherwise, we will drop and reload the DSO/Info Providers every time we receive the files. These approaches are fine if the file size is reasonably small which does not take lot of the processing time to complete the data loads. In case, we have huge volume of data and have additional upward layers to feed the same data, this approach is time consuming and process centric. Here we are going to discuss the design option to overcome data issues in the file such as nullified/deleted records in the source that need to be deleted in the upward Info Providers as well.

Sudhakar Reddy Peesu is an SAP Technology professional with more than 15 years of experience leading SAP BW/ABAP implementations, developing custom applications, and developing IT strategy. He is a PMP certified manager, has led BW/ABAP teams with hardware and landscape planning, design, installation and support, and development teams through all phases of the SDLC using the onsite/offshore delivery model.  He has strong communication, project management, and organization skills.  His industry project experience includes Banking, Consumer/Products, and Public Sector industries

Anil Kumar. Puranam is working as a Senior BW/BI Developer in Deloitte consulting. He has more than 9 years of SAP BW/BI/BO experience. He has worked on various support/implementation projects while working in consulting companies like Deloitte, IBM India, and TCS.

In phase of moving our applications from legacy to ECC systems, we need to extract historical as well as every day transactions to BW through flatfiles. Most of the time, we need to bring the data from legacy applications to BW as full loads until and unless the source applications are capable to generate deltas. When the tools are not capable to provide the deltas as like as ECC systems, we build the DSO layer as the staging layer. And also we can use Info cube as the target to load the data directly from the cube. If we choose the later approach, then we can build a custom logic to build the before images with reversal values.

Here is the solution that helps us to generate the delta records while loading the data into the cube directly without any intermediate the DSO layer.

The below picture gives the data flow overview: 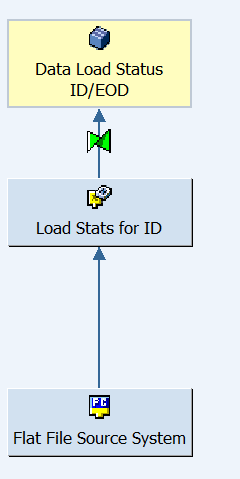 In order to understand the business scenario better, the below example is discussed with some sample data and behavior of delta mechanism.

Note: Sample data provided is only for requirement understanding; it does not contain any data from the client (Actual Data).

Important points of the data: 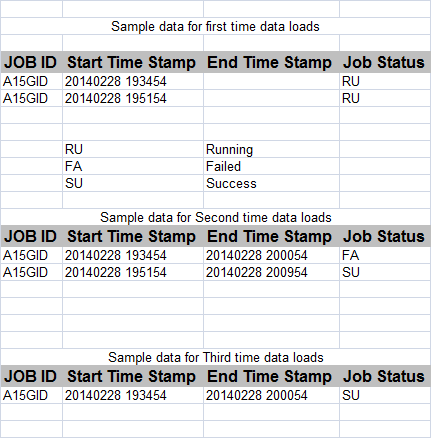 The file content that we receive from source is not having the information about the before image and it always provide the latest information for the combination of job and Start time. We see this sort of challenge more often for the flat file loads from legacy systems into BW.

We can choose DSO layer as intermediate layer to generate the delta records to ultimate target Info cube. However the possibility to use DSO layer is really challenging if we have below situations:

We can choose the option of loading to cube directly from data source, but the challenge is how to manage the changes for already loaded records into the cube.
For ex: in the above screen, we can see that job ID “A15GID” with start time stamp “20140228 193454” has been changed from Running to Failed and to Success in three files that we have received.

In order to address the above technical challenges, below approach is followed.

Approach to overcome the Challenge:

We can use below methodology to overcome the challenge: 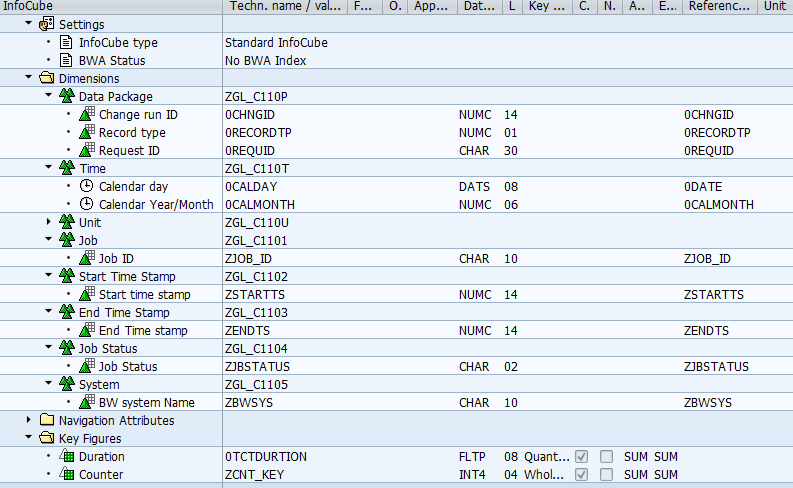 Step 2: Created a Data source to the load the flat file. Here we have used the ZTIME conversion for converting the timestamp value that we receive from source into BW internal format. And also we have developed custom conversion Function modules like CONVERSION_EXIT_ZTIME_INPUT and CONVERSION_EXIT_ZTIME_OUTPUT. The codes of the function module are also attached at the end.

Highlights of the code

Both codes used in the End routine and Function module are attached at the end of the document.

The below screen highlights Key points of the code used in the End routine. 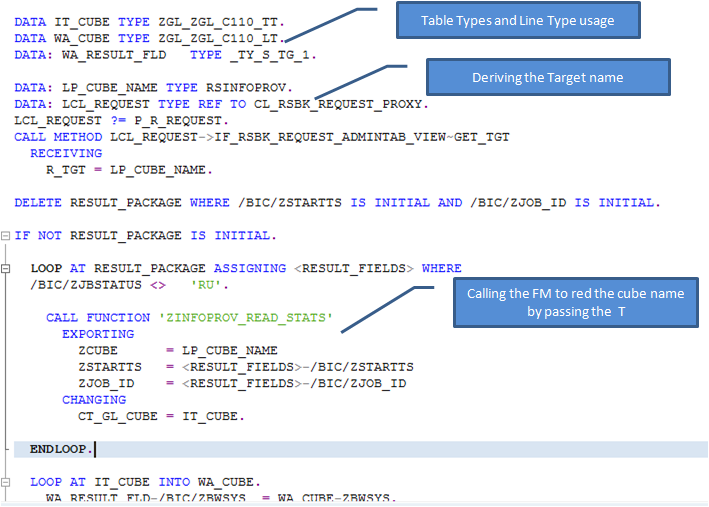 Data in the Target cube after each load:

Appendix A : code used in the End routine:

IF NOT RESULT_PACKAGE IS INITIAL.

Appendix B : code used in the Function Module:

* G_T_DATA = an internal table that can hold the result set

* For the following characteristics / navigational attributes values
* should be returned:
*

* For the following key figures should be returned:
*    0TCTDURTION, ZCNT_KEY

* The reading module is called:
* for demonstration purposes, the result is retrived in packages
* of size 10.

* — this variable will be set to TRUE when the last data
*     package is read
g_end_of_data = rs_c_false.
* — this variable indicates whether this is an initial
*     call to the reading module or a follow-up call (which
*     simply retrieves already selected data)
g_first_call  = rs_c_true. 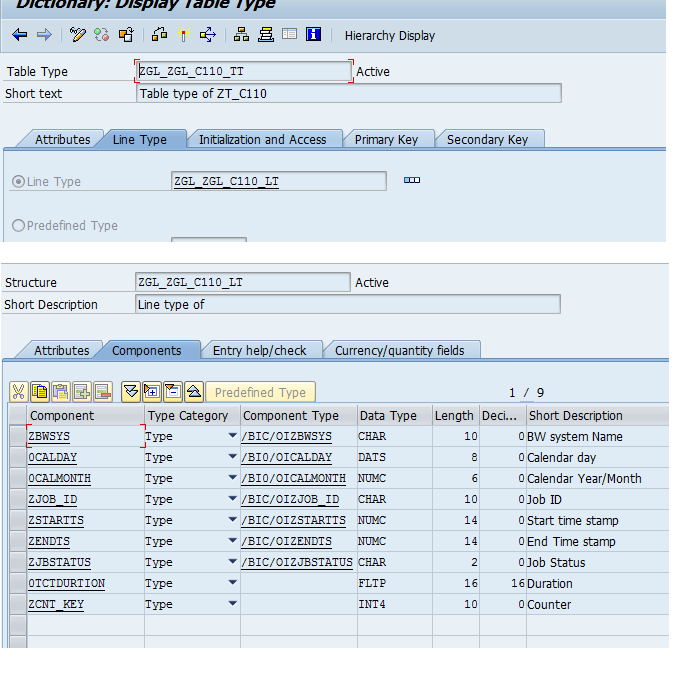