These are the primary driving factor for any SAP Upgrades.

Planning, Pre-requisite and Prior activities:

Following consideration is required for any successful upgrade within feasible timeline:

Infrastructure and platform study needs to done using the SAP product availability matrix (PAM). Using SAP PAM we can check the availability of newer SAP on specific OS and Database version. Below attached is the sample screenshot of SAP PAM (https://service.sap.com/pam). 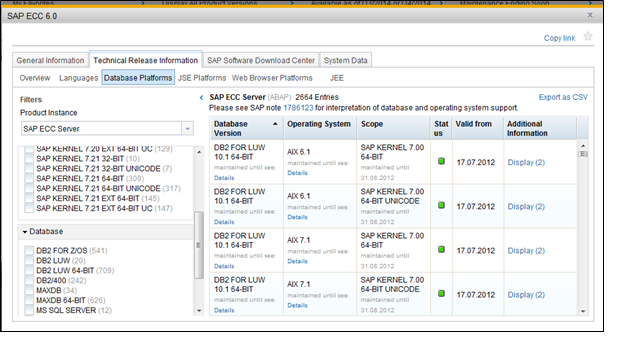 To know any upgrade dependencies between systems in SAP landscape SAP UDA online tool can be used to check SAP component dependency. SAP UDA tool is accessible via two ways:

This will help in:

Below sample dependencies can be generated using SAP UDA tool. 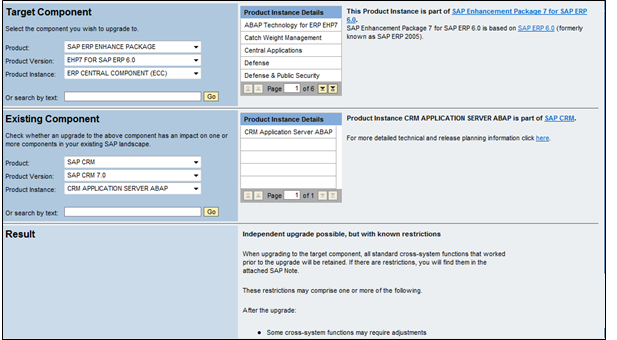 Using above results we can develop phasing concept in upgrade phase. We need carry out an analysis of the systems to be upgraded to determine the inter-dependency between the various system components to be upgraded. Sample analysis is highlighted below: 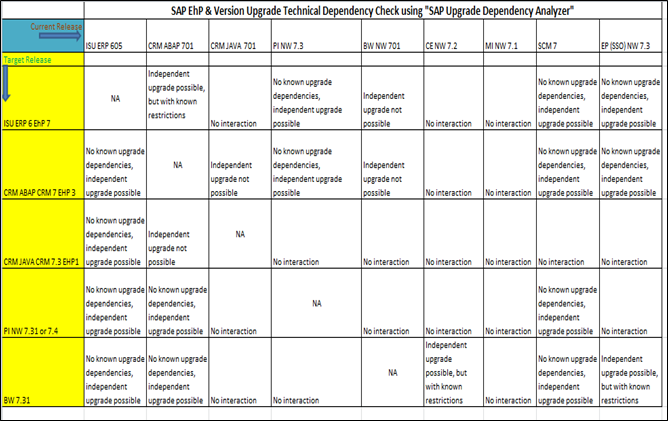 The outcome of the mapping will help in identifying the systems which are not dependant on the others, and hence theoretically can be upgraded on a separate track independently.

The Software Update Manager checks the consistency of planned change and technical system where the change should be applied.

The upgrade strategy is one of the main factors in determining how much downtime is involved. The SAP SUM tool offers following two update strategies :

Downtime minimization strategy using shadow instance technique of SAP’s Software Update Manager (SUM) tool is used to reduce the downtime during the Upgrade process. The Process overview report generated from SUM Tool during Test and Pre-Prod upgrades will also help in estimation of downtime required during the production upgrades.

Following are the major consideration of downtime minimization: 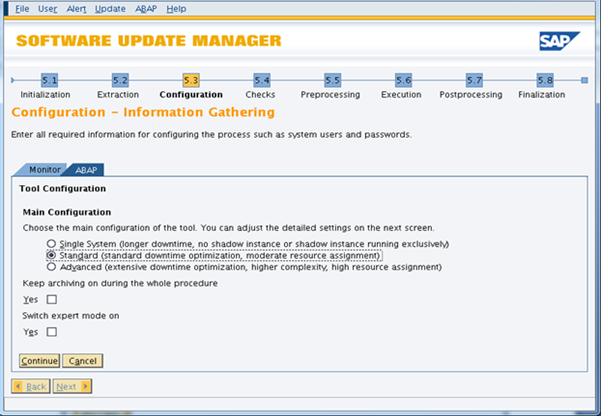 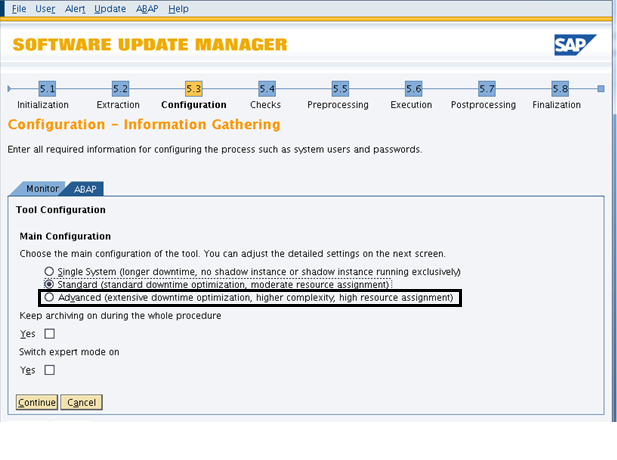 Temporary increase of approx. 10%. in CPU & RAM and additional DB Storage of around 20-25% will be required for Shadow-technique to minimize downtime. However this needs to be analysed during the assessment/preparation phase of the project.

Nice document ... Thanks for sharing ...

Good to know information. Thank you!!!

Hi Guys Looking for a project plan ..or detailed plan for proper Project plan for the EHP7 + Unicode conversation. Show downtimes etc…. Provide estimated timings as I know you cannot be 100% spot on. I want to use combined upgrade and unicode conversion (CU&UC) method which will minimize your downtime and use migration monitor using parallel export/import. I believe it is applicable for both ECC and BW.” Can anyone help I have read the procedure just looking for a plan to put togetehr