I was blogged forward by Andy Kupfer. Andy and myself work together in the PLM message solving team which I joined this year.

My name is James Dunne and I am working for SAP 4 years in January. I’m originally from County Offaly but have lived in Galway since 2005. Before SAP I have worked in some very different jobs such as Architecture, a bike shop, a cycling touring company and I even had my own business for a few years! Way before all of this though I spent a year and a half backpacking literally (no fancy hotels for me back then!) around the globe. My adventure continues these days in Galway with two kids (2 years & 4 months old!)

Share a fun fact about my country that people do not know:
Galway’ history dates back around 800 years and its name comes from the river Gaillimh (River Corrib) that formed the western boundary of the earliest settlement, which was called Dún Bhun na Gaillimhe (“Fort at the mouth of the Gaillimh”). The word Gaillimh means “stony” as in “stony river”. In common with many ancient cities, Galway has its own origin myth. According to this mythic version, Galway is named after Gaillimh (Galvia),  the daughter of a local chieftain, Breasail, who drowned in the River Corrib. The surrounding area became known as Áit Gaillimhe (Galway’s Place). The city also bears the nickname “The City of the Tribes” (Irish: Cathair na dTreabh) because “fourteen tribes” of merchant families led the city at one time. 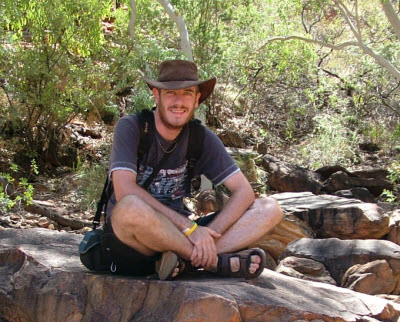 Share a fun fact about myself that people do not know:
– I once cycled from Dublin to Geneva and then drove home!
– I have also cycled up the famous Alpe d’Huez mountain in France and from Mizen head to Malin head in Ireland.
– I climbed the highest mountain in each of Ireland’s four provinces on the same weekend!
– I spent a night at Mount Everest base camp. Got no further I am afraid though!

In my Dream’s:
– To cycle coast to coast in the US
– To travel to Antarctica
– To cycle the Tourmalet in the Pyrenees

If you could invite 3 people (dead/alive) to dinner, who would it be and why?
– Tom Crean: One of the worlds first explorers to travel to Antarctica and believe it or not from Kerry. You would find the Irish anywhere!
– Marco Pantani: Pure legend of a cyclist even with all the drugs!
– Neil Armstrong: To find out did he really go!

– Share a fun fact/story about yourself that people don’t know
– What is your personal life dream?
– If you could be a super hero (or are in your spare time) who would you be?

I hope you enjoyed my BIF! Feel free to comment or ask me any questions you’d like in the comments below! Please remember to follow the Blog It Forward Chain in order to be updated when the people you “Blog It Forward” to post the links to their “Blog It Forward

Let's have a pint of Crean's next time we are in Kerry!

Great adventures! I've been up to Everest Basecamp myself (but also no farther). I spent almost four years working in Antarctica -- definitely go, however you can find a way to swing it. Oh, and I bicycled, not coast to coast, but border to border, from the Canadian border to the Mexican border down the US Pacific coast. Seems like you and I have a lot of similar interests! I'm not doing so much on the cycle touring these days, though. I love the Galway history/mythology, with the multiple different place names.

This post is interesting. Thanks for sharing the info.