It was a pleasure to work as a part of the organizing team on this year’s SAP Conference for EPM which took place in Chicago in October 2014. As you’ll have seen from my previous blog posts, we had some terrific customer speakers attending, including Lexmark, Owens Corning and City of Henderson among others.

But as well benefitting from such customer support, the event also benefitted from the support of our fabulous sponsoring business partners, who in many ways were instrumental to the show’s success, having worked with many of these customers on their software implementations.

We were lucky at the show also to have our intrepid interviewer Karuna Mukherjea along with her roving camera crew, ready to capture our business partners on video, so that we could hear them talk about their own experiences in EPM and the plans they have for the future. Some other videos have already been shared in my prior posts, but here I have three more short clips for you of interviews with Tartan, VantagePoint and IBM. 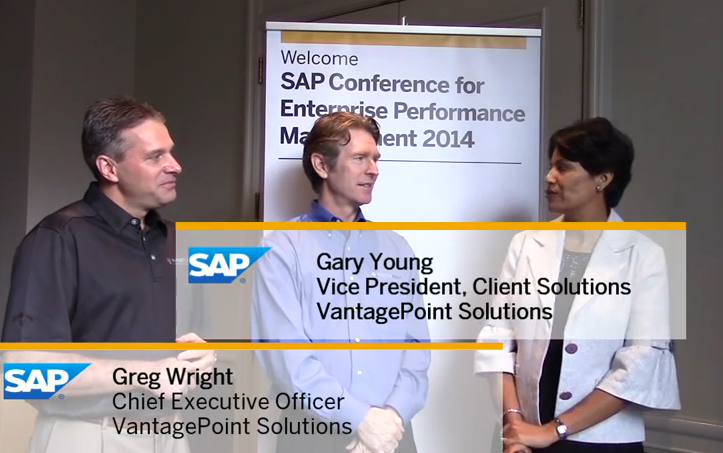 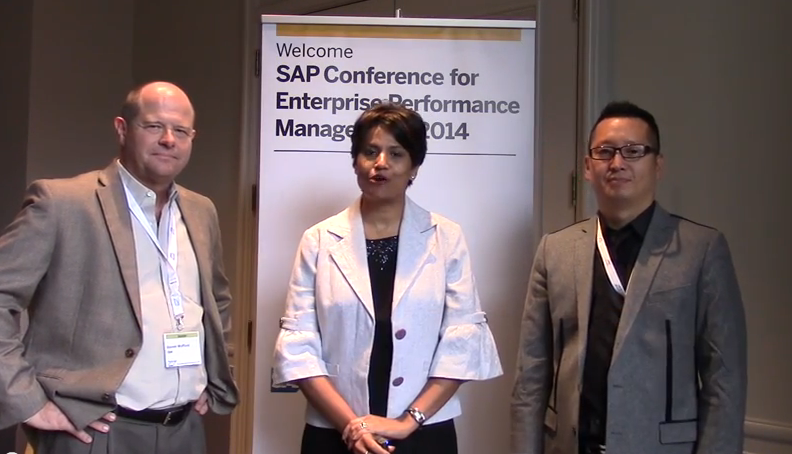 Andrew Joo and Steve Woffard from IBM talk with Karuna