QR Codes.  We have them as designers when previewing our dashboards locally in Design Studio client, so how can we provide them in usable ways for our users?  I thought about one case to address two (delectably annoying to me) habits I see daily:

Let’s say that you as a business user, are using a Design Studio BI Application, and want to print out your current view and go photocopy 10 copies for your meeting you are heading to…

Similar to the printout habit, many times we need to take a static screenshot for a more composite and controlled presentation and so the habit goes that we end up taking the safe way out and making a static artifact out of it.

How can we make this better?

I’m not on a crusade to eliminate printouts or PowerPoint decks.  I’m of an opinion you do not remove habits unless you can replace them with better ones.  I think that QR Codes serve a potential for fingerprinting an artifact in either case mentioned above to allow recipients to track back to the source.  This is somewhat similar to QR Marketing Codes but maybe a bit more useful in a workplace environment.  Let’s use a very simple DS Application as a starting example: A simple BI App with a dropdown to filter a dataset.  Of course we know that then for a PPT or Printout is then a static artifact in these 2 cases.  So how can it improve?  First thing comes to mind are hyperlinks, which may work for PPT decks.  But even with PPTs, in our organization I often see people just print those off so links end up being unclickable or unusable when the titles are not the URLs themselves. 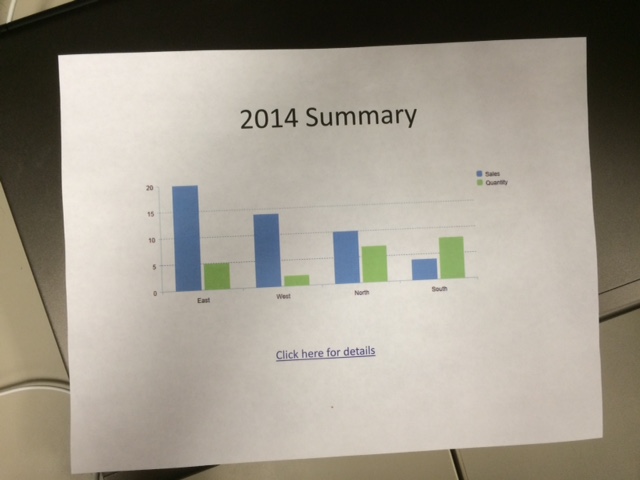 I have to admit I have a few annoyances here:

So while I don’t think PPT Scrapbooking will ever be eradicated, we can at least offer some usability alternatives that might sometimes survive a printout or deck. 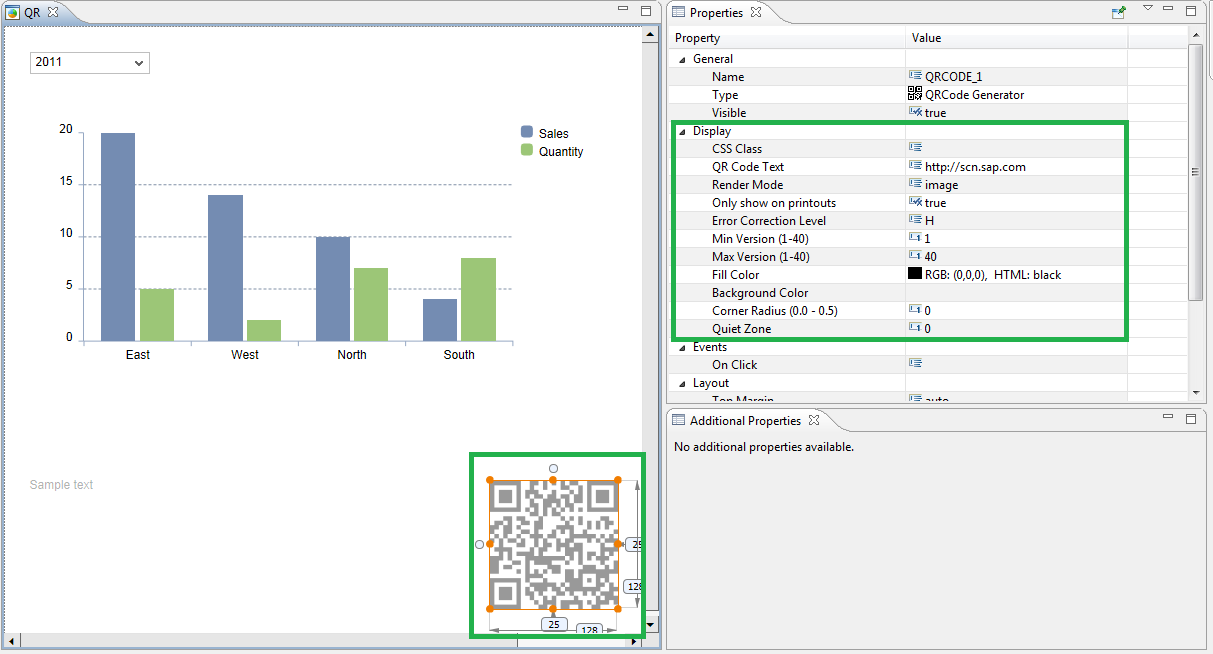 Here we have the sample BI App at design time with a QR Code component highlighted.  The JavaScript library I used was jQuery.qrcode · generate QR codes dynamically · larsjung.de That link will explain some of the QRCode parameters better than I can, but some of the relevant ones are:

Most of these properties I also have the corresponding BIAL setter/getter methods exposed for as well.  For example, I also have some BIAL to build a URL that will change the QR Code at runtime: 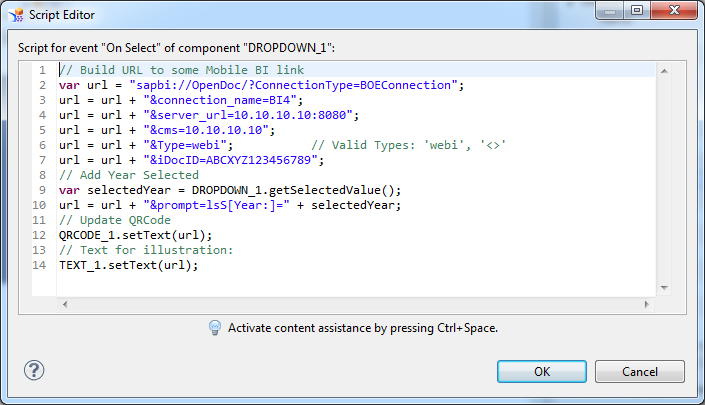 Basically, in this example, as the Year selection is changed, it builds the corresponding BI Mobile OpenDoc URL that could be use to trigger an opening in the BI Mobile app.  (http://help.sap.com/businessobject/product_guides/boexir4/en/433_mobiOS_admin_en.pdf section 2.9.3 for details on the URL formation).  I also added a text box just to show for illustration purposes the resulting URL as we toggle between Years.  This of course doesn’t have to be a BI Mobile link, it could be whatever makes sense, but in this case I wanted to show the potential use.  So here we are at runtime: 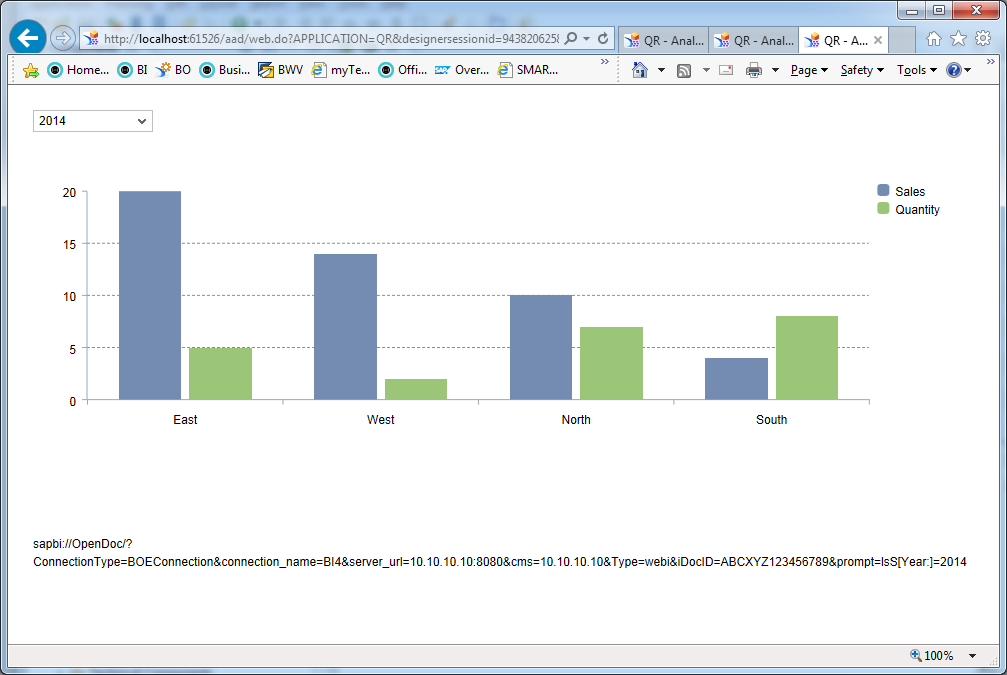 And let’s print it out: 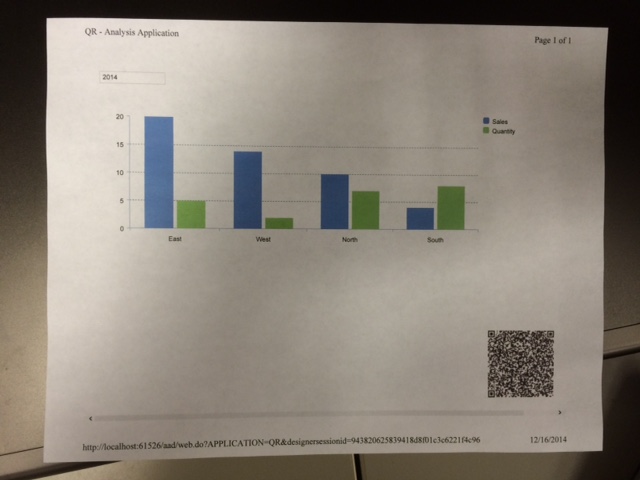 Hey, nobody said QR Codes were pretty, right?  🙂   But maybe with a little bit of formatting and creativity, they can be incorporated in a cool way like some of the QR Marketing campaigns have tried in the past.  (Maybe.) I’m not a graphics artist, but you could place a visual cue and add some coloring or roundness to this QRCode (the Corner Radius parameter) to give it some illusion of a personality.  And of course you’d probably want to make it something you could dismiss and hide with a button somewhere in a real-life example.

So while there’s nothing to prevent a PowerPoint scrapbooker from just cropping out QR Codes, maybe in certain scenarios may choose to scrapbook them in as well, as to retain working links that are more resilient to their own printout issues?

So whatever the form, using your favorite QR reader, let’s see the proof that it works!  Again, I used Red Laser as it honors the sapbi:// registered URL.  QRReader, a different app, did not (but at least showed the URL) – Your mileage may vary depending on your QR Reader. 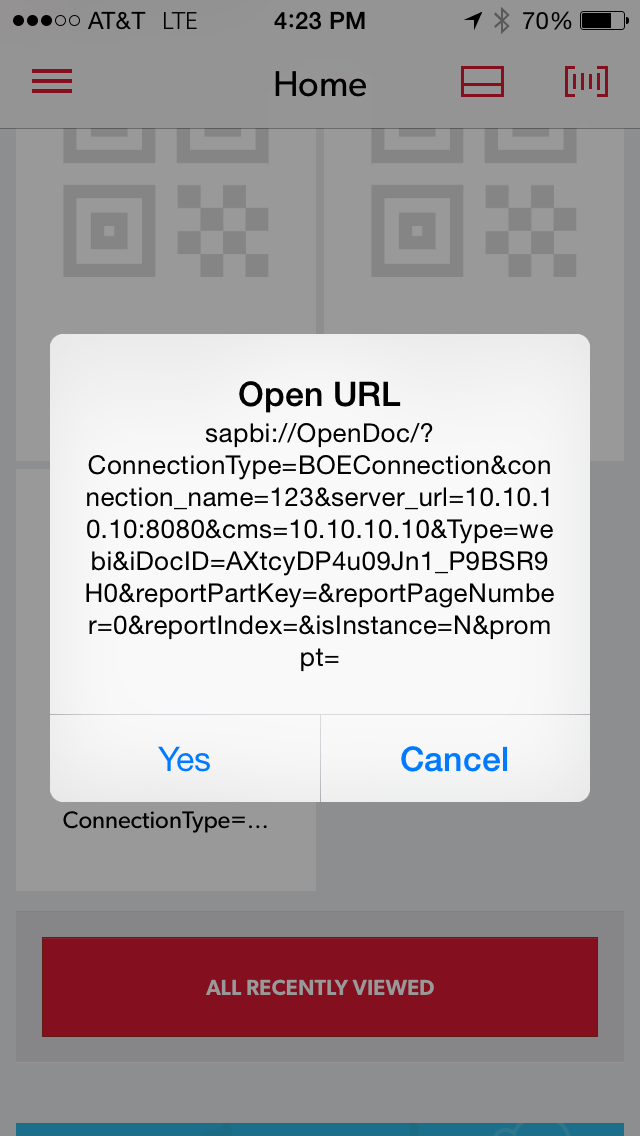 Answering Yes this launches the BI Mobile App (with the dummy placeholder values but we can see it should launch the correct app): 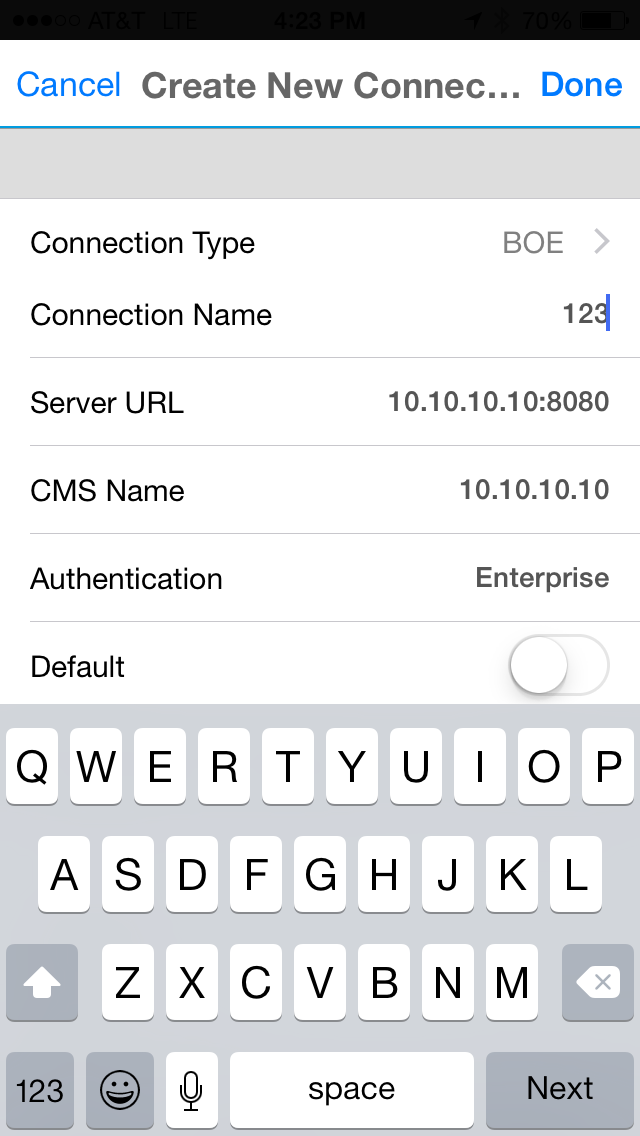