My name is Christophe Sturzel. At the first glance it sounds like a German name but I come actually from France from the Alsace region.
I am 51 years young and have been living in Ireland in County Meath since 1999.

I joined SAP in 2001. After 4 years in SD Product support I am now in CRM Product Support Team for 9 years.

I like this title ‘about my country’ as I have lived in several places/countries so I will highlight the main places I have lived below (by keeping it as short as possible). Of course I would first associate my Country with France and my home region Alsace from which I come. The geography and history of Alsace is very unique. Alsace has changed nationality 4 times since 1870 from French to German to French again. It is located on the west bank of the river Rhine and landmarked by the Vosges mountains on the west which again form a sort of natural frontier on the West from the Lorraine region. Alsace is known for its good food (served in generous helpings) and its variety of wines, mainly white wines and Pinot Noir.  Arsene Wenger, the Arsenal football/soccer coach comes just from a few kilometres from my home village and so does Sebastien Loeb the rally driver – needless to say I am very good at football and driving.
My mother tong till the age of 4 was Alsatian, a Germanic dialect mixed with French words, sometimes modified or with a varied pronunciation.
Here is a small fun fact about my homeland.  The village I come from is called Schwindratzheim, yes it is pretty unpronounceable. It has changed name about ten times within 2 millenium. The first name was apparently Schwindradovilla under the Roman Empire.

Already as a kid I always wanted to live somewhere other than where I actually did.   I lived in Alsace close to Strasbourg till I had finished my studies age 21.  I then had to serve the French military service (yes it was still compulsory then, not any more) and choose Berlin to serve in the French army in the then French Berlin sector. To be honest I hated the army but loved Berlin. I decided to stay in Berlin after the military service and worked for a German multinational (not SAP) for 2 and a half years.  Berlin was still an island and surrounded by the Wall. Berlin was very cosmopolitan, much more than any other German city at that time. At the very beginning I met a few Irish and so began my love affair with Ireland. They became immediately good friends and introduced me to a great Irish community. My best friends were mad into alternative filming and quickly I became a member of their logistic team which allowed me to meet interesting people, camera men, actors or wannabe actors, it was all a bit messy and non-pretentious but immensely enjoyable The most historic fact I witnessed in Berlin was of course the Fall of the Wall in 1989.

After 3 years in Berlin I decided it was time to move on and I moved to Paris and lived there for 12 years. Paris of course is a fantastic city and I had a great time. I got married to an Irish lady (who incidentally I met in a lauderette in Berlin!) and in the late 90s we decided to move to the then booming Ireland. I live now in Ireland for 15 years and we have 3 children. In our home we speak English and French. Recently a friend asked me if I am homesick for France, but honestly no. I live here now for so long that Ireland has become my home and I am lucky to have kept good friends in France. I don’t meet them too often but they remain good friends no matter how often I meet them. I love travelling, photography and enjoy playing tennis.

Below a few pictures.

1) The Deansrath Coderdojo Kids (Coderdojo is a computer kids organization with a lot of fun, and numerous SAP employees from Dublin volunteer for it, for details see https://coderdojo.com) at the DCU in Dublin during the Coolest project in June 2014. 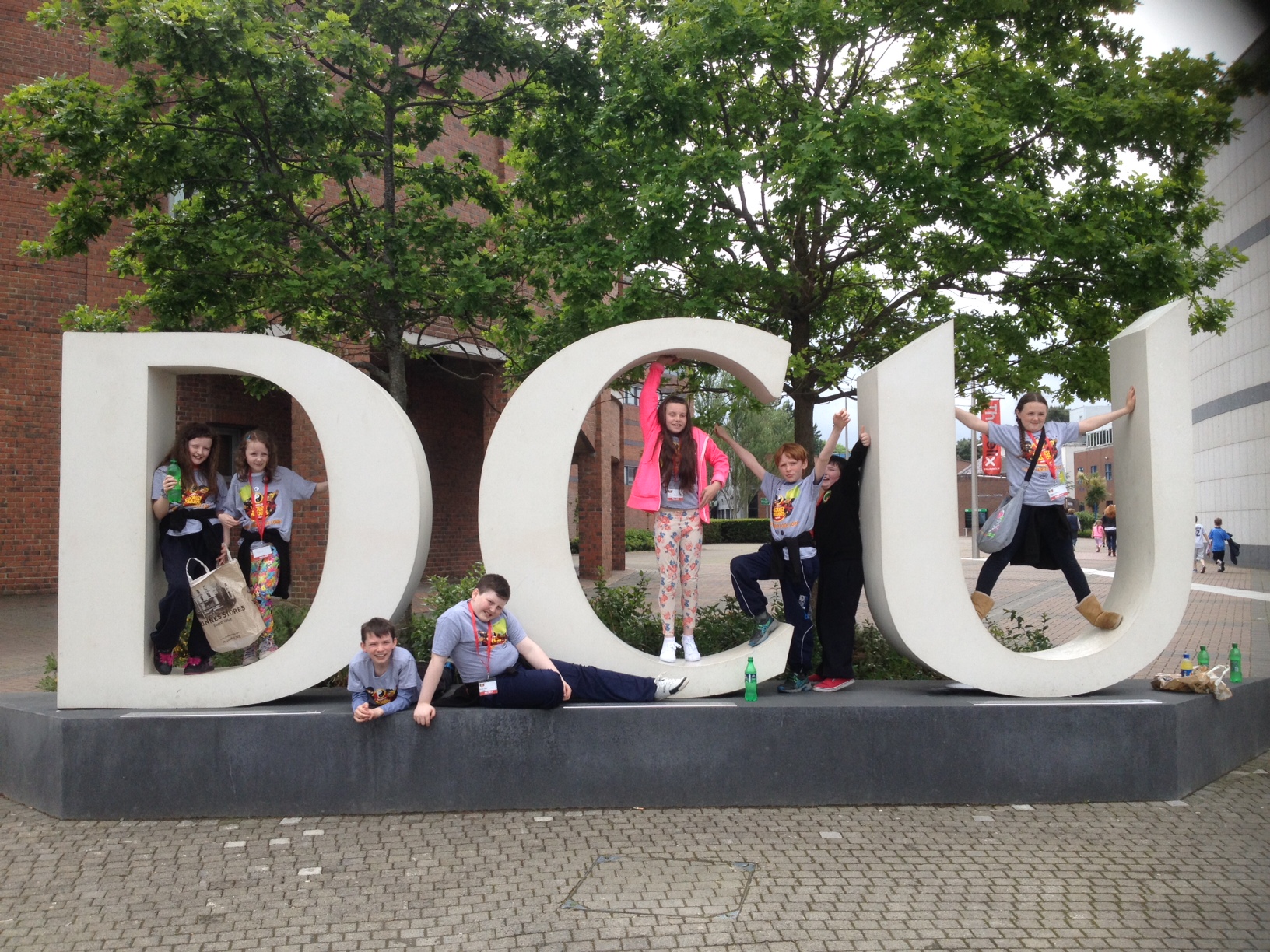 2) A pic during the EU code week in a school close to the SAP office in Dublin (I am the one in the middle….) 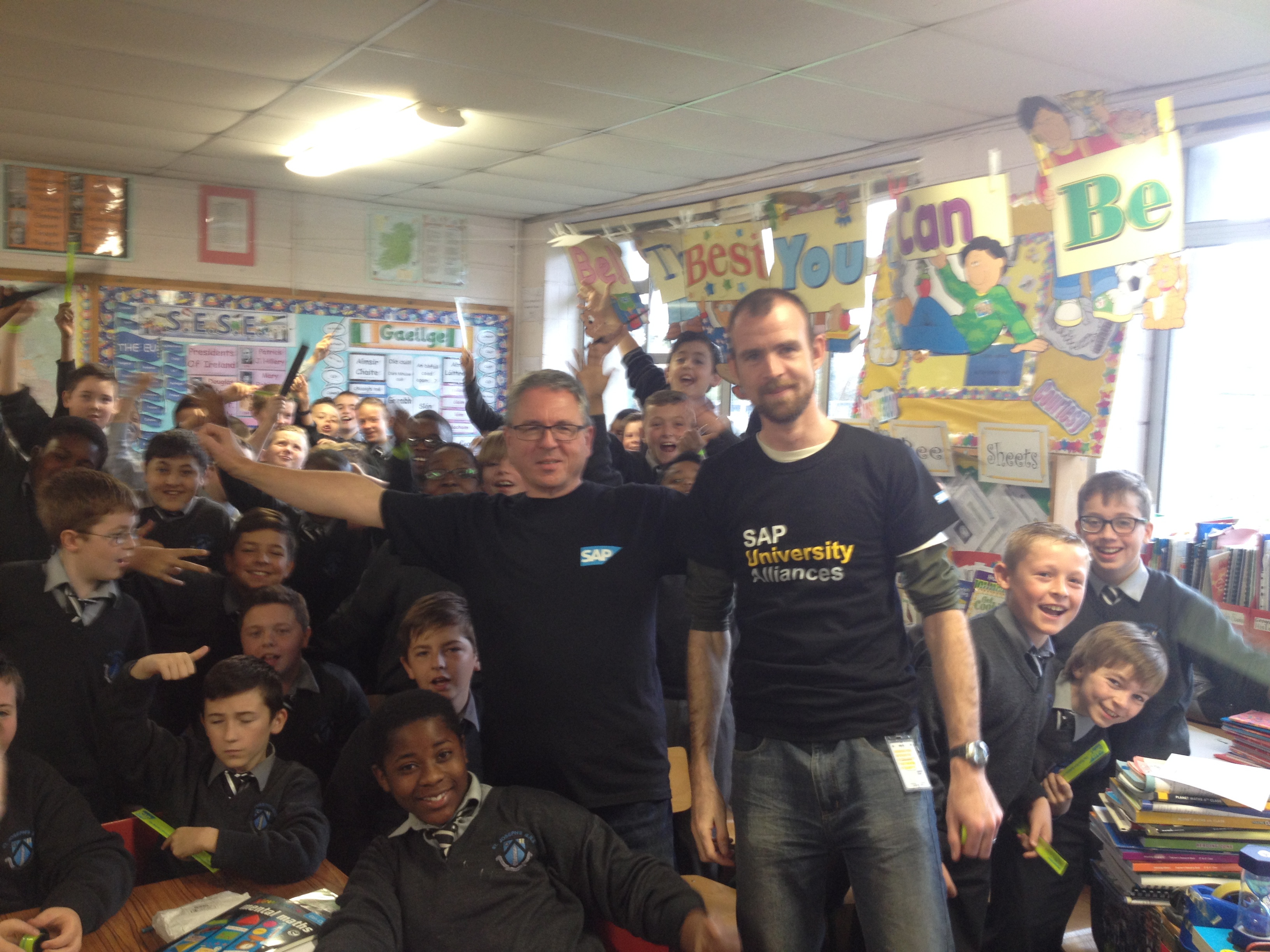 3) As I love photography I thought I add my favourite picture of this year taken in Cape Elizabeth in Maine USA this summer. I realy like reflexion pictures and if you reverse them it nearly always feels like an impressionist painting. So here the pic and the reverse one. 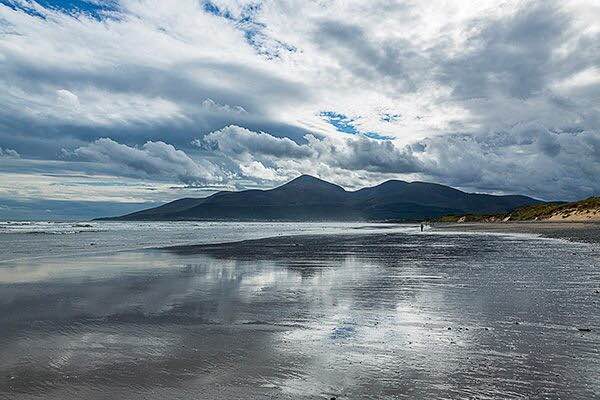 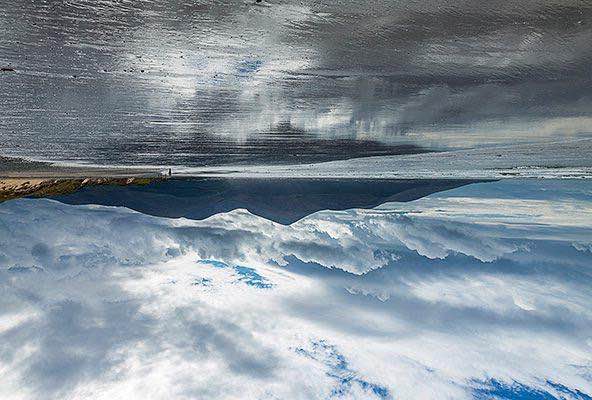 Here are the questions I was asked :

2. What is you personal life dream?
I have a lot of friends passionate about travelling, some that I have never met or not met for a long time, so my life dream is very simple, a big gathering with all my friends.

3. If you could invite 3 people (dead/alive) to dinner, who would it be and why?
It would be Nelson Mandela, Freddy Mercury and Andre Agassi and we would have a nice dinner beside Lake Geneva.

1.If you could improve one aspect about the environment what would it be ?

2.What is your dream holiday destination ?

3.Share a fun fact/story about yourself that people don’t know

I hope you enjoyed my blog.

Great Blog Christophe. Thanks for sharing!

Great story, Christophe. It seems you are a true Alsatian at heart, changing your own nationality (or at least your own geography) multiple times, between France, pre-fall Berlin, and Ireland. My wife is an ex-pat from France as well, but her family traveled quite a bit, so she grew up more in Africa than France, and now she has been in the US since 1995. People ask her the same question they ask you, things like "How often do you go back home?" and she always responds "This is my home; I live here," because she has now lived in the US longer than any other country.

The photo from Cape Elizabeth is beautiful, with the play of colors and reflections.

Thank you for your comments.  Yes once you have left your 'homeland' you sort of get over it after several years and try to keep the good bits....

Superb BIF and Millon likes for your photography pic !!!!

Thank you for yours wishes and Belated merry Christmas and Advance Happy new Year !!!

Hello Christophe, Good to know more about you and I liked your photos, it is amazing to see the other side of you. Thanks & Regards, Neha Gupta

Nice blog Christophe. Thanks for sharing.

I hope to visit Ireland again someday in the future.

Nice blog.. liked the snaps clicked by you

Great Blog Christophe, been sitting beside you for years but so many interesting facts about your life I never knew until now!