This is your opportunity to get in touch with world class experts, learn about leading edge science and technology topics, and exchange views and opinions with them directly.

The next session will be on 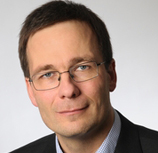 from the University of Karlsruhe (KIT)

For many applications, the data sets to be processed grow much faster than can be handled with the traditionally available algorithms. We therefore have to come up with new, dramatically more scalable approaches. In order to do that, we have to bring together know-how from the application, from traditional algorithm theory, and on low level aspects like parallelism, memory hierarchies, energy efficiency, and fault tolerance. The methodology of algorithm engineering with its emphasis on realistic models and its cycle of design, analysis, implementation, and experimental evaluation can serve as glue between these requirements. This talk outlines the general challenges and gives examples from my work like sorting, full text indexing, and graph algorithms. Particular emphasis will be given on aspects that may be interesting for SAP HANA.

Prof. Dr. Peter Sanders received his PhD in computer science from Universität Karlsruhe, Germany in 1996.  After 7 years at the Max-Planck-Institute for Informatics in Saarbrücken he returned to Karlsruhe as a full professor in 2004. He has more than 200 publications, mostly on algorithms for large data sets. This includes parallel algorithms (load balancing…) memory hierarchies, graph algorithms (route planning, graph partitioning…), randomized algorithms, full text indices… He is very active in promoting the methodology of algorithm engineering. Peter Sanders won a number of prices, perhaps most notably the DFG Leibniz Award 2012 which amounts to 2.5 million Euros of research money.

I just found out about this... should we watch this posting for additional sessions?