VIDEO: How New Tech and Trends Are Changing the Face of Vending Machines

We might not recognize vending machines in a few years. They may still be big and boxy, but technology and regulations will soon change what we buy from them — and how we do it.

Changes include facial recognition. “The machines are able to identify and greet a user, remember a person’s preferences and even refuse to vend a certain product based on a shopper’s age, medical record, dietary requirements or purchase history,” The Telegraph stated this week.

Less sensational — and perhaps more reasonably — we can expect to see social technologies and healthier food in vending machines, as well as new ways to find them.

Smart vending machine let users log into personal accounts via QR codes or a near field communication (NFC)-enabled device, such as an iPhone 6. This technology eliminates the need for customers to carry credit cards or cash, and it enables the machines to:

“Any other data gets pushed into SAP’s HANA tables using Sybase ESP,” Nikhil Mongha, senior product manager for SAP Connected Retail, said during a video demonstration of the smart vending machine at  SAP TechEd && d-code (#SAPtd) 2014. “We can slice and dice data using the analytics tool to create dashboards and charts that will help people monitor key performance indicators (KPIs).”

And ATM-style video surveillance guard vending machines against vandalism and theft, according to Vending Times. These systems have already led to arrests.

“The biggest selling point of these newfangled vending machines is the high level of consumer interaction enabled via debit and loyalty cards, cell phones and even Bluetooth technology,” Tim Clark noted from Mobile World Congress this year. “Many SAP customers are well underway in retrofitting their vending machines, or deploying completely new ones, to heed the call of today’s connected consumer.”

What we see in vending machines is changing too, thanks to regulation and public demand. The devices will join restaurants, cinemas and pizza joints in having to post calorie counts, according to new, far-reaching rules from the U.S. Food and Drug Administration.

“The agency is requiring that vending machine operators provide calorie counts on stickers or placards near the specific food being sold or the selection button for it,” The New York Times stated last month. Critics say that compliance will cost vendors billions of dollars without achieving the goal of curbing obesity, as The Motley Fool noted last week.

But smart vending machines can easily display nutritional information about products without the need to print, distribute and display costly posters.

“Calorie labeling … is the ultimate educational measure, providing consumers with the information they need, at point of purchase, to make informed decisions,” food policy activist Nancy Huehnergarth said in BeyondChron this week. “And it will spur a new round of menu reformulation.”

And healthy vending options are good for business, according to a study by the Centers for Disease Control and Prevention of nutritious foods sold in school vending machines. Following a transition phase, revenue increased for 71 percent of participants and remained the same for 24 percent.

“This change is not surprising when you consider a recent study by Snack Food Association, which found that sales of healthier snacks are outpacing traditional snack foods by 4 to 1,” Lansing State Journal stated. “With more and more consumers trying to eat healthily, the market for these foods is increasing, and so is their potential for revenue.”

A Good Can Is Hard To Find

Finally, consumer apps will help customers find vending machines that offer the right products and the right types of payments, as well as offer suggestions of what they should offer down the road. This could lead to Yelp-style apps that let users rate the machines based on what they sell.

“The two apps that we have come across are called Vndr and VendingMychine,” vending editor Emily Refermat wrote last week. “Both apps are focused on the consumer, and it shows in their word choices and tone.”

Granted, the impending transformation of vending machines’ appearance may not be as dramatic as that of the telephone over the last few decades. But new technology, regulation and demands of connected consumers are poised to change the vending machine experience forever. 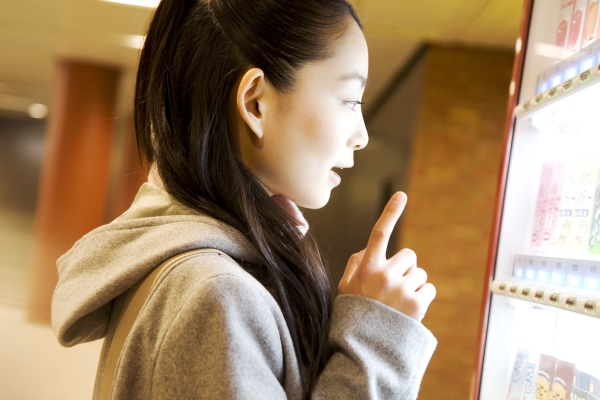 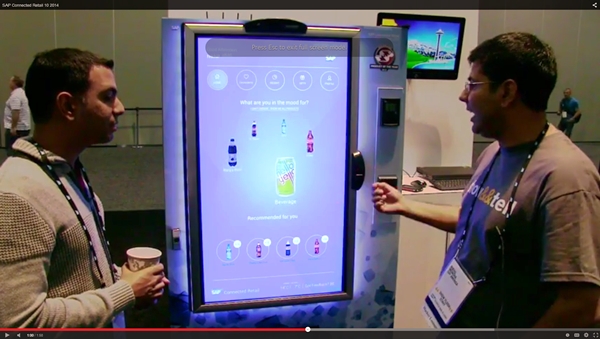