Thanks Marian O’Connell for BIF’ing me. Myself and Marian work on the PLM team in Product Support in Dublin, Ireland. We’ve been working
together since 2011.

Or if you would like to join the challenge, but you have not yet been tagged by anyone, list your details here for someone to invite you Blog It Forward – Request to Join Table.

My name is Siobhan McGarry. I’ve been working in SAP for 8 years now (Time flies when you’re having fun). Before SAP I did some travelling on a gap year after graduating from IT Tallaght. I’m originally from Tallaght but in the 8 years I’ve been at SAP I’ve gotten married, have 2 amazing children aged 3 and 1 (keeping me very busy and very tired) and moved to the picturesque village of Kill in Kildare.

Share a fun fact about my country / myself that people do not know:

Kill is a very small village (population 2,500) on the outskirts of Kildare along the Dublin border – 8 minutes from Citywest to be precise. Although a small village, it has had some pretty interesting visitors and attention in recent years. Our most famous resident is the very successful Grand National champion jockey Ruby Walsh. 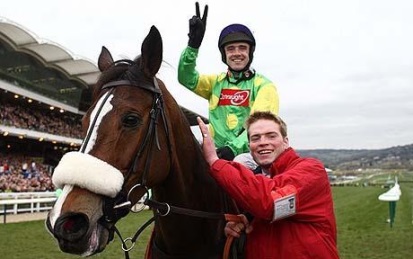 In 2000, at his first attempt, Ruby won the prestigious Aintree Grand National on his fathers horse Papillon. Needless to say the residents in Kill
were thrilled for the young local jockey, and thrilled they had all put a bet on in the bookies 🙂 Ruby and Papillon were given a very warm welcome home back to Kill as residents, news papers and news channels such as RTE and Sky News broadcast their homecoming across Ireland and Britain bringing great excitement to our little village. 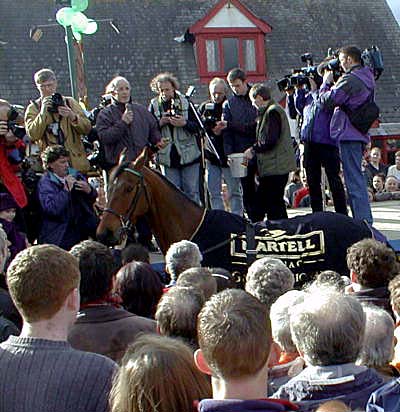 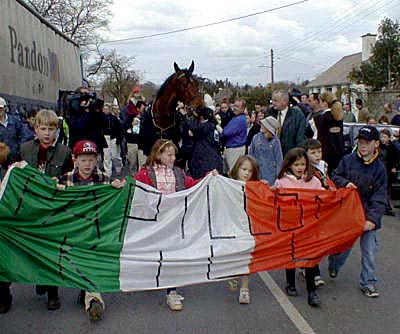 Since 2000, Ruby has went on to win 4 other Grand Nationals and has managed to be crowned Champion National Hunt Jockey in Ireland on eight occasions, as well as many other titles. He is generally acknowledged as being one of Irelands best jump jockeys in recent decades.

The picturesque village of Kill has had some other celebrity visitors keen to get involved in the popular horse racing. In 2003 after a day out at the races in nearby Naas, U2 frontman Bono, Robert DeNiro and our then Thaoiseach (head of the Irish government) Bertie Ahern popped into my local pub, The Old House, for a few ‘quiet’ pints of Guinness.

It was a quiet Monday evening in the Old House when the trio arrived but word quickly spread of the famous visitors and soon the pub was bustling with locals trying to get a glimpse of the famous visitors. Apparently, one local lady was very excited to see the visitors and insisted on getting her photo taken with her favourite… she now has a lovely picture of her herself and Thaoiseach Bertie Ahern! Perhaps she didn’t notice Robert DeNiro and Bono sitting right beside him 🙂

2. What is your personal life dream?

Can I be soppy and say just to be happy and healthy? I wouldn’t say No to a bit of wealth either. And when the kids are older I’d like to do more travelling.  I’ve one continent left to conquer –South America I’m coming for you someday! 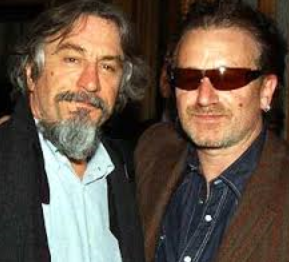