Or if you would like to join the challenge, but you have not yet been tagged by anyone, list your details here for someone to invite you Blog It Forward – Request to Join Table.

I guess you could say I am a Dublin lad

I originally joined SAP Dublin in 2005.
My first career was in a printing company where I was a Production Planner/Scheduler.
But my interest in computers led me to Griffith College were I received a certificate in software engineering then I went to Trinity Collage, where I obtained a degree in  computer sciences.
I have studied seven different programming languages (not including ABAP) but Java, Vis Basic HTML and web design .
In 2005 I joined SAP which was my first IT role, working with computer systems
so please feel free to ask me anything about “printing”  …

I have never lived anywhere but Clondalkin, we can boast one
of the oldest and best maintained  round tower, estimated to have been built in around
600th  century.  You can still climb up to the top of the tower(on special occasions) , which I have done .. 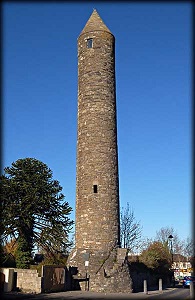 I am a home bird, I have visited many parts of Europe..

Including (and not just) Austria , Germany , France, Spain

I can complete the Rubik’s Cube of any size in under two minutes , and juggle

For people born after 1979 these are non-computer related puzzles 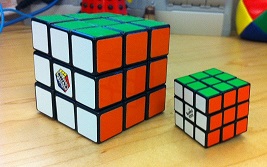 Which 5 things do you absolutely want to achieve in life?

2. What is you personal life dream?

Great BIF Gerry. I'll have to see you doing the Rubik's cube sometime (I can only get two sides done!)

So what would be the PERFECT DAY for you?

I think a Perfect day is Arsenal not losing to Man United ,,,again ..

2mins is fast. My timing stays somewhere between 4 and 5mins.