From September 23, 2014 to October 12, 2014 Italy hosted a great sport event: the 17th edition of the FIVB Volleyball Women’s World Championships. The competition registered a great success, thanks to the technical level and to the enthusiasm aroused by the italian team, which palyed a wonderful competion and reached semifinals. The champioship title was won, for the first time in its history, by USA, which defeated China in a very exciting final.

With the help of SAP Lumira, I want to show you some interesting statistics.

I gathered my data from the web-site Statistics – FIVB Volleyball Women’s World Championship Italy 2014. In a very easy and intuitive way I created my data-set copying tables from the website mentioned above and using the option “Copy from Clipboard”.

First of all, a quick glance to the history of the competion. With the “Compose” step, I merged the chart build from the gold medals showcase, into a slide with comments and notes. 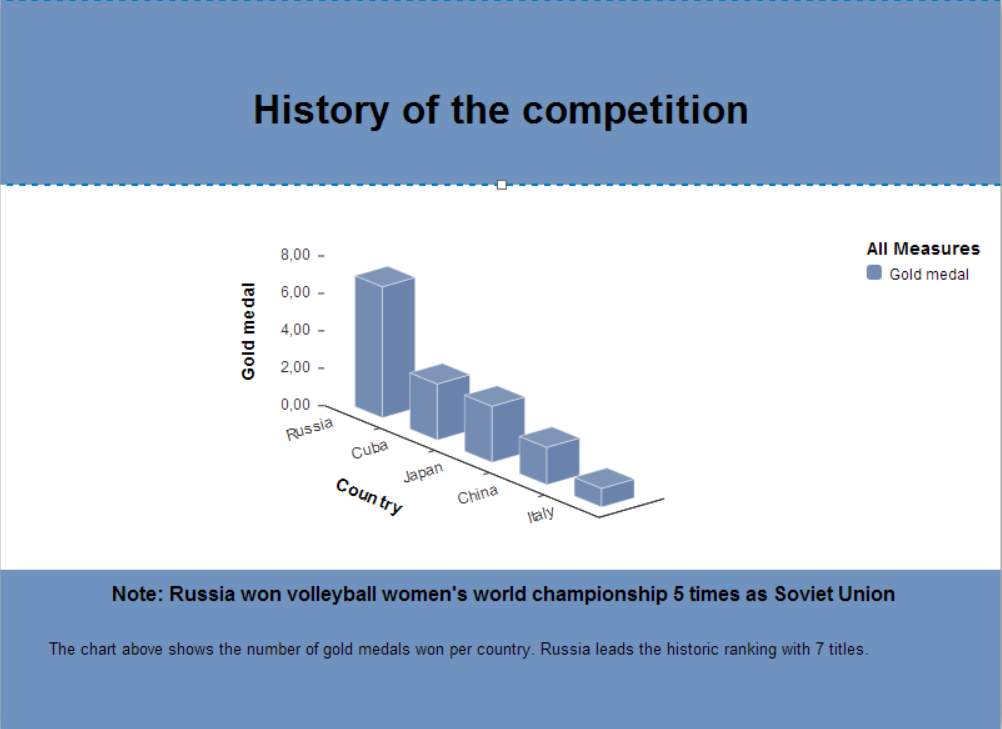 The best volleyball players of the worlds showed during the three weeks of the competition their skills. Some of them, such as the young italian spiker Valentina Diouf, made their best ever perfomance.

The following buble-chart shows the rank of the best scorers.

The X axis shows the rank;

The Y axis shows the total number of point made (given by the sum of spikes, blocks and serves)

The buble width show the number of spikes. 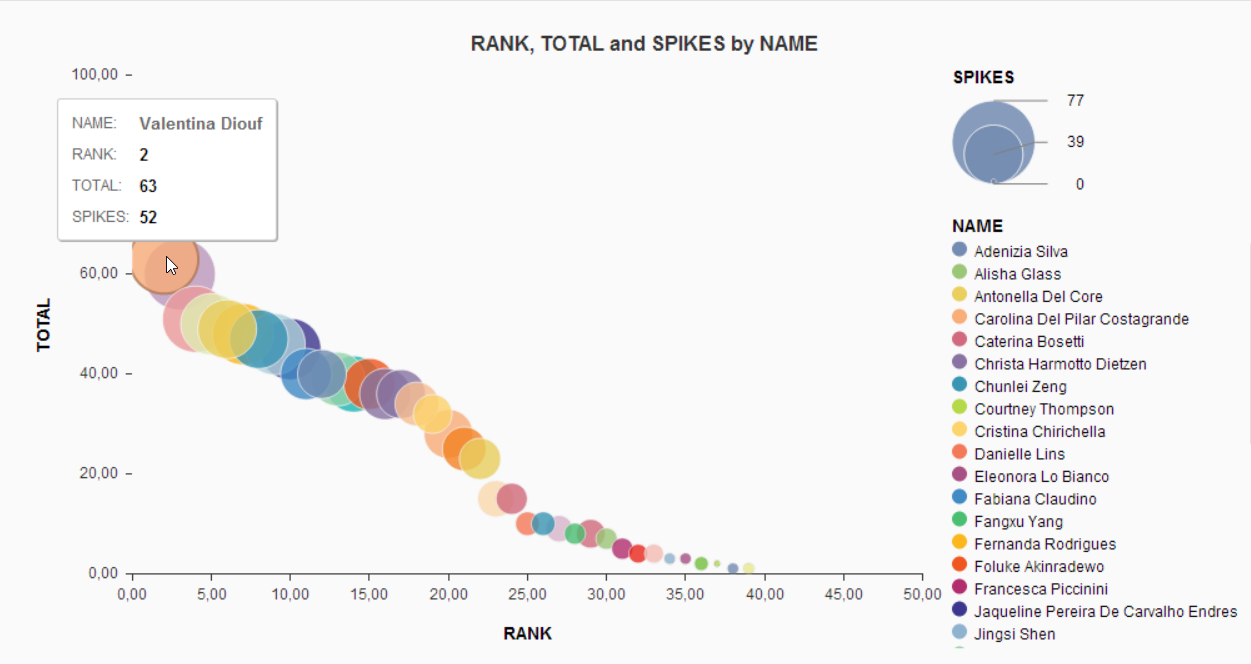 Valentina Diouf is the second top scorer, after the chinese Ting Zhu and before the MVP of the tournament, Kimberly Hill.

The following picture shows the same buble-chart limted to the top 15 of the best scorers. With the “Compose” function I created an infographing and added a picture of the MVP Kimberly Hill celebrating a point with her teammates.

USA won the title, silver medal to China, third place for Brazil, which defeated Italy in the final for the bronze medal.

I created a Geo bubble chart to show in an unusual way the final standing of the championship. With the animation feature, the result is very nice. 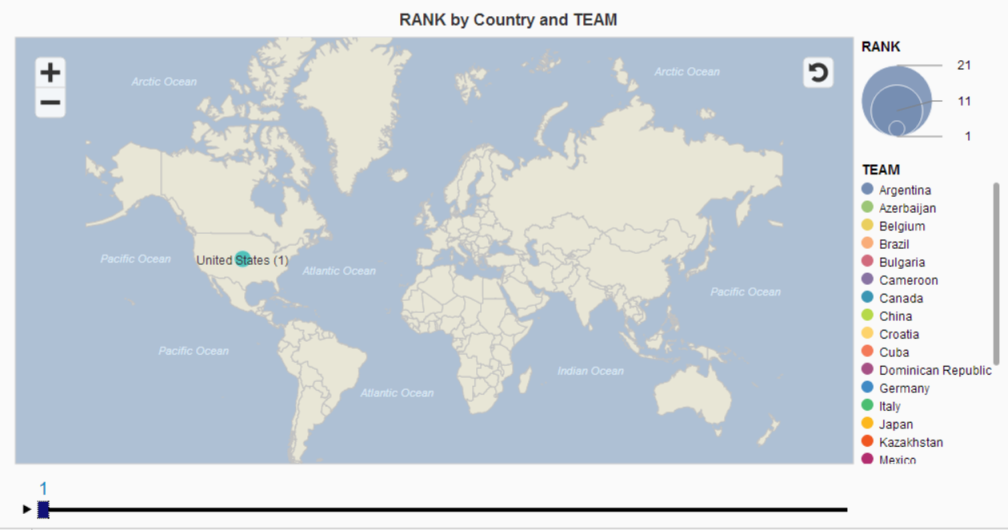 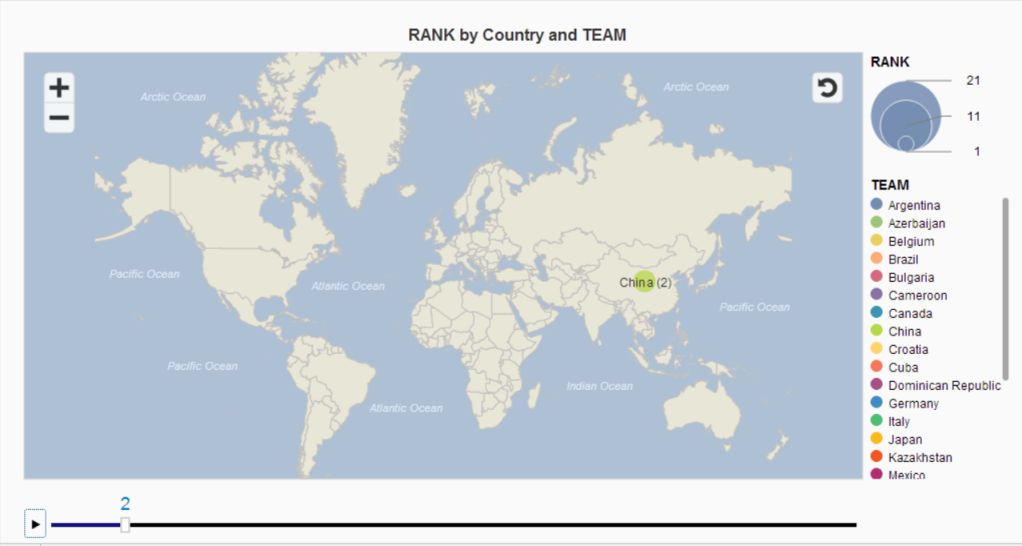 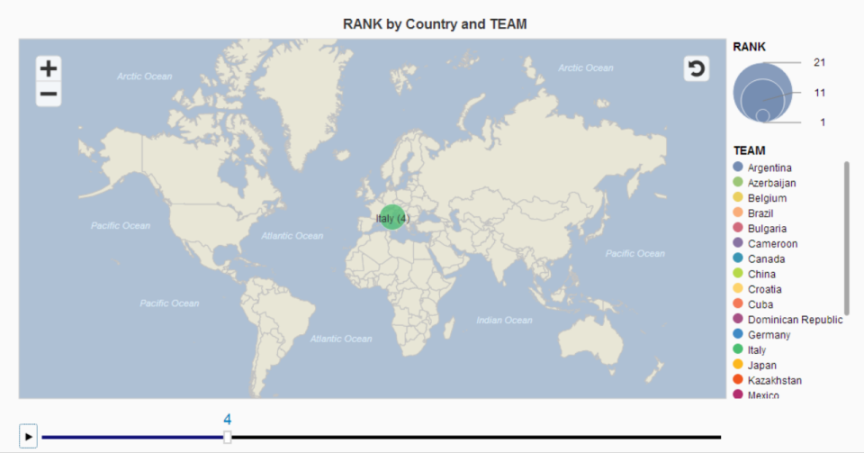