The following blog post shows the try to get some insights of the similarities and differences of some top European national soccer leagues:

I will show a few charts for different questions which came into my mind.

The data has been extracted with an Excel file for each season consisting of various sheets for the different countries and leagues. Each sheet contained date, home/away team, and the goals scored. This is how the raw data looked like: 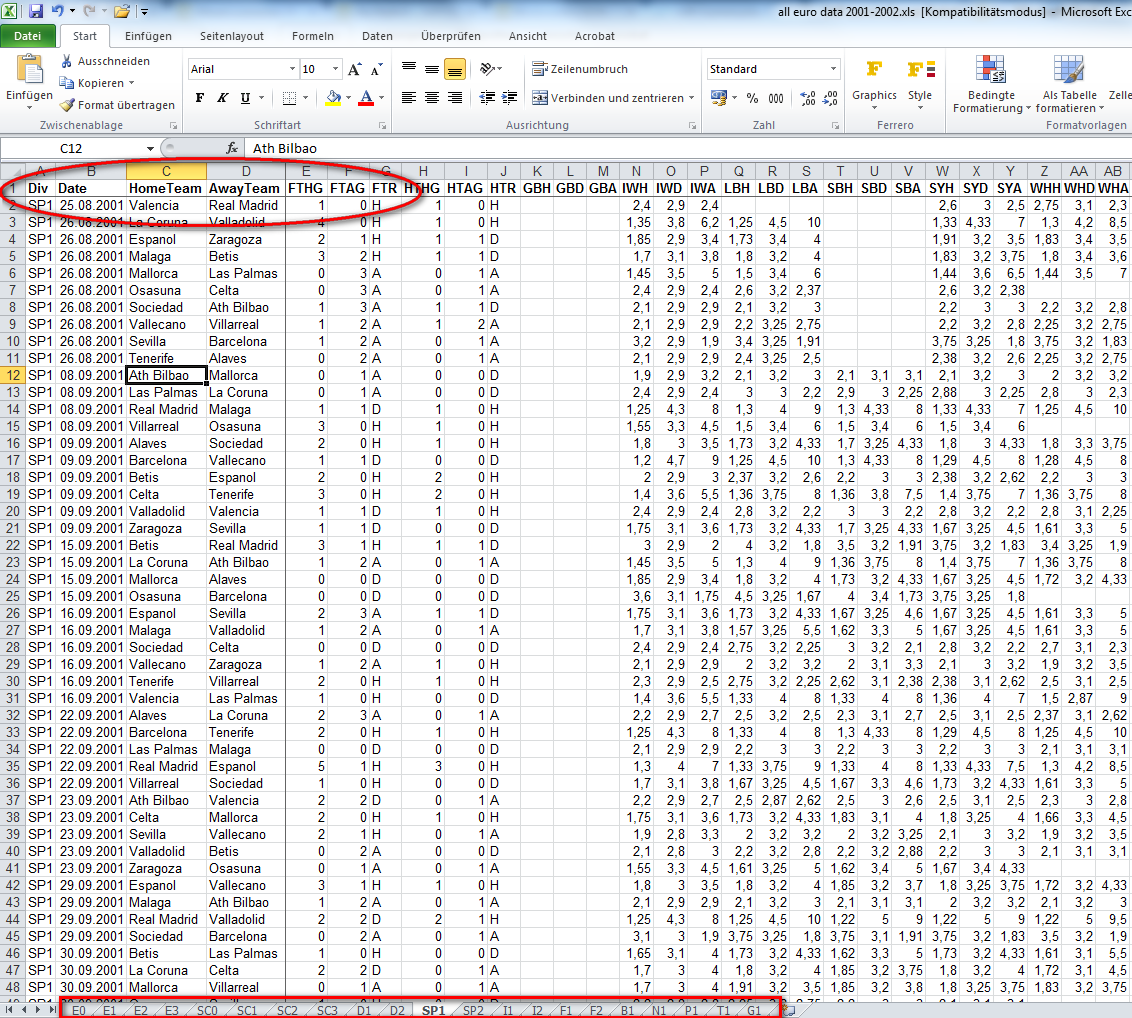 The Excel files and sheet have been combined manually to one big Excel sheet containing all the necessary data for further analysis within SAP Lumira.

Question 1: How did develop and compare the average goals per match by season and by league for the last 20 years? 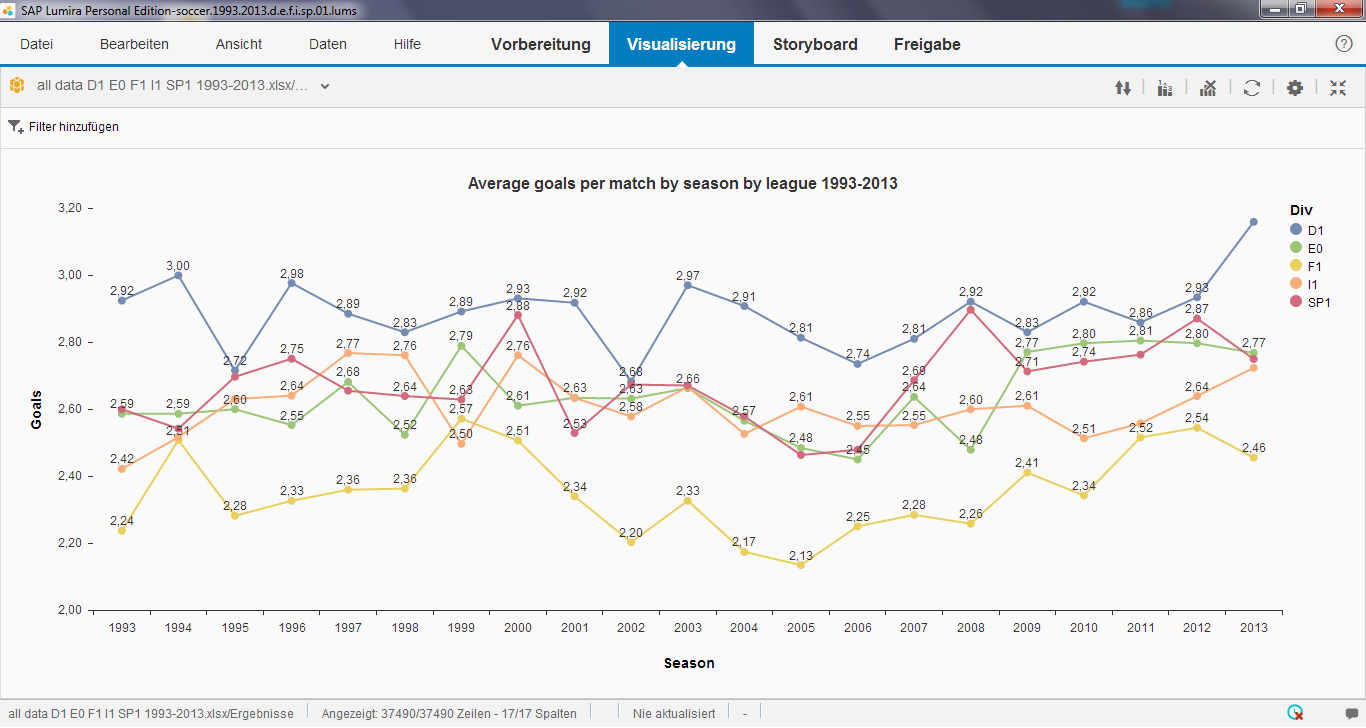 The line chart shows that goals/match really varies season by season but nevertheless the German Bundesliga always scores the highest average and the French Ligue 1 always the lowest. Actually, this result didn’t surprised me I was always convinced of the German soccer attitude that a 5:4 is appreciated more than a 1:0 😉

Question 2: How do compare number of Home wins vs. Away wins vs. Draws between the different leagues for the last 20 years? Unfortunately I didn’t get it to work that the bar chart shows the percentage distribution by each league, so I just normalized the size of the bars by using the settings. Anyway, although there were different number of matches per league it is still obvious that roughly the distribution between the leagues is quiet similar. Actually, this surprised me a lot.

Question 3: How did develop Home wins vs. Away wins vs. Draws in total for all leagues by season? 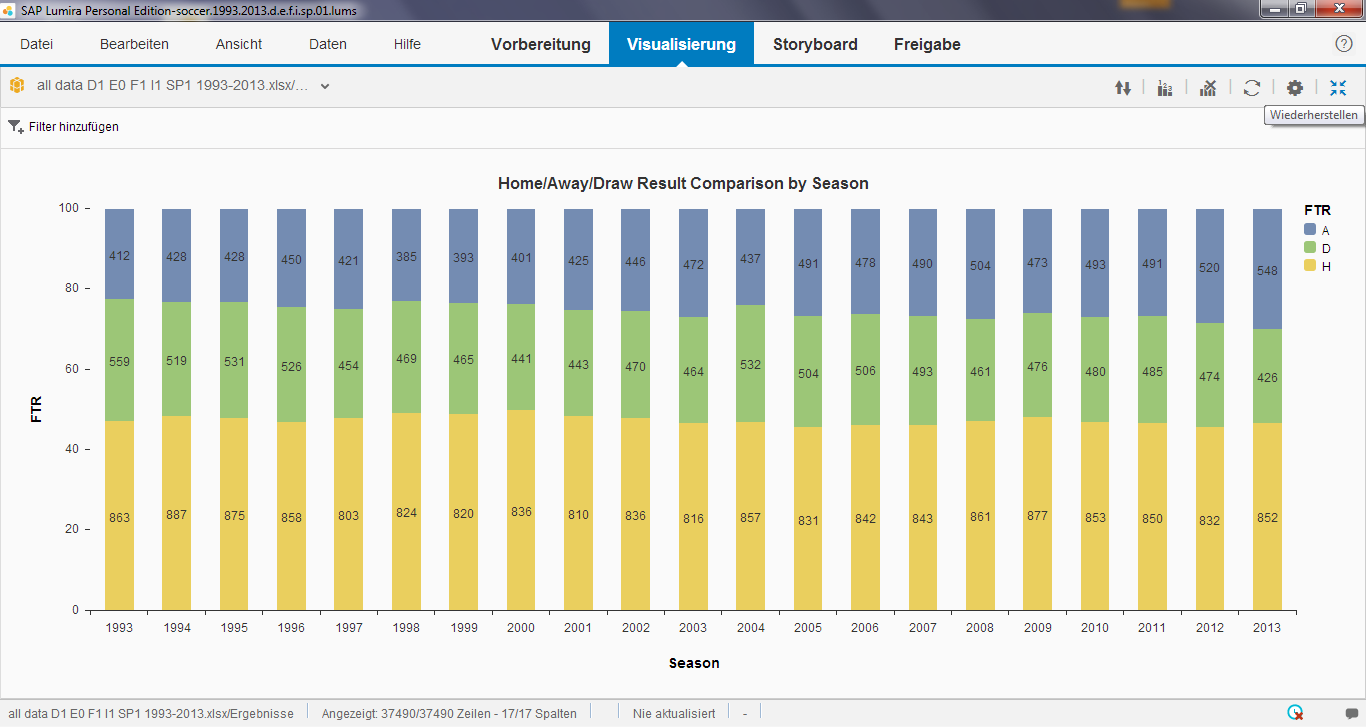 Here you can see that the number of Home wins is quiet stable whereas the number of Draws steadily decreases in favour of Away wins.

Question 4: Which are the top 5 results for all leagues during the last 20 years? 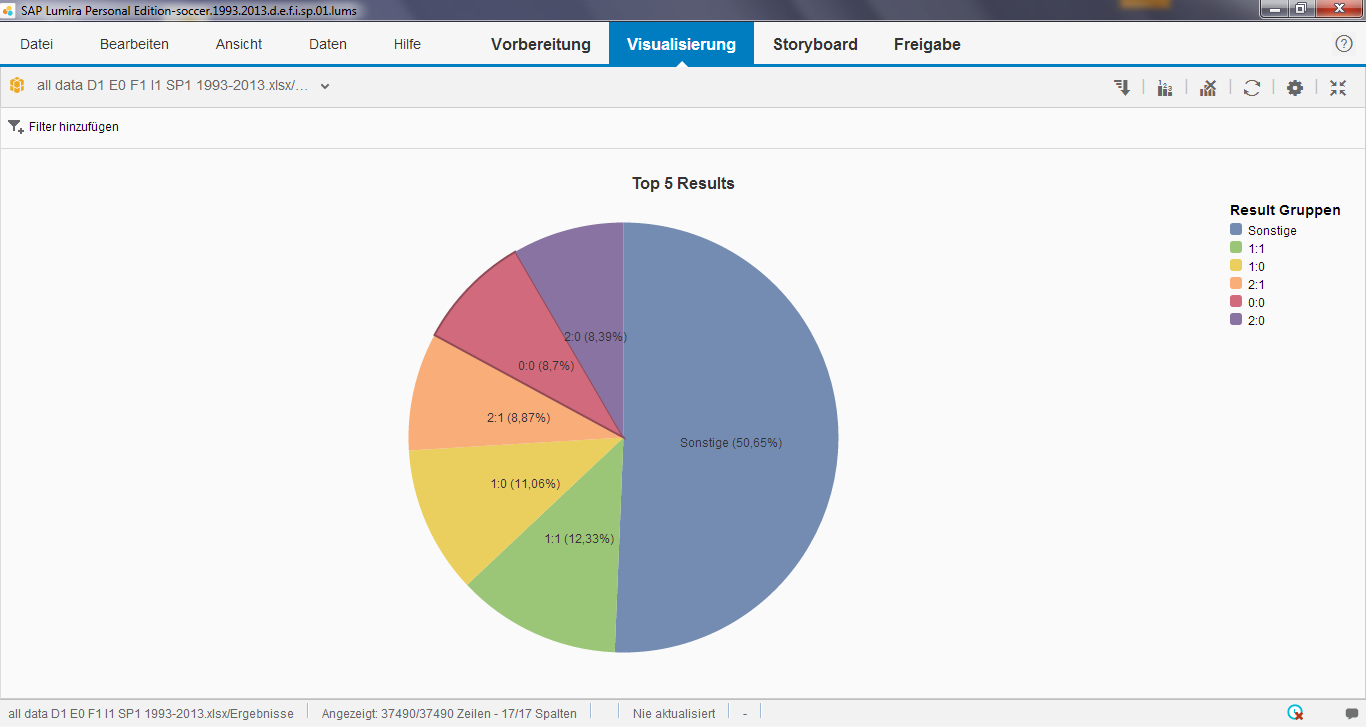 Pretty interesting and intuitive chart, isn’t it?! Bet on a 1:1 draw and you right in more than 12% of the cases 😉 Unfortunately, this chart is a little fake by using custom grouping in the preparation room because currently Lumira doesn’t calculate an “Others” pie piece. 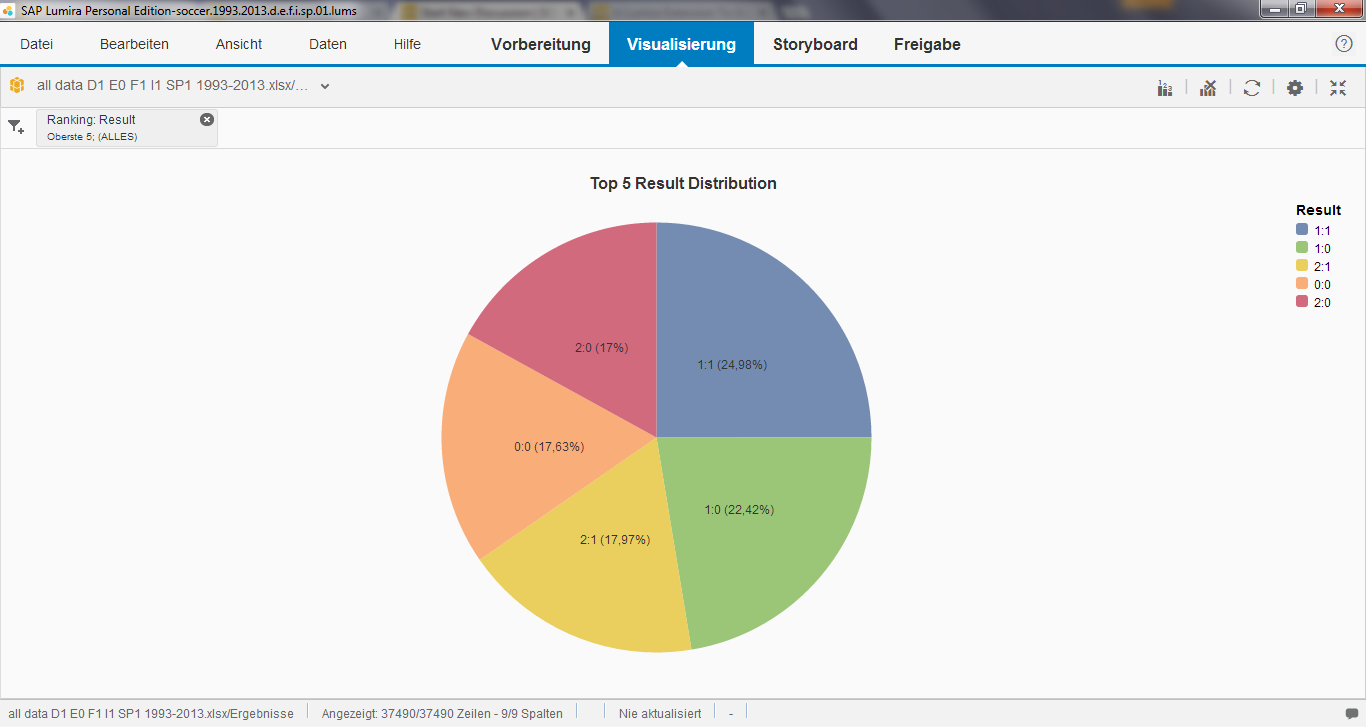 Unfortunately I could not spend some more time on further questions and a nice Lumira story, especially to show some more comparison charts between the leagues. Maybe I will dig deeper into the data and get some more nice charts and answers 😉 In case you have some interesting question just let me know…

[1] Data has been downloaded from Football-Data.co.uk