I wasn’t sure whether to declare my allegiance to the House of Titans (Sports & Entertainment) or possibly to the House of Spirits (Social Good) so picked one, but hope this analysis may be interesting and enhance the welfare of people and bears alike.

Clearly there are more human fatalities on record in recent decades, and a spike in brown bear encounters in the 2000’s.

Lumira made it easy to group dates into decades using a calculated dimension.

I also had fun animating attacks by month, and plotted against the latitude and longitude so a general idea given of where on the continent the attack occurred. (July is a busy!) 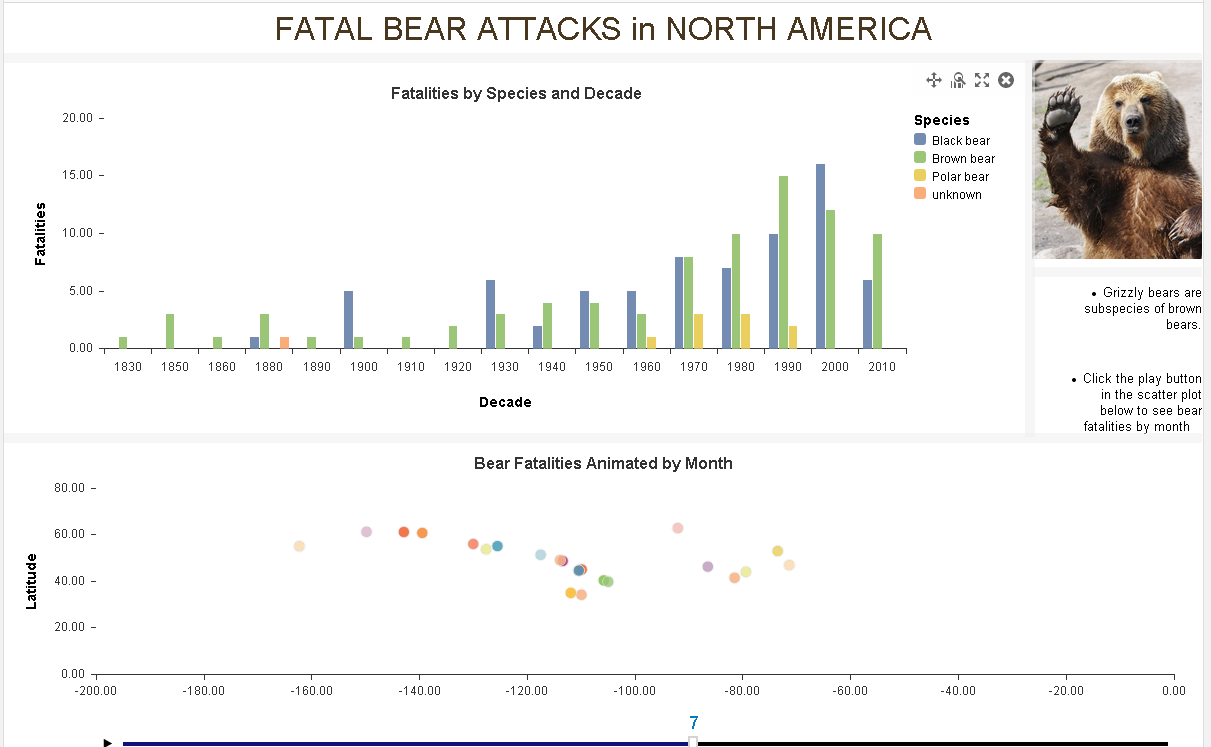 This geo choropleth makes the geographic distribution of fatalities across the continent really clear.

From Chihuahua, Mexico in the south, to Point Lay, Alaska in the north, Izembek National Wildlife Refuge, Alaska to the west, and Schefferville, Quebec to the east, the range is vast.

Using the input control I can filter out geographic points by decade, and the corresponding attack details in the table below. 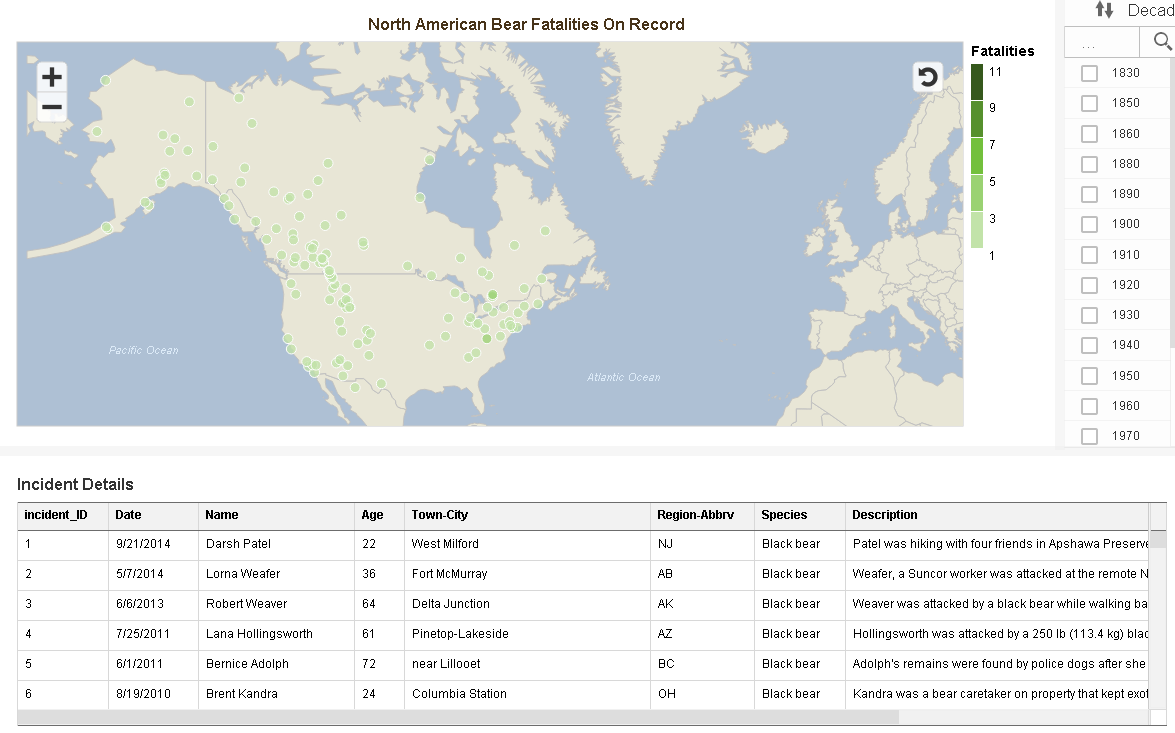 By clicking on the legend I can highlight data points that fall into the range of values I selected.

I can see there have been 7 fatalities in Yellowstone National Park!

Finally, I looked at fatalities associated to bears held in captivity, as well as the age distribution of victims across species. 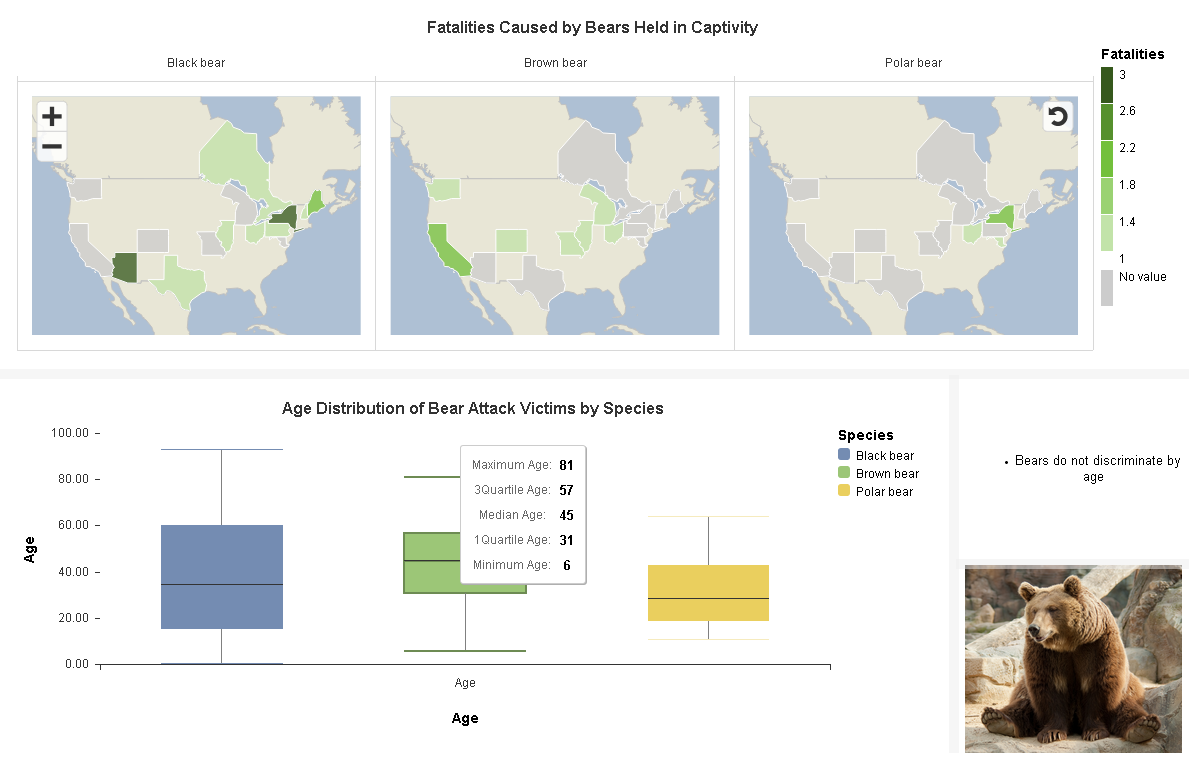