Our involvement started late last year. We were working with the commercialization office at the University of Guelph to select an appropriate project that would have the right mix of desirability, feasibility and viability for a co-innovation with the university.  A team from the university’s School of Environmental Science explained what they were doing in the field of Green Roofs.  A green roof is really a living roof, where plants (typically sedum) are grown over a soil or substrate on top of a waterproof barrier. Green Roofs have many purposes including preventing storm-water runoff, reducing building energy consumption by way of an insulated layer, providing habitat for wildlife, and helping lower urban air temperature. The project resounded with us as there were implications for smart buildings as well as precision agriculture.

Our initial research showed that Green Roofs had a proven methodology for installation, however, facilities managers did not have insights into the ongoing health of the roof or data to indicate whether the anticipated benefits were being realized.  The project took shape, we would combine sensors with external weather and utility feeds as well as the University’s IP to create a smart green roof. 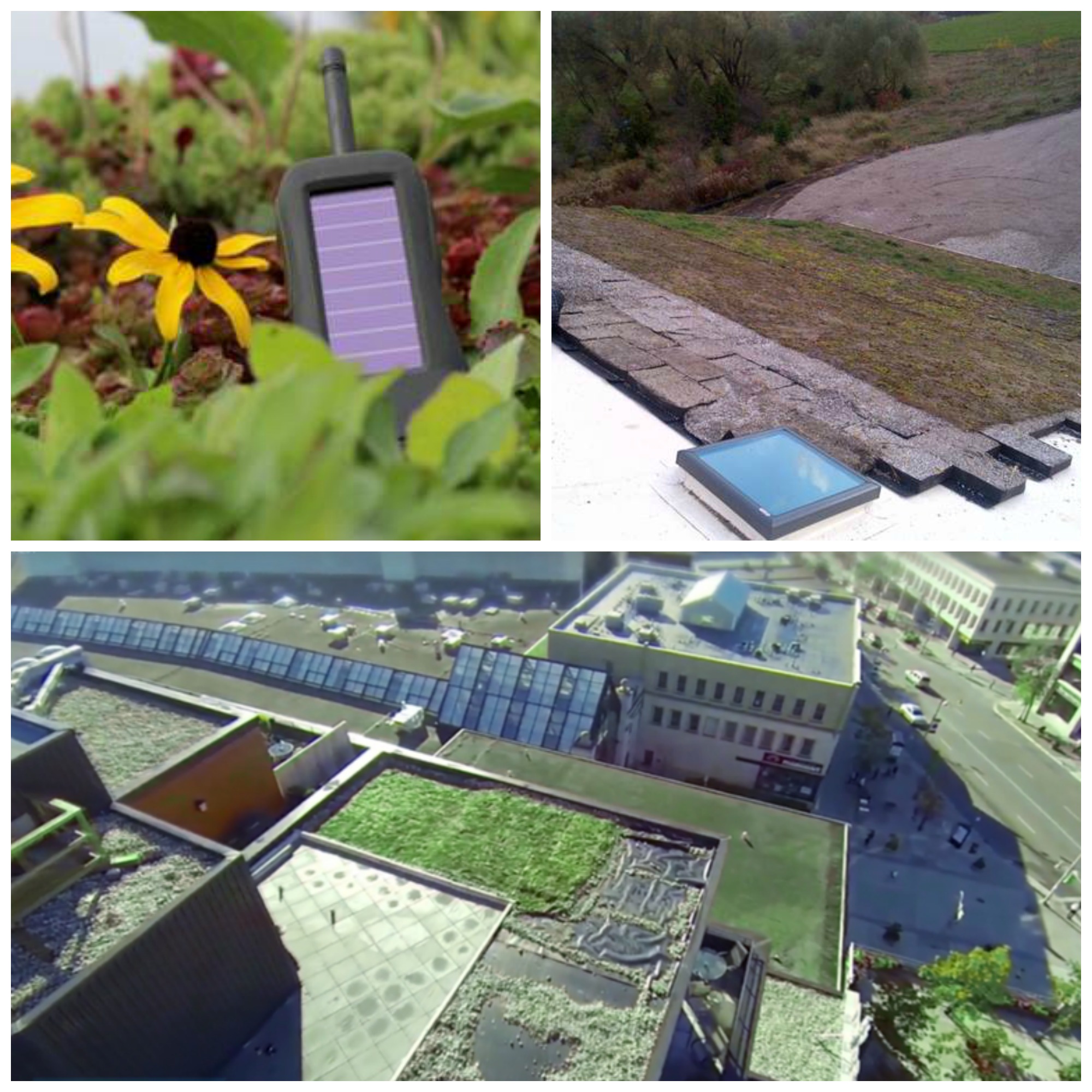 By enabling green roofs with smart technology, we are able to sustainably enhance the performance of the roof.  For example, we can reduce resource usage by only providing watering and nutrient dispersion at optimal levels.

On the technology front, the solution uses SQLAnywhere, including MobiLink, and HANA to manage all aspects of the system.  From configuration, business logic deployment to real-time monitoring, to post-processing in the cloud, we were able to develop a robust and scalable offering that helped highlight SAP’s involvement in both IoT and sustainability.  A great feature of the offering is the auto-configuration and remote management of sensor and actuator configuration, as you can imagine, jumping onto a roof to perform software updates could prove challenging.

The rooftops themselves have a series of solar-powered sensor nodes, built by the university, with various sensors to measure humidity, temperature and thermal energy of both soil and surface conditions.  The sensor node includes an Arduino controller with a low-powered radio to send the sensor values to a central rooftop gateway that we called the Node Agent.   Our node agent manages all the device configurations and data collection, and is typically wired directly to the actuators to control irrigation and nutrient dispersion.  Below you can see the examples of both the sensor node as well as our node agent contained in a weatherized manifold (temporarily opened during our setup and testing). 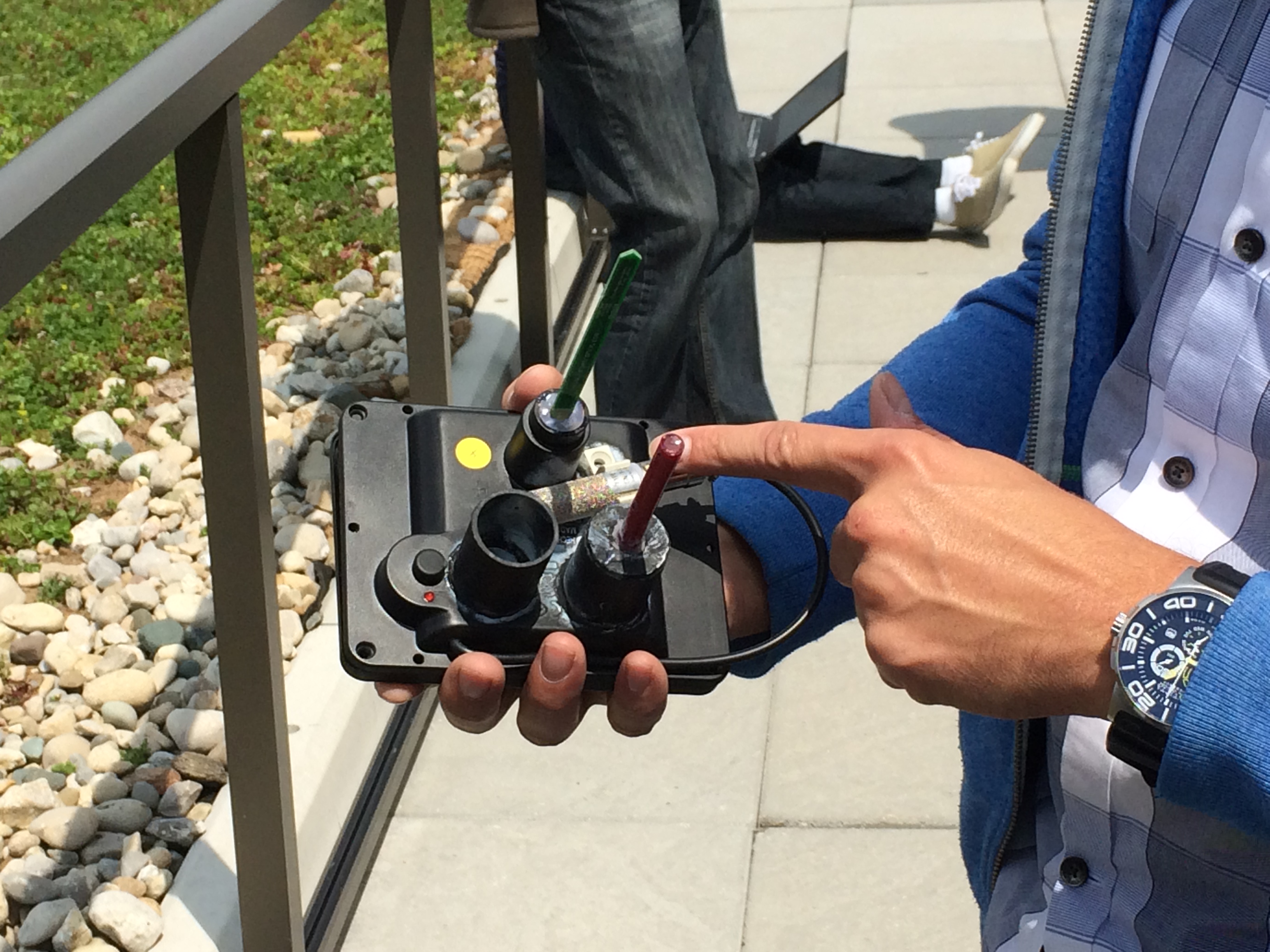 After  working so diligently on the project, I wasn’t surprised that the entire team jumped at the opportunity to be part of the physical deployment of the roof. Not only did we get some great views of the city, but we were finally able to see our concept deployed and in action. 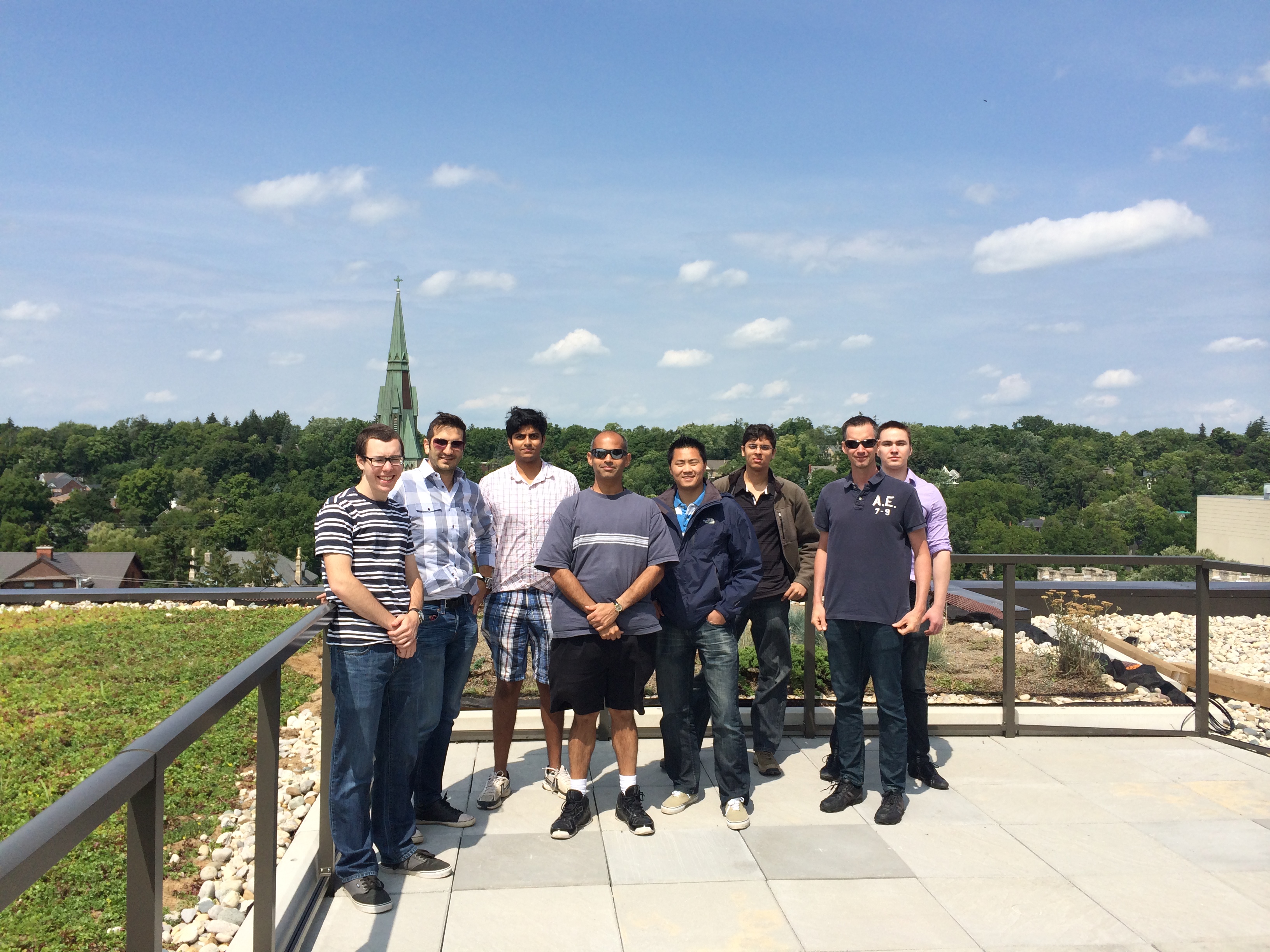 We are proud to have helped prove that a combination of sensors, big data and agricultural IP can provide social, ecological and economic benefits. We look forward to SAP and our partners leveraging Precision Agriculture to make buildings more enjoyable, smarter and more efficient and to a world where we can sustainably produce great food anywhere.

Smart Green Roof: find out what it is & its many purposes #SAPCanada #GoingGreen @SCNblogposts #MadeInCanada http://bit.ly/1rZJaNC