HANA Cloud Platform, the Internet of Things and Good Hygiene

In the SQL Anywhere team at SAP Waterloo we make database software.

Some of us (not me) know how to design a system that can optimize 50-way joins; others (also not me) know how to design systems to self-manage memory, CPU resources, internal database state, and I/O behavior; and still others know each of the hundreds of specific details that it takes to design, implement, test, and support an embedded database used on millions of computers around the world. But building a database is just the beginning: one of the most interesting things about working with SQL Anywhere is the many weird and wonderful things that people do with the product. Each kind of business has its own complexities, traditions, and folk knowledge that makes it different, and many of those quirks get revealed in database applications.

We found out about one of these industries while working on a project that brings SQL Anywhere together with two of SAP’s biggest global initiatives: HANA Cloud Platform, and the Internet of Things.

It started in December 2013, when account executives Svetlana Rieb and Rolf Schumann contacted us about a company named Hagleitner, which is in the business of “facilities management”. To put it another way, they keep the bathrooms clean in their customer’s buildings. Some of those buildings are small (like restaurants) and others are big (like hospitals).

Two technological developments make Hagleitner’s plan feasible. One is the development of cheap single-board computers: a complete Linux computer on a single board costing under $100 and running a low-power ARM CPU. Sensors on the dispensers and doors will communicate over low-power radio with these boards, which are full-featured enough to be easy to work with, but cheap enough to be sprinkled around Hagleitner’s customer sites. Hundreds of single-board computers and thousands of sensors may be scattered around a single large building. The other is cloud computing, which gives Hagleitner the ability to collect together all the information across their customer sites and analyze it to provide better service, to identify faulty systems, and to ensure that major public buildings such as hospitals are abiding by the regulations that keep them hygienic and safe. 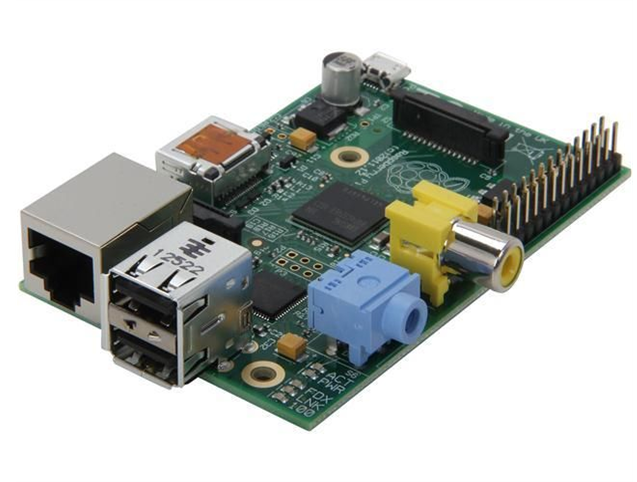 A Raspberry Pi: a popular and cheap single-board computer. To get an idea of size, see the ethernet port and USB ports at the front left.

After we had talked to Hagleitner, it was clear that SQL Anywhere was a good fit for their project. A database could run on each single-board computer, or in a server in a hospital IT room. The SQL Anywhere database is built to run in unattended environments, and its MobiLink data synchronization server is built to share data between widely distributed systems and a central database. The HANA Cloud Platform team was interested in this project too, and in making it a showpiece for SAP HANA’s capabilities. There was only one problem, which is that although SQL Anywhere runs on the Linux operating system, it didn’t run on the ARM CPU.

Fortunately, that wasn’t a problem that lasted long. Mohammed Abouzour and Andy Quick from engineering, Scott Shepherd and Bill Frier from QA, as well as Dan Cummins and Michael Moller from the build and install teams put together a solution quickly. Mohammed delivered a prototype within a few weeks, Eric Farrar got the SQL Anywhere PHP driver to support Hagleitner’s development environment, and the HANA Cloud Platform team started work to put the MobiLink synchronization server into HANA Cloud Platform.

Working with Hagleitner and a team of consultants from Munich-based Linova, a proof of concept was ready by June, collecting live data from a hospital in Germany. That was successful, and Hagleitner is now moving towards full production.

It’s been a cross-team, cross-company, and cross-continent collaboration, and so far it’s been a successful one, leading to new SAP offerings: in July the SQL Anywhere software for Linux/ARM single-board computers was made generally available; in October, MobiLink went into beta on HANA Cloud Platform; next year, SQL Anywhere MobiLink will be incorporated into the SAP HANA offering as well. The project has helped highlight a role that SQL Anywhere can play in SAP’s strategic product offerings as well as provide a tangible and useful solution to a customer problem. It’s also a demonstration of what a practical real-world Internet-of-Things project looks like.