This blog is submitted to the challenge DataGeek III: Thrones of Data.

I’m following the openSAP course BI Clients and Applications on SAP HANA these days. In week 2 and week 5, SAP Lumira was introduced. Although I’ve never used SAP Lumira, it looked easy to use from the course. With SAP Lumira, we can tell a story in just few steps such as acquiring data, building visualizations and composing stories. I just joined SAP Lumira community recently and found the challenge named DataGenius IV. The deadline of submission is extended, thank goodness. 😆 Why not seize the opportunity to tell my first story with SAP Lumira? My story is about the analysis of inbound tourism to China in recent years. According to DataGenius IV: How to Join, I need to pick a house before I start, so I chose “House of spirits – caring for the social good”. 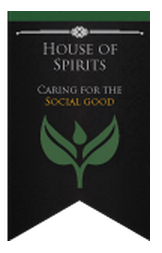 I used SAP Lumira Desktop 1.20 and the data came from http://data.stats.gov.cn/

The following column chart shows the trend of inbound tourism to China at a high level. We can see before 2007, the number of visits increased dramatically to about 26 million. However, the figure decreased in 2008 and 2009. After 2010 it grew again but very slowly, kept about 27 million. Now let’s have a look at the number of visits by continent and year. First of all, we can find the trend is similar with the world which means the figure grew significantly from 2004 to 2007, fell in 2008 and 2009, and grew slowly from 2010 to 2012. Then we can find Asia, Europe and North America are top 3 continents contributing the inbound tourism to China. Since China is an Asian country, it’s more convenient for Asian people to visit China. That’s why Asia always stood the first place with about 60% of total every year. 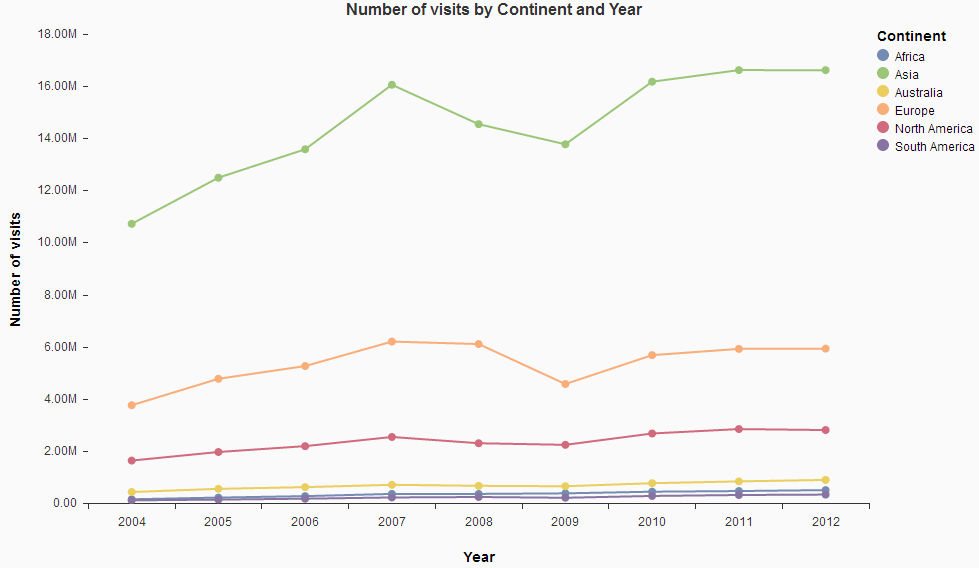 At country-level, we can only find some top markets from the data source http://data.stats.gov.cn/. We can discover the trend is still the same. In addition, South Korea, Japan, Russia and United States are top 4 markets by volume every year. As we know South Korea, Japan and China are close geographically, so it’s reasonable South Korea and Japan are top 2. From curiosity I did some searching and found two main reasons of descending in 2008 and 2009, financial crisis and H1N1 flu. They influenced not only the tourism to China but also the tourism to all other countries. For the reason why the figure grew slowly after 2010, there are several causes. I think pollution in China is the major cause. 🙁 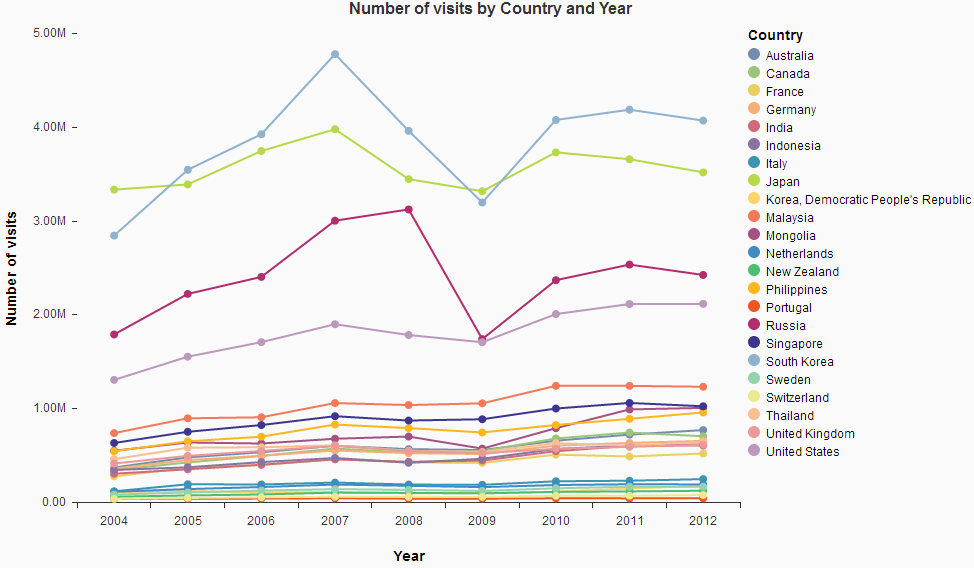 The choropleth map below displays the number of visits by country in 2012 very clearly, South Korea in dark green, Japan in Green, Russia and United States in yellow. 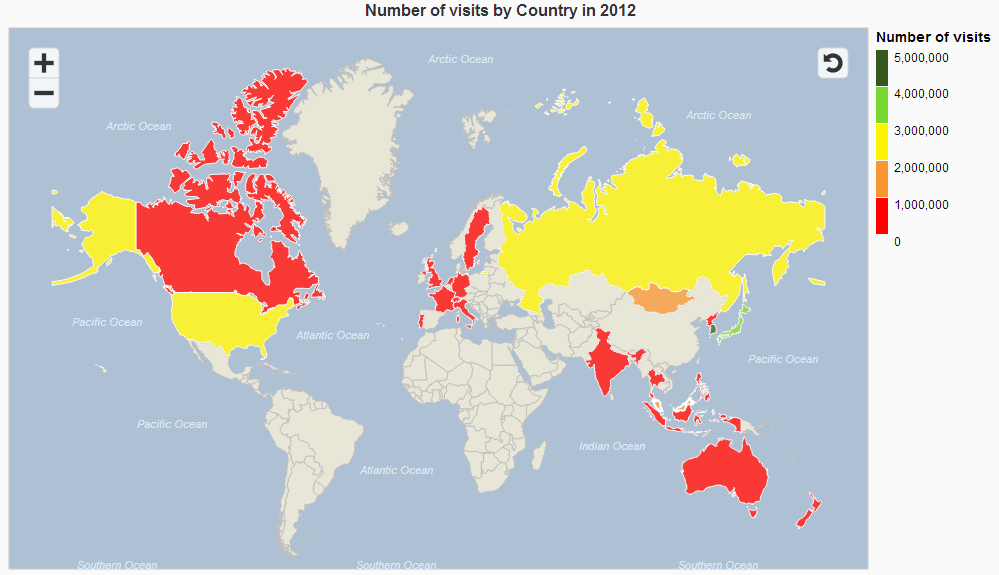 OK. Now let’s jump into other dimensions, e.g., gender, age and purpose. First let’s analyze the inbound tourism by gender. We can see the same trend from the chart. However, the number of males is always twice the number of females by year. It seems females don’t like to visit China. 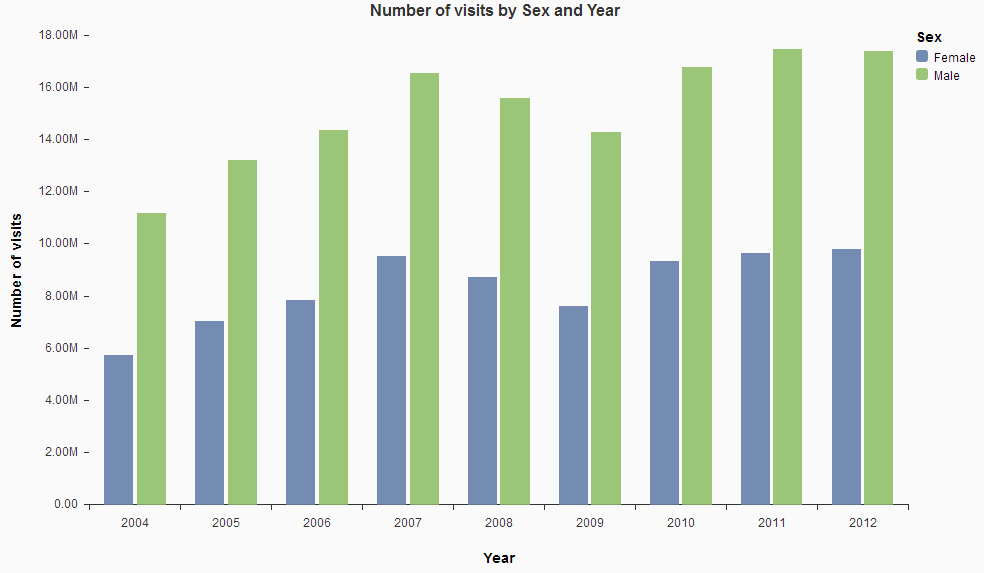 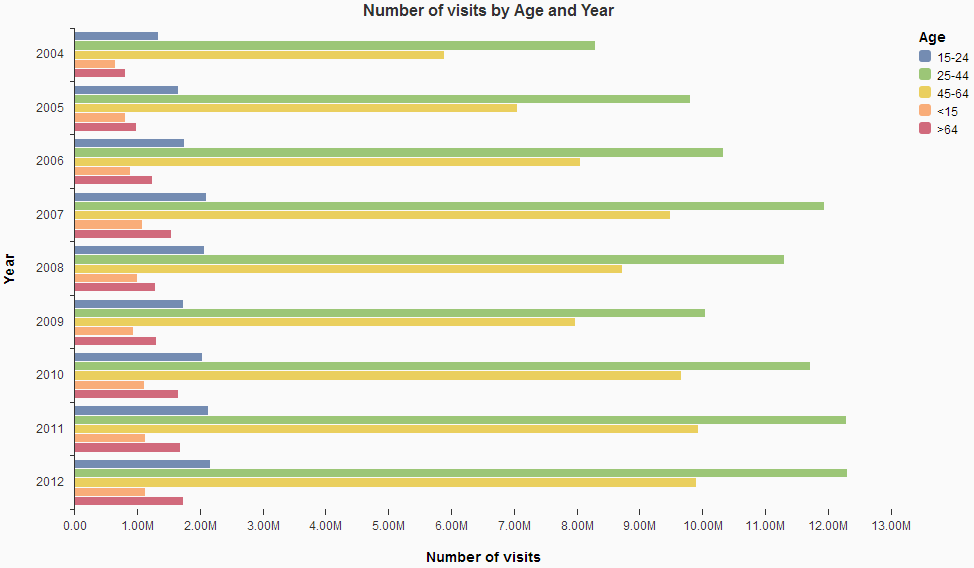 The following donut chart shows the number of visits by age in 2012. 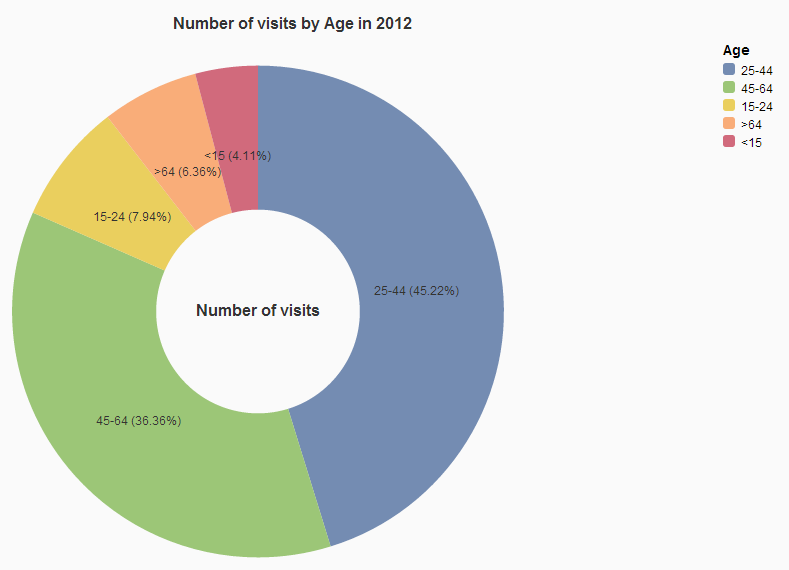 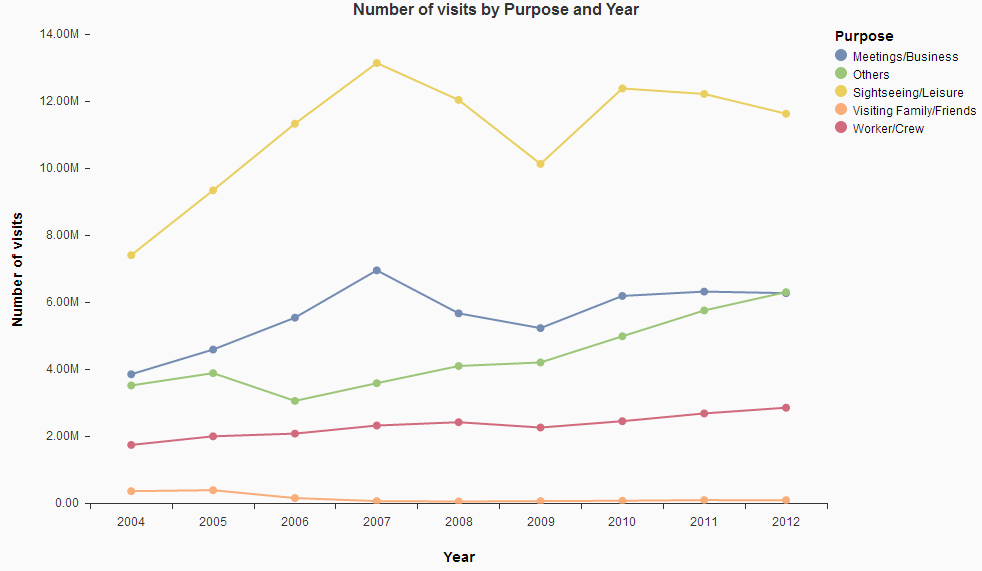 The following pie chart shows the number of visits by purpose in 2012. 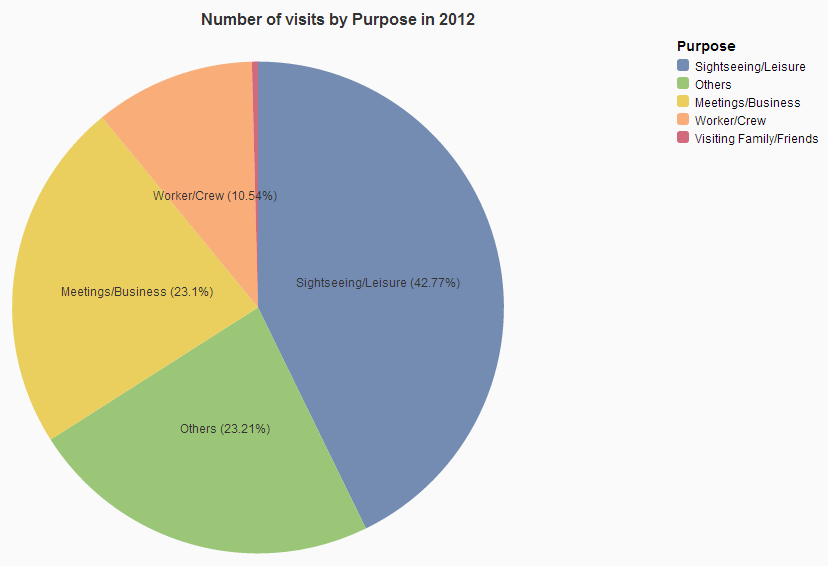 After building some visualizations, I composed a story with the infographic named “Inbound tourism to China in 2012”. It’s clear and self-explaining. Please click the following image for higher resolution. The header background image is the greatest attraction in China, Great Wall of China. I borrowed it from China | Free Web Headers 😎 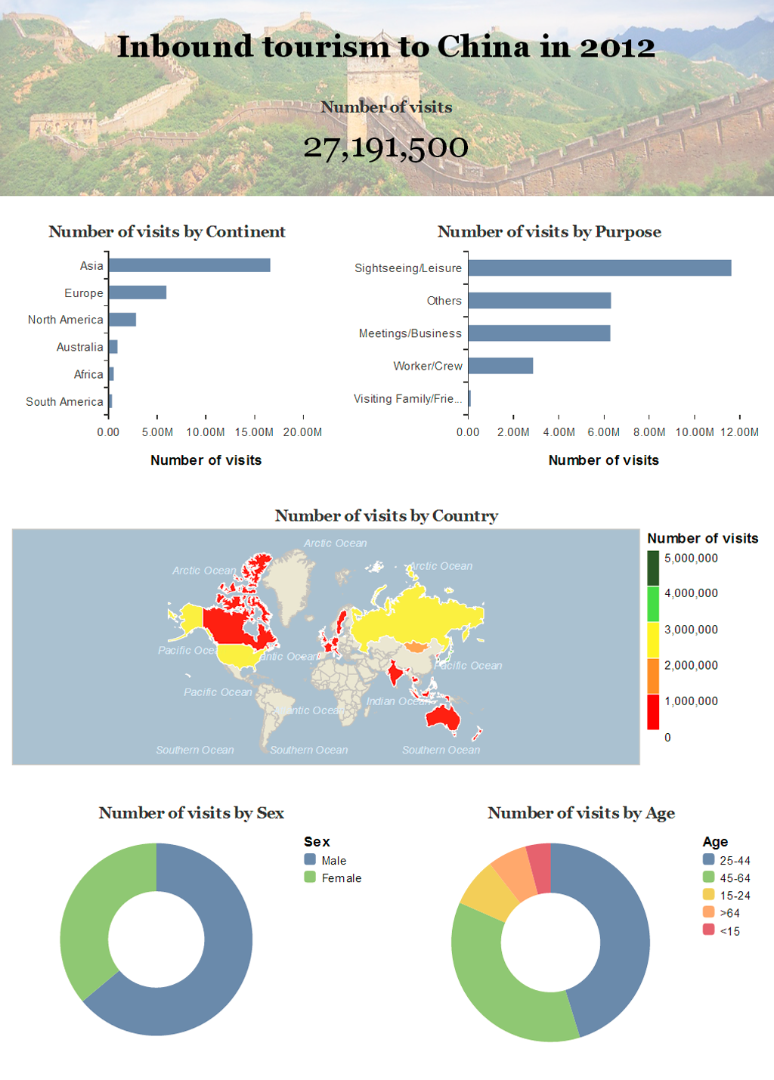 Hope you enjoyed reading my blog. 🙂