As a Newbie in Lumia Group I decided to choose simple but interesting story which is “Superhero Analysis”.

The purpose of this story is to present and describe fictional superheroes, but what exactly are superheroes? What is the difference between a hero and a superhero?

A hero is a man of distinguished courage or ability, admired for his brave deeds and noble qualities, while a superhero is more of an ideal. A superhero is a person that is dedicated to protecting the people and fight injustice using special abilities and powers that a normal human being does not possess.

A superhero usually is a masked vigilante. The real identity of the superhero is unknown and the superhero wants to keep it that way. Why? Because a superhero does not want to be praised and rewarded for his actions; the reason he is saving humanity is because he believes in this idea.

Story Board 1 : Comparisons of all the Heroes depends on their Strength and Power Batman is the secret identity of Bruce Wayne, an American billionaire, industrialist, and philanthropist. Having witnessed the murder of his parents as a child, he swore revenge on criminals, an oath tempered with a sense of justice. Wayne trains himself both physically and intellectually and dons a bat-themed costume to fight crime. Black Widow is the name of several fictional super heroines appearing in comic books published by Marvel Comics. Most of these versions exist in Marvel’s main shared universe, known as the Marvel Universe. 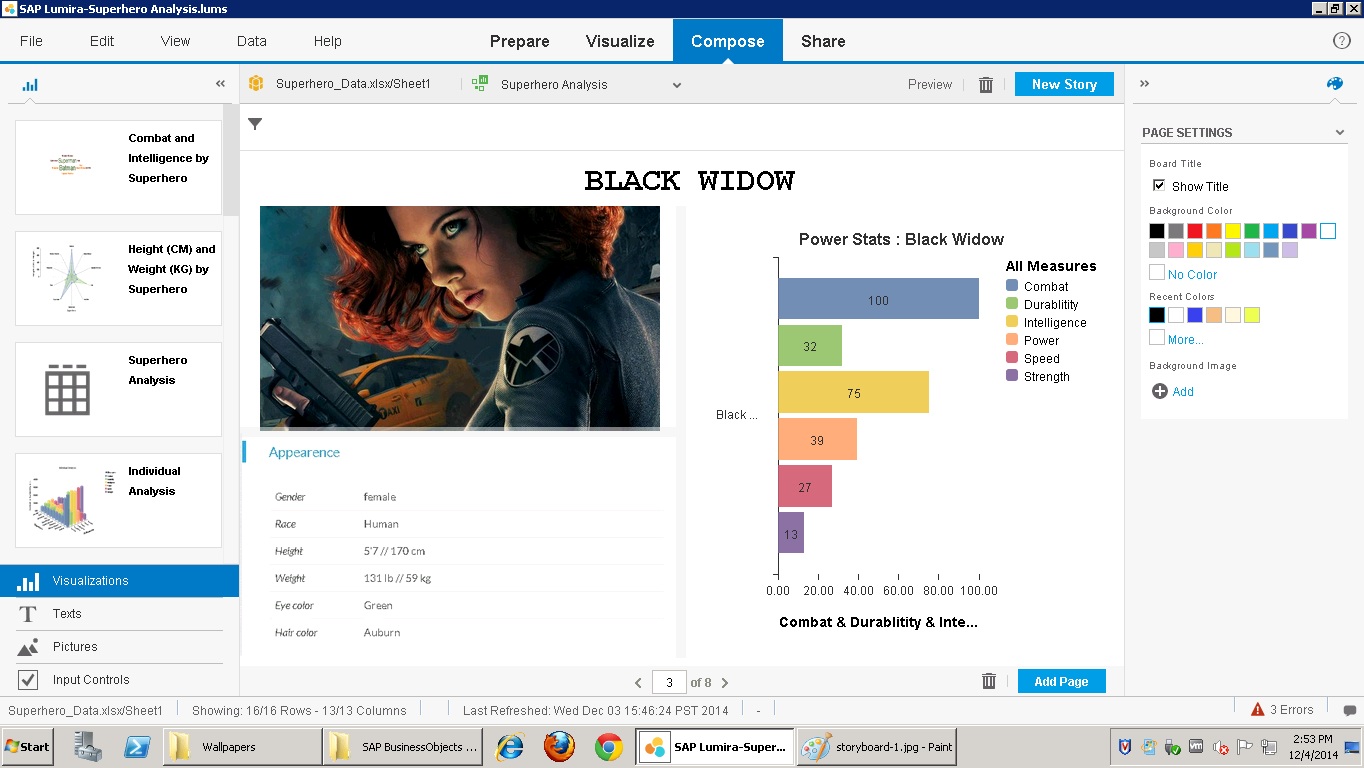 Captain America wears a costume that bears an American flag motif, and is armed with a nearly indestructible shield that he throws at foes. The character is usually depicted as the alter ego of Steve Rogers, a frail young man enhanced to the peak of human perfection by an experimental serum to aid the United States government’s imminent efforts in World War II. Near the end of the war, he was trapped in ice and survived in suspended animation until he was revived in the present day to subsequently become the long-time leader of the Avengers. 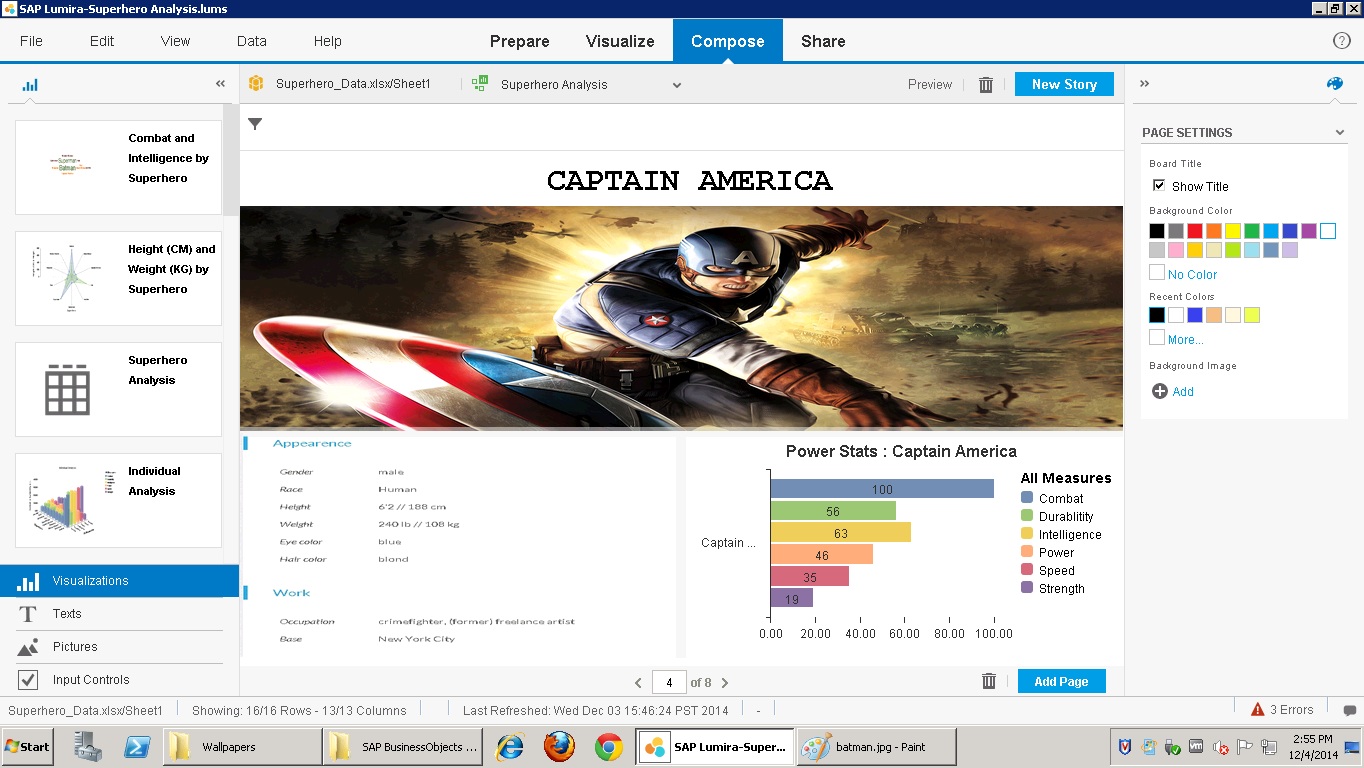 Hulk is the alter ego of Bruce Banner, a socially withdrawn and emotionally reserved physicist who physically transforms into the Hulk under emotional stress and other specific circumstances at will or against it; these involuntary transformations lead to many complications in Banner’s life. When transformed, the Hulk often acts as a disassociated personality separate from Banner. Over the decades of Hulk stories, the Hulk has been represented with several personalities based on Hulk and Banner’s fractured psyche, ranging from mindless savage to brilliant warrior, and Banner has taken control of the Hulk’s form on occasion. Banner first transforms into the Hulk after being caught in the blast of the gamma bomb he invented while saving Rick Jones, a youth who had wandered onto the testing range. 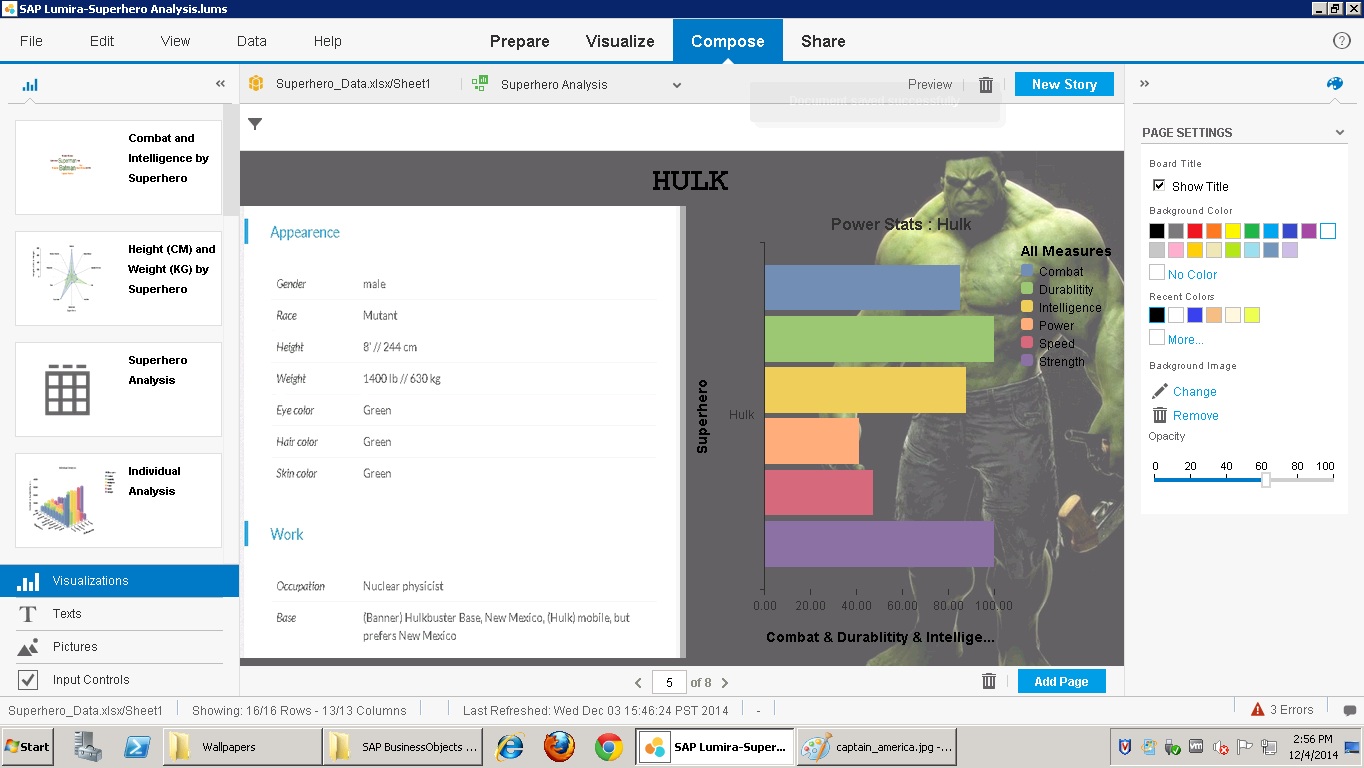 An American billionaire playboy, industrialist, and ingenious engineer, Tony Stark suffers a severe chest injury during a kidnapping in which his captors attempt to force him to build a weapon of mass destruction. He instead creates a powered suit of armor to save his life and escape captivity. Later, Stark augments his suit with weapons and other technological devices he designed through his company, Stark Industries. He uses the suit and successive versions to protect the world as Iron Man. Initially, Iron Man was a vehicle for Stan Lee to explore Cold War themes, particularly the role of American technology and business in the fight against communism. Subsequent re-imaginings of Iron Man have transitioned from Cold War themes to contemporary concerns, such as corporate crime and terrorism. 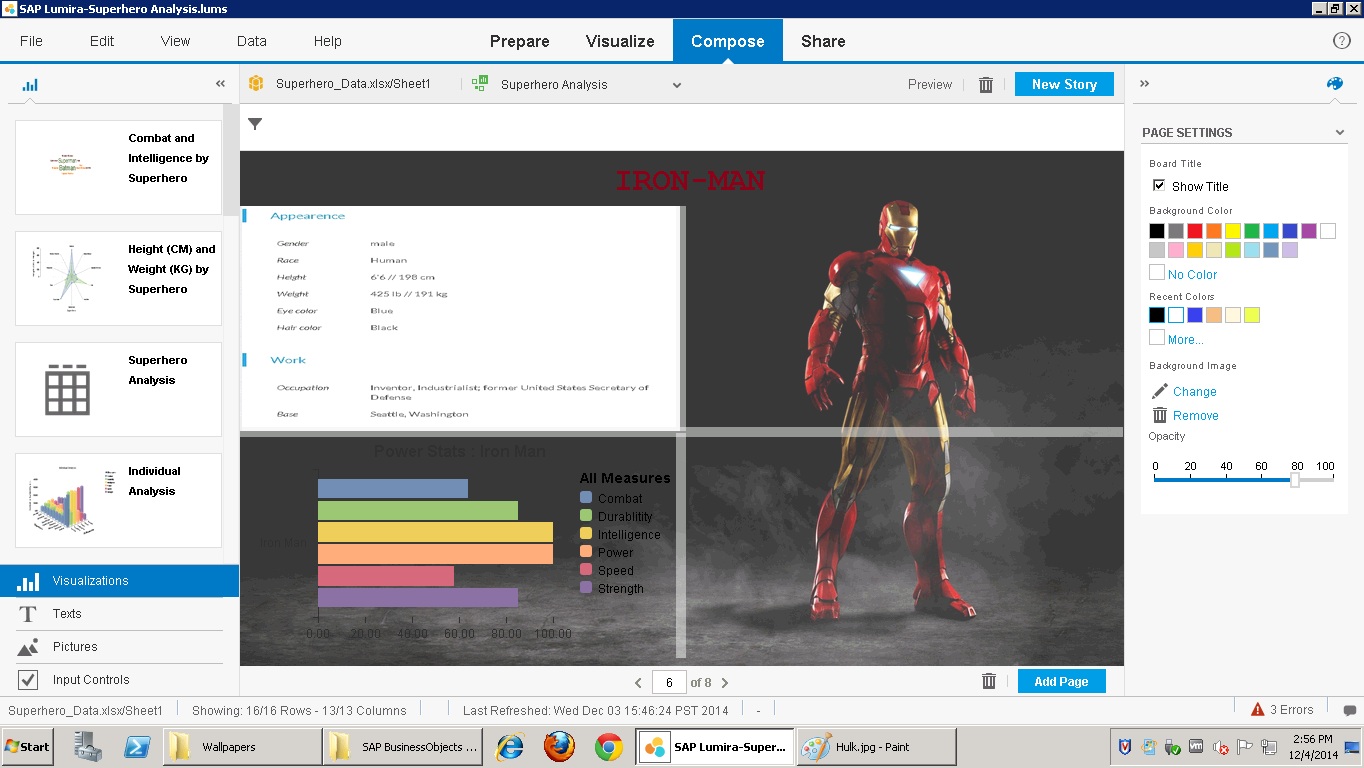 Spider-Man is a fictional character, a comic book superhero that appears in comic books published by Marvel Comics. Lee and Ditko conceived the character as an orphan being raised by his Aunt May and Uncle Ben, and as a teenager, having to deal with the normal struggles of adolescence in addition to those of a costumed crime fighter. Spider-Man’s creators gave him super strength and agility, the ability to cling to most surfaces, shoot spider-webs using wrist-mounted devices of his own invention (which he called “web-shooters”), and react to danger quickly with his “spider-sense”, enabling him to combat his foes. So far I’ve listed factors that disqualify all of the well-known superheroes as superheroes. They all have strengths it’s true, but at the same time they have great weaknesses as well. Why are they still superheroes? The answer is simple: Because all of them never let humanity down, they never fail to act in their interest and they never fail in helping them. One thing was proven in every movie, cartoon, comic book and video game is that mankind never had to suffer because of them. They are always at the right place at the right time. Moreover, they are not selfish; there is not battle between superheroes to see which one is more powerful and entitled to save humanity. They actually unite under one banner, The Justice League and The Avengers for example, in order to increase their powers and chances in winning against evil; and the evil enemy of one, is the evil enemy of all of them. Having said that, the heroes I’m presenting in my articles deserve the title of superheroes.

Please consider my entry and do the needful…!!!