With Data Geek III challenge going around on SCN, I came across lot of blogs related to SAP Lumira. So I decided to do simple analysis using SAP Lumira to let people know about the most used Internet Service Provider in India. For the analysis I have taken the data from http://www.data.gov.in/ , this dataset consist of number of Internet Subscribers for the top Internet Service Providers (ISP). This data is based as per Internet Telecom Services Performance Indicators report for the year 2010 to 2013.

I hope this analysis will help to answer the below queries:

1.    The most used Internet Service Providers, on the basis of number of Subscribers. 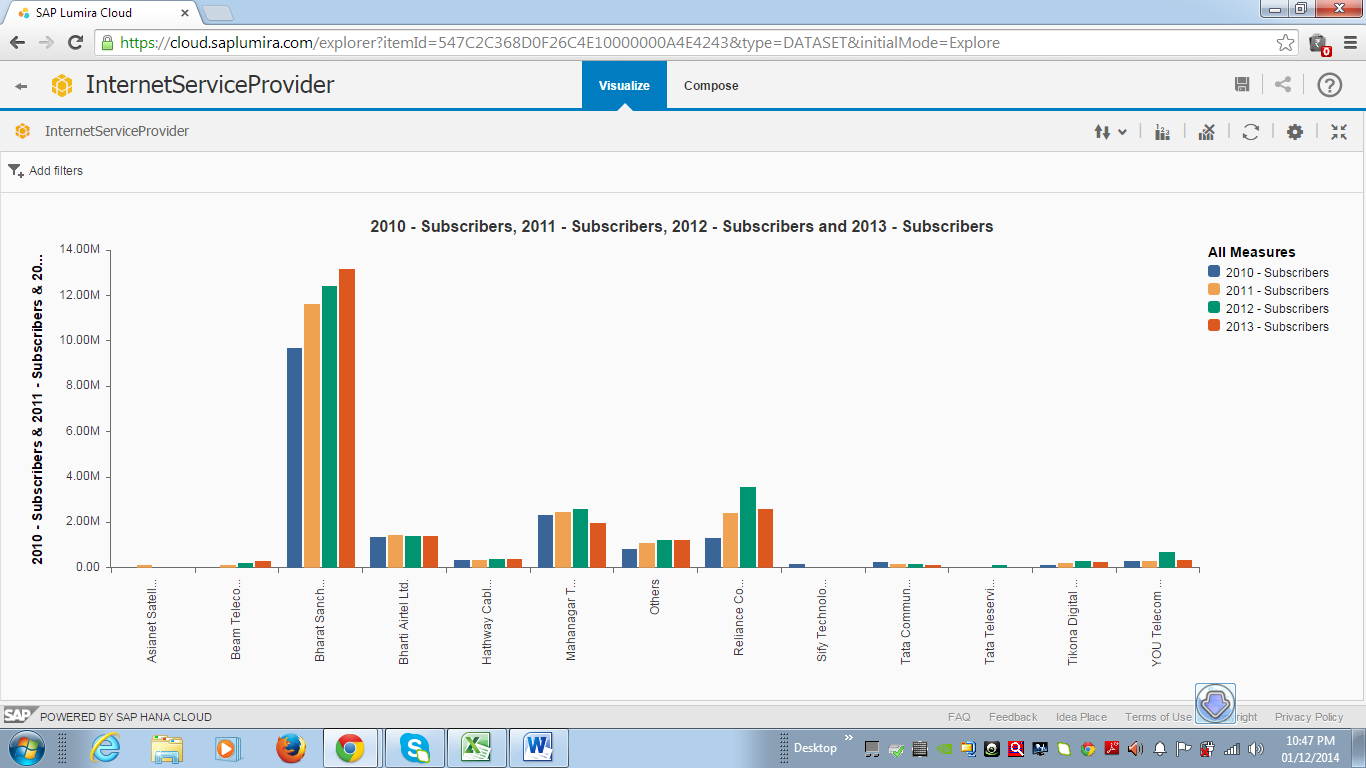 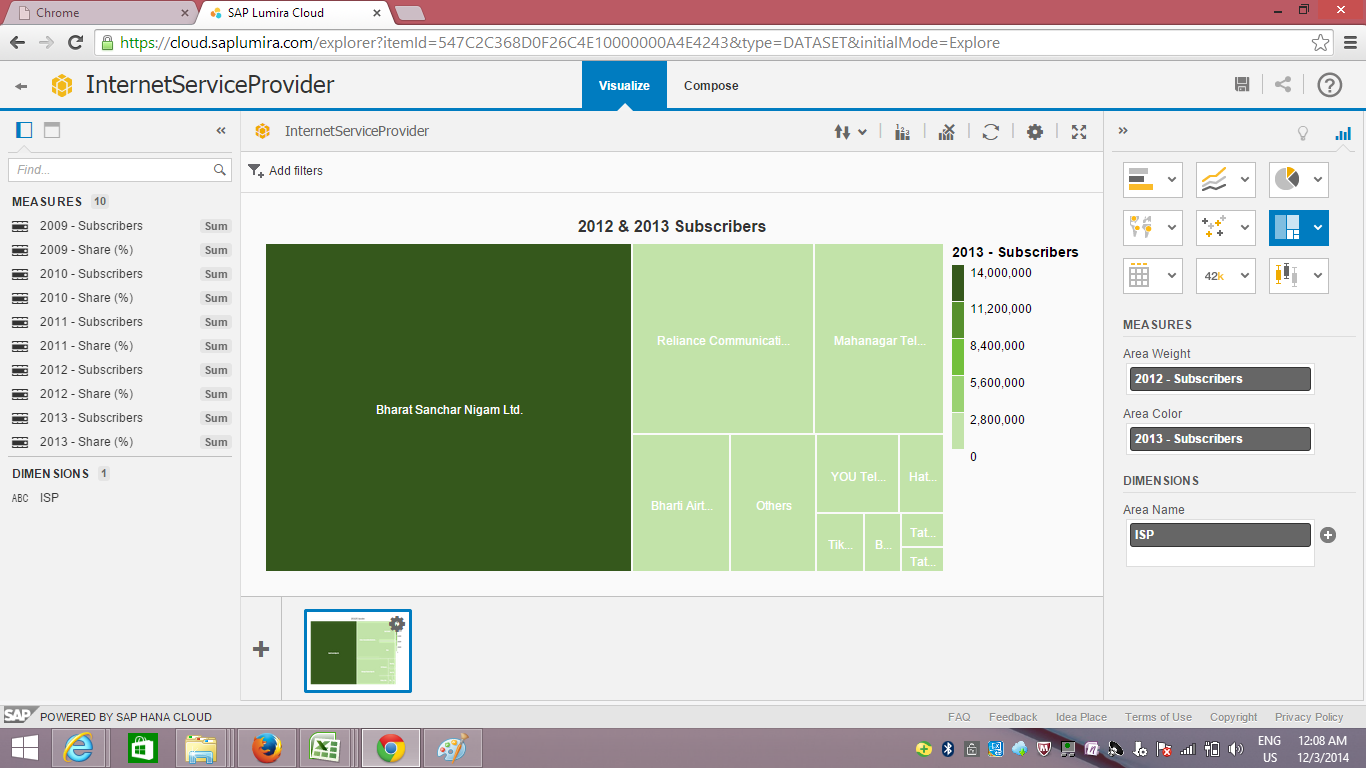 From the above Tree Graph, it can be noted that after Bharat Sanchar Ltd, Reliance Communications Infrastructure Limited and Mahanagar Telephone Nigam Ltd. have maximum number of Subscribers. Hence it can be easily stated that from the top 13 ISP, these 3 service providers have maximum share in the market. 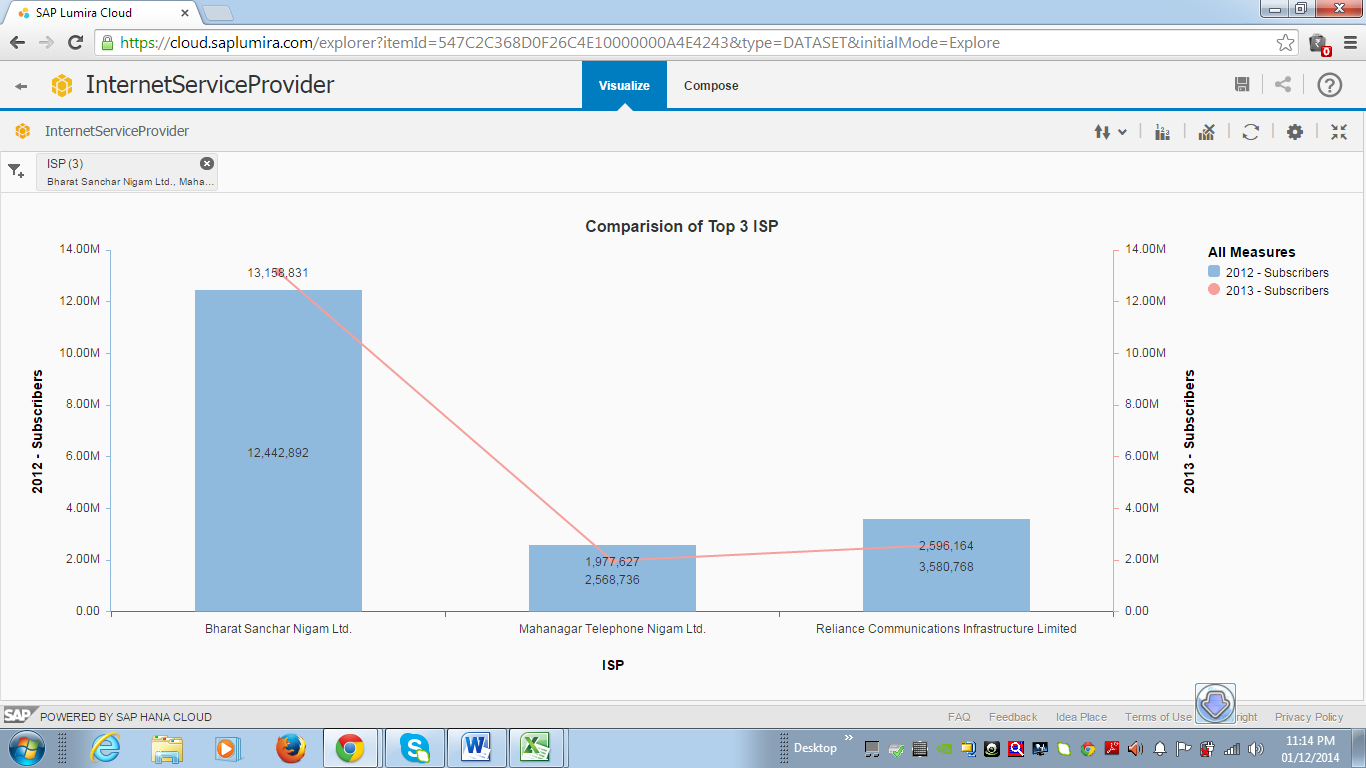 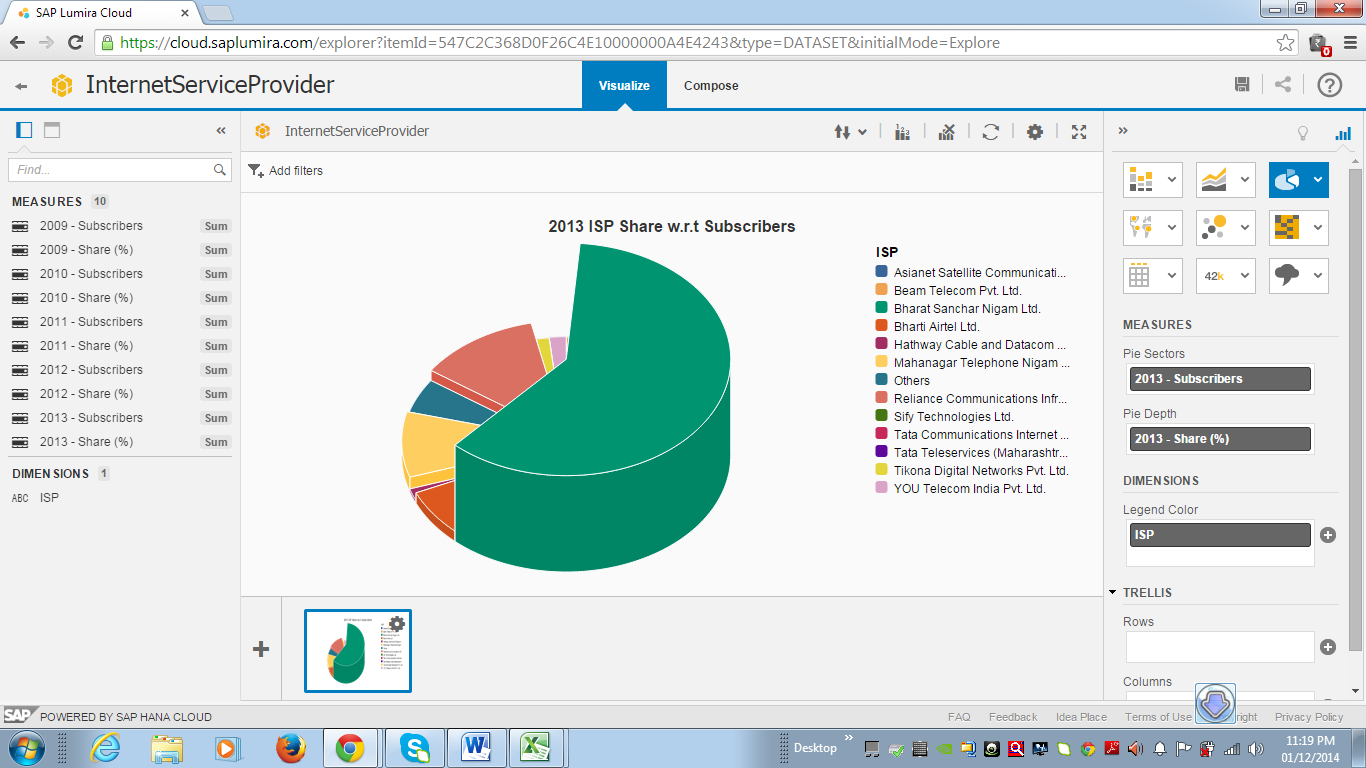 The above 3D Pie chart shows that for the year 2013, Bharat Sanchar Ltd has the highest Share in the market with respect to total number of subscribers. It holds approximately 60% share followed by Reliance Communications Infrastructure Limited, Mahanagar Telephone Nigam Ltd. and Bharti Airtel Ltd.

From the graphs explained above we know that Reliance Communications Infrastructure Limited is the upcoming Internet Service Provider. If we see the graph given below, there is rise in the number of Subscribers from 2010 to 2012, however a drop is observed for the year 2013. 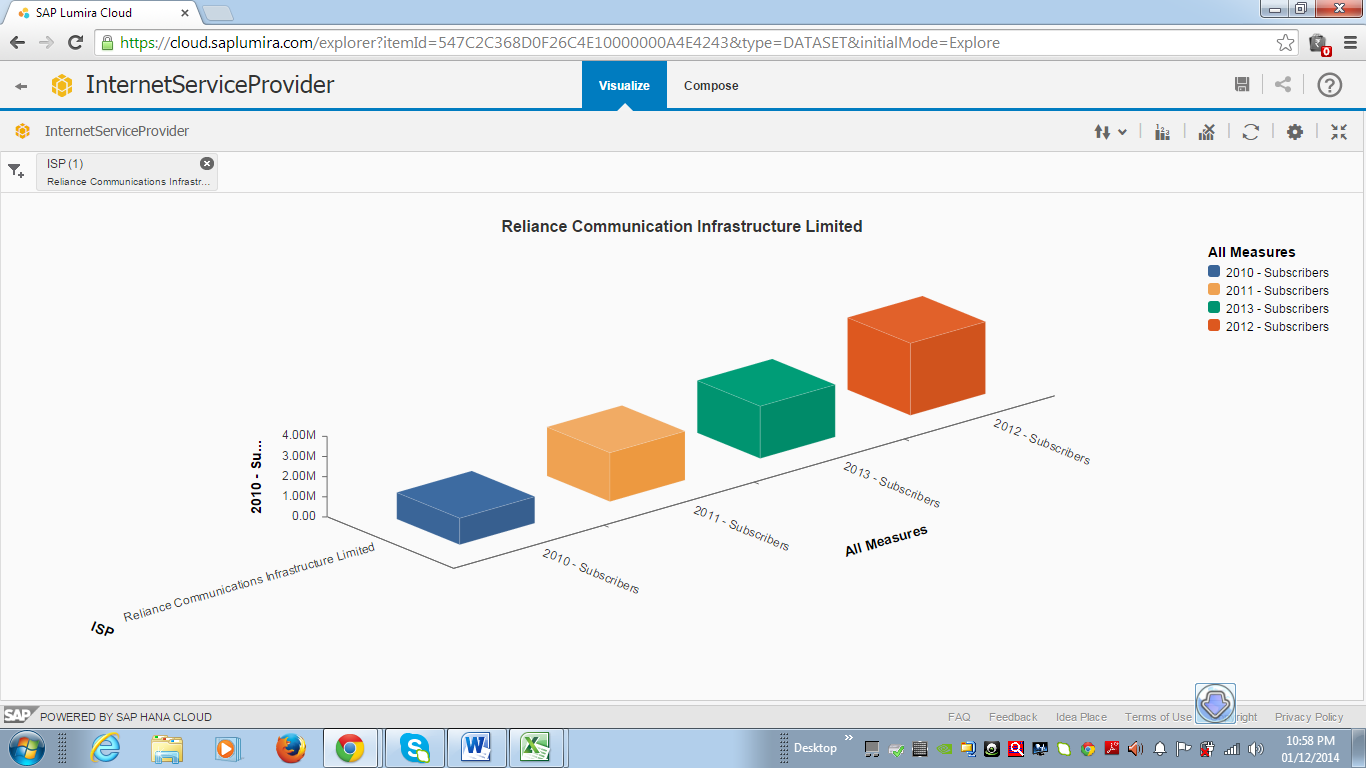 From the above analysis we can easily understand that Bharat Sanchar Ltd is the most popular ISP in India. It holds the maximum percent of share in the market and there is continuous increase in the number of subscribers with them. Now there are other ISP’s like Reliance Communications Infrastructure Limited, Mahanagar Telephone Nigam Ltd., Bharti Airtel Ltd coming up in the market. Though 2012 has seen rise in the number of Subscribers for many ISP’s, but only Bharat Sanchar Ltd could maintain their Subscribers for the year 2013.

I hope this analysis will help you to get a better idea about the popular Internet Service Providers in market. Thank you for taking time to read my analysis.

Thank you Pranav and Shailesh 🙂