How to Become a Computer Programmer in Less than 6 Months 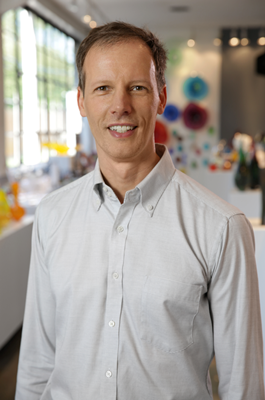 Listening to Jim McKelvey talk, you’d never think he was a seasoned entrepreneur with three wildly successful companies under his belt (Third Degree Glass Factory, Square and LaunchCode), not to mention being an inventor, author and licensed pilot. Obsessed with simplicity, McKelvey’s conversation is refreshingly free of buzzwords and jargon. He recently shared his thoughts on “The Art of Simplicity,” during his keynote at the SAP Run Simple IT Forum, a virtual event held on November 13.

McKelvey may be best known as the co-founder of Square, a payment system that allows merchants of any size to accept credit cards. Square reduced a 42-page contract of legalese to one screen, shrunk a three-week application process down to 15 seconds, and took the costs of a mobile credit card processing terminal down from almost one thousand dollars to free.

All this simplicity is a little more complicated than you might think. It is possible to over-simplify. For example, Priceline inserted a 16-second delay when serving up results to people’s queries. Apparently when they initially demonstrated the technology, no one believed the system could conduct searches in one second. So the company decided that 17 seconds of waiting time were sufficient to overcome user fears.

McKelvey described how he’s getting similar push-back from skeptics on the viability of his latest venture, LaunchCode, which aims to provide a free education and job placement for computer programmers in less than six months.

“It’s a pretty simple proposition. We’ll take anyone who’s interested, give them a free education, and in less than six months, working about 20 hours a week, a person who has no computer knowledge can get to a level of qualification for a job as a computer programmer.”

Despite having educated and placed hundreds of programmers already, McKelvey says that few people believe his venture is possible. The process is just too simple. This isn’t stopping McKelvey, who cited four primary problems that impede simplicity.

First, there’s the ongoing cacophony or requests for new features. Each new capability adds another layer of complexity that’s pushed back on the user. Second is familiarity. We are terrible judges of the complexity in our own lives as we constantly adapt, layering on additional processes. Third is the dynamic nature of simplicity. Evolving technologies are only getting more sophisticated requiring constant refinements to stay simple. The fourth problem is that simplicity requires a big ego. Great design takes the burden off the user and assumes responsibility for a beautiful experience. It’s not easy saying no.

Despite these challenges, McKelvey shared three simplification tricks that work for him:

In a world where everyone wants objects that are simple, beautiful, and easy to use, complexity is the enemy. Keep it simple. Just say no.