I am a newbie to all that things about analytics, especially predictive, but SAP Lumira made my introduction in this topic very smooth. Great to have such simple and powerful instrument in one application!

As a former employee of Russian State Corporation «Rosatom» which builds, owns and operates all nuclear power stations in Russia and abroad, I was interested in getting and visualizing some statistic data about power stations in USA.

All the data was downloaded from http://data.gov

I decided to make some charts, interactive dashboards and a short glossary to explain what are PWR and BWR reactors. 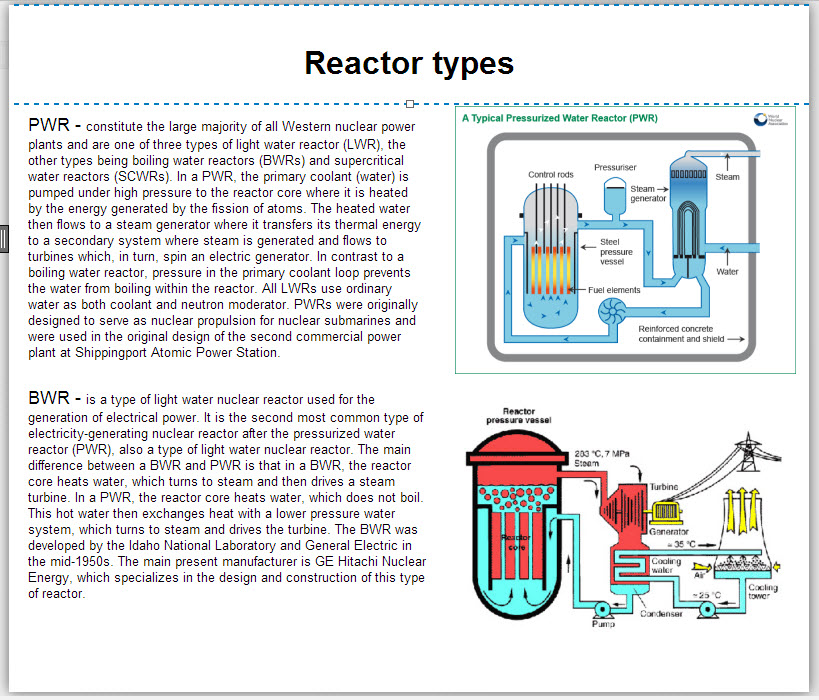 First is the map, generated in Lumira, where nuclear power stations shown. The bigger circle represents bigger capacity in MWatts.

Then I wanted to know what types of reactors prevail in USA, so I grouped all of modifications of PWR and BWR and here is the answer. PWR – rulez!

And another slide is about how PWR reactors beat BWR in a timeline according to construction permissions issued. 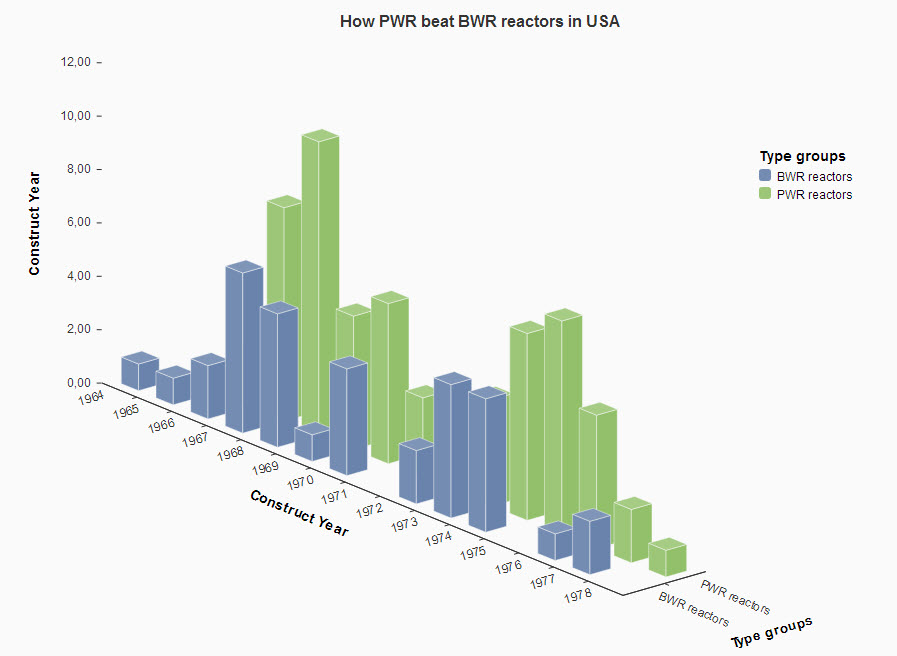 Next 2 shows when the «jump to nuclear power» happened based on commercial operation and years of mass retire of operating stations. Hope in 2030’s we’ll find new ecological clean sources of energy. 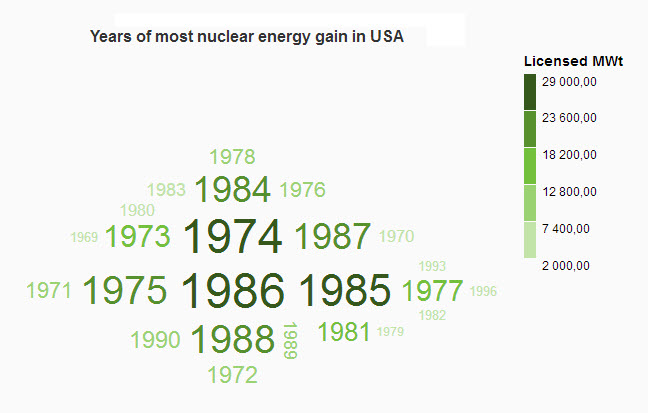 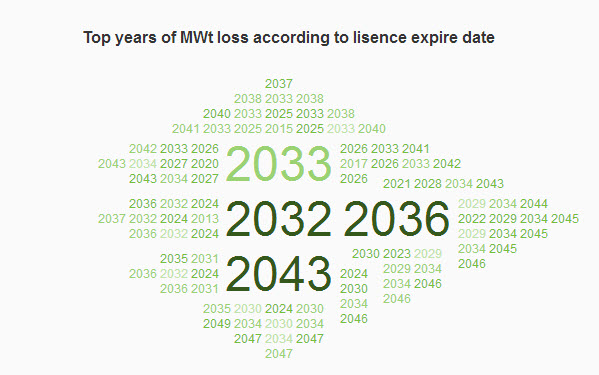 The last two are maps showing the states with the biggest amount of LLW (Low Level Waste) and nuclear fuel. Hmm, now I know where it’s better to buy a house and, guess, you too))) 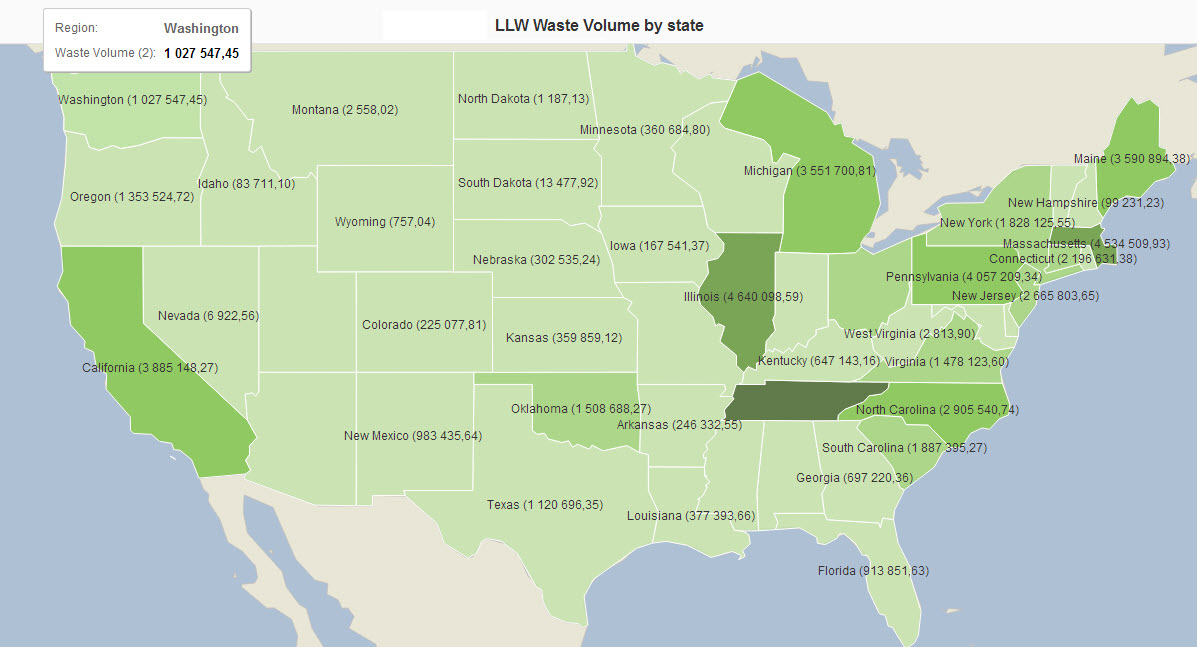 Here is the video showing dashboard, based on acquired data.