85 Years Ago, SAP Canada Did Something Incredible

On the eve of the 22nd century, I look back at an important moment in saving the planet.

I probably don’t need to tell you how close humans came to not making it to 2099.  If a key species disappears in an ecosystem, the web of life adjusts and usually not for the better.  But when you lose 1/3 of all species on earth, the whole world can fall apart. And we came just that close.

Many people don’t know this but at the beginning of the 21st century, the Barcode of Life (BOL) began what is now well-known as the reference for all DNA of species on earth.  Samples date back to 2003 when BOL began using the DNA barcode.  A full DNA sequence consists of billions of pieces of information, but the DNA barcode is only the tiny fraction which distinguishes species.

But as important as BOL’s project was, it might not have succeeded without the collaboration happening in Canada with SAP’s Emerging Technologies (ET).  BOL estimated that there were between 2-50 million undiscovered species, which they could have never found with their limited resources.  So SAP Canada began a design thinking initiative in the Waterloo Labs AppHaus with a multidisciplinary group of scientists, developers, and designers to find a way to crowd-source the discovery of every species.

Combining SAP Canada’s technical depth and BOL’s domain expertise, they were able to design and build LifeScanner, an iPhone application that tracks the DNA barcoding process and explores the known species. At that time, BOL’s DNA barcoding was restricted to a few specialized laboratories with expensive equipment.  SAP Canada extended that technology to anyone running LifeScanner throughout the world. 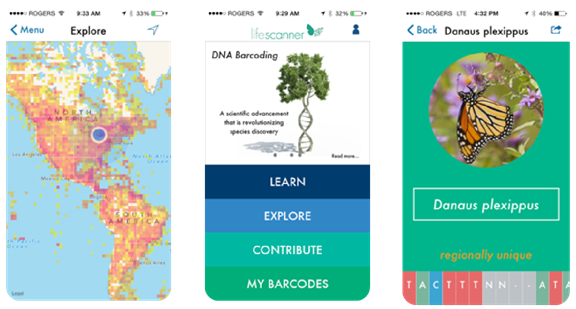 The looming global problems of declining biodiversity were not well known to the population at the time. So we owe a debt of gratitude to those citizen scientists, schools and peer groups who had the foresight to get involved. They used the iOS LifeScanner application to document nature (a much richer nature than we see today) and send samples into BOL.

Imagine the disasters that might have happened without this reference database. In 2024, we avoided a pandemic of Ebola II, by identifying and restricting the back-door movement of unregulated meats using portable DNA scanners at airports. In 2037, we discovered that the desertification of western USA was actually due to the loss of specific species in the soil. Scientists learned to cultivate those organisms and we have claimed back some of that lost land.

Our biodiversity pioneers understood the value a reference database could have to the scientific and global communities – as seen in the following image. 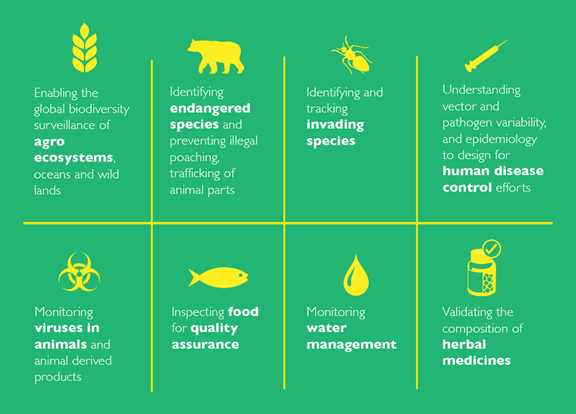 I thank every individual who went to the app store and downloaded LifeScanner to be part of this effort.

I have a special place in my heart for these Canadian heroes; one of them was my great grandmother.