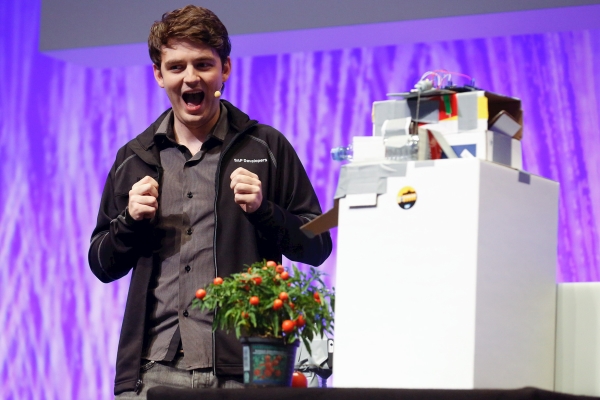 Spoiler Alert: Third place went to went to a team — half-inspired by the Muppets — that created a virtual marketplace for buying or trading care for the elderly and the infirmed. This app could attract more people into voluntary caregiving.

Second place went to guys who built their own 3D printer so they could print their own wireless brainwave-sensor and virtual reality headset. This lets shoppers virtually test drive a product while monitoring their brainwaves; that way salespeople can gauge a shopper’s interest in specific products in real time.

The winners brought the social networking game FarmVille to life with an app that lets users direct and observe the planting, cultivation and harvesting of crops — all from a smartphone. There’s no need to watch a 90-minute replay when you can check this out: