In an innovative student competition bringing together technology and social responsibility that ended last week, the SAP mentored team won the first place, well ahead of the other 9 competing teams.

Each competing group was handed 6 weeks to characterize, design and develop a prototype of an application that inspired the public to take action in any
charity or foundation of their choice. During these thrilling 6 weeks, each group was assigned a mentor – a prominent figure from the software industry – to guide them to victory. 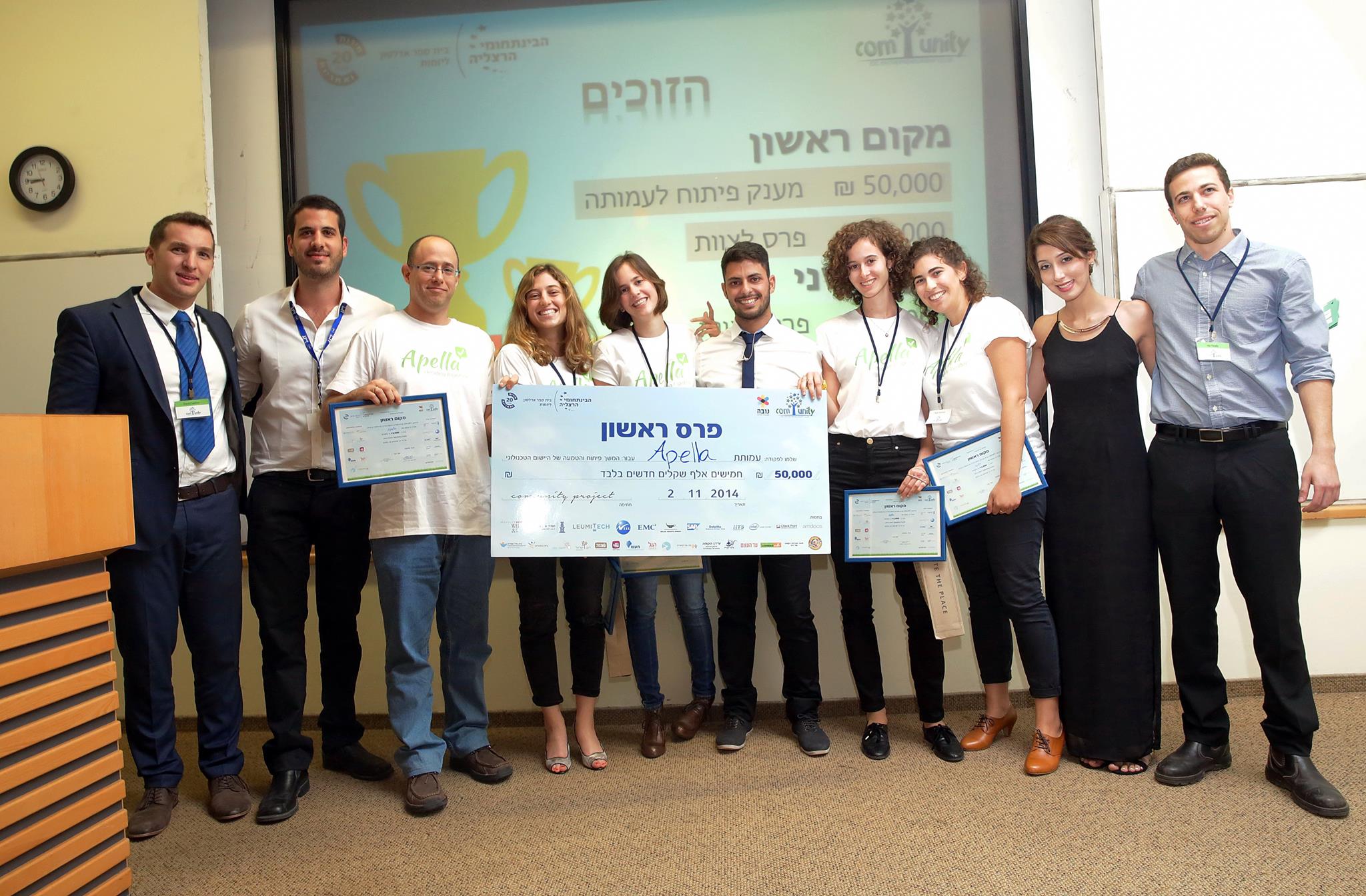 The winning group, 4 young female students, Hadar Gorodissky, Maya Leshkowitz, Romi Gelman & Adi Erteschik, mentored by Eyal Sinai, Director of Engineering at SAP Labs Israel, came in first place and awarded 10,000 Euros and an invaluable platform for their newborn project to flourish.
The beneficial charity, “Beshutaf”, is a cooperative distributing low-priced food for its members. The solution developed facilitates a collaborative platform that allows for on-line discussions and voting on the charity’s proposals in a democratic fashion, thus increasing participation, decisions pace and transparency. When presented to the judges last week, the solution developed was already live for a week and recorded significant business gains for “Beshutaf”.

The 50 competing students represented many universities in Israel and were carefully selected based on their passion and team mix, typically designers and
developers. The 10 non-profit charities were also carefully selected and each now has a pilot to grow and make productive.

Among the winning criteria were: innovation, expandability, a working pilot, user experience, business viability and others. Mor Sagmon, Academia Relations Manager at SAP Labs Israel, who served as a judge in the competition, reported that all judges, prominent figures in the Israeli business, education and social
domains, ranked the winning team in first or second place.

The Appgrading Society competition was the first event kicked-off by the COM.UNITY team, a passionate group of young students volunteered to harness technology in favor of the weak in society, aiming to become an international lighthouse for others.