When thinking of writing this blog I came across a couple of possible titles. The first title was “Moshe goes mobile” however I chose the second one, “What made me run”. Those of you who follow me on Twitter or saw me running around in TechEd Berlin know what I’m talking about. This year the SCN advocates (Jason Cao The specified item was not found. and my self) had a very interesting mission.The challenge was to take as many Selfies we could with community members. I soon discovered that the Selfie (action) and the Tshirt (prize) were only means. The real goal was to engage with you SCN members and I enjoyed it a lot! In this post I will share with you some of my experiences, great encounters and of course what makes/made me run. 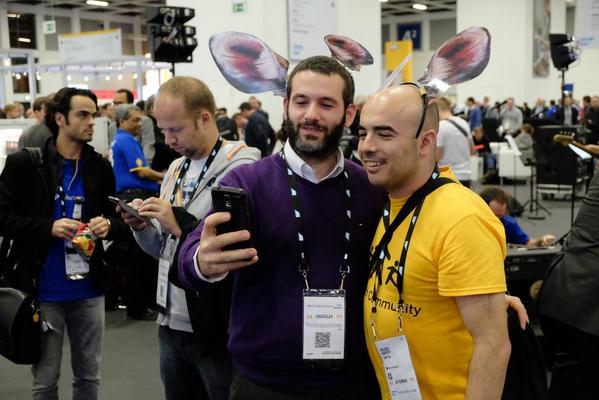 But first, what’s the story with the ears?

Many of you saw me taking Selfies wearing special ears (and the fortunate of you joined me) and were probably asking what’s it all about? Well, you probably heard about the Blog It Forward challenge. It makes me happy to see how it still keeps growing and attracting more people every day from all over the world. Some of you might remember that in the first blog post in which I kicked-off Blog It Forward I attached a picture of myself and in the background one could see those ears. Some people didn’t notice that it’s actually a poster.  And for those of you who wondered, it was intentional. So that’s the reason why I made these ears and later encouraged people to take photos wearing them 🙂 . 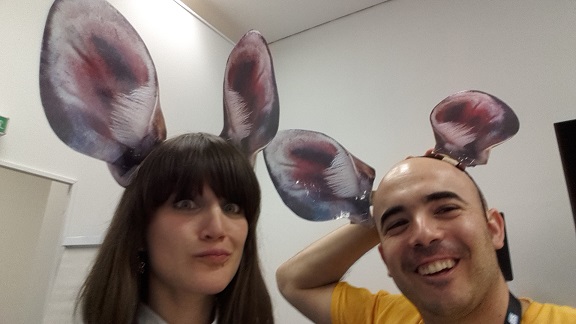 TechEd’s highlight for me is meeting in-person SCN friends that I have known for years, however  just their web version. My first opportunity came the night before Teched in a gathering of SAP mentors and SCN topic leaders. In the event each new mentor was requested to sing after they introduced themselves and the results were actually not bad:). 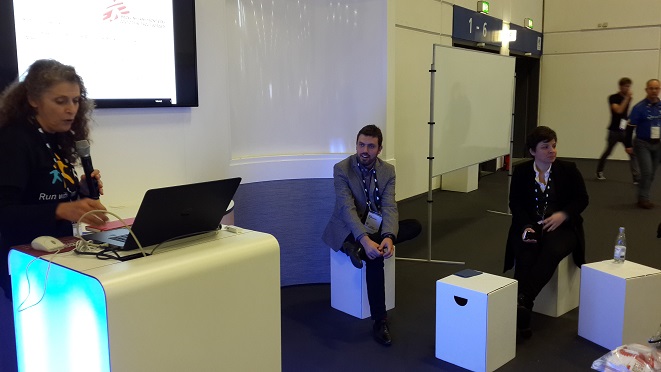 [Amazing The specified item was not found. talking about the Doctors Without Borders intiative, cc Susan Keohan]

The first day of Teched was really exciting for me as it was my first TechEd in Berlin. The venue was huge and of course I got lost when I went to pick-up the scanners. When I got all my gear and had my mobile office setup I started running around as a part of the run with community challenge. Then the real fun began!:) Together with my carry-on suitcase I walked all over  and really enjoyed when community members stopped me and took a Selfie with me (and got a hug). A part of the challenge was to post the picture on twitter (using #hugscn) and I was honored to be included in some peoples’ first tweets.

After the Selfie we would usually either talk about their BIF (if they are members) or about feedback they had about SCN or SAP. I was happy to provide answers when I could or connect them to the relevant people. Before Teched I promised that whoever takes a picture with me will be included in this blog post. I need to apologize for not fulfilling my promise as I didn’t imagine it will be over 70 people?!?! 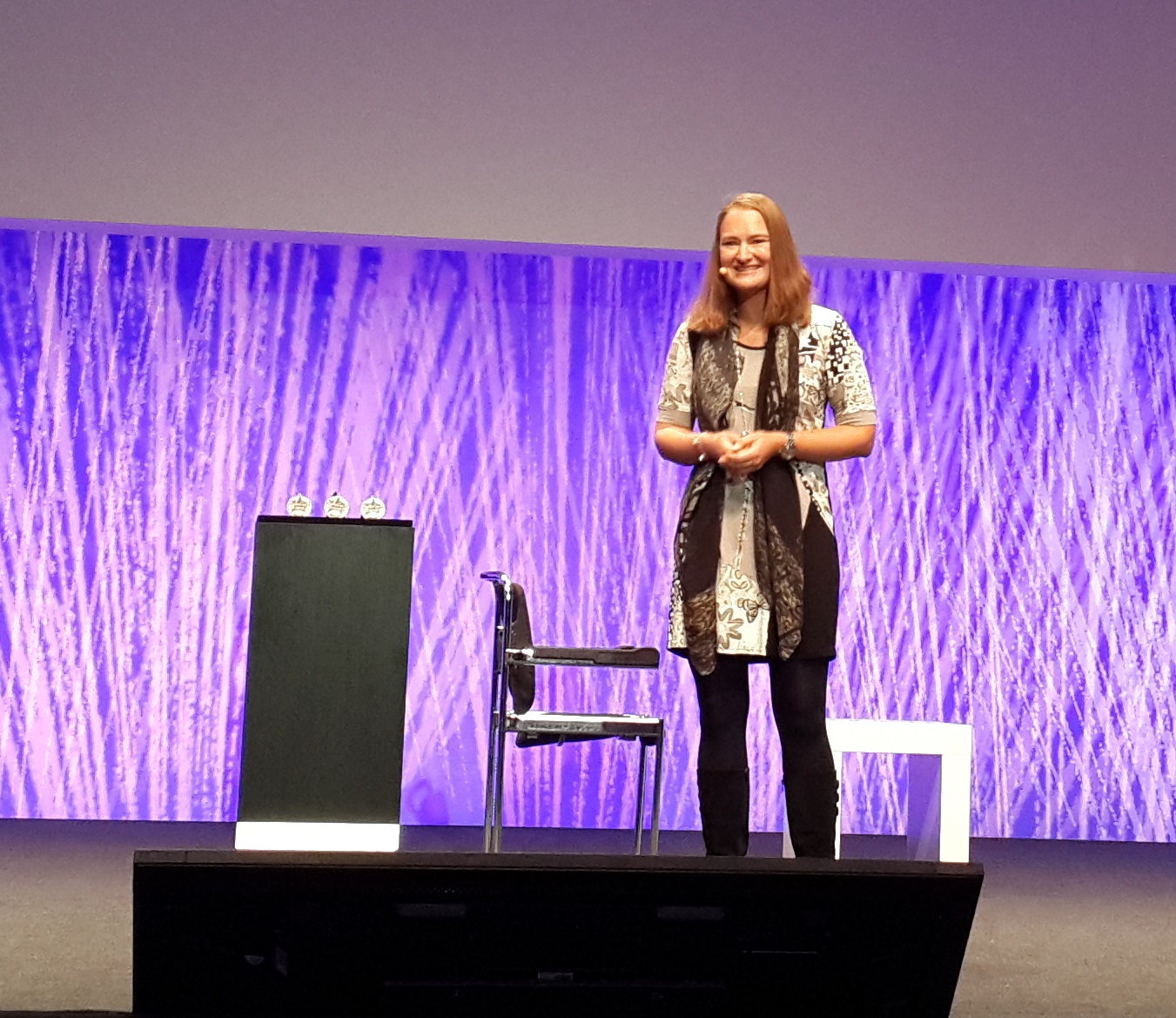 A great closer for the first day was the DemoJam that was kicked-off by Malin Liden, VP of digital experience and community management, honoring SCN Topic Leaders and other significant SCNers. As you know Topic Leaders are very dear to my heart. They are the people who give so much to the community investing their time in providing answers and knowledge. I will use this opportunity to share that Jasmin Gruschke, Topic Leader for  ABAP on HANA will also become a moderator. 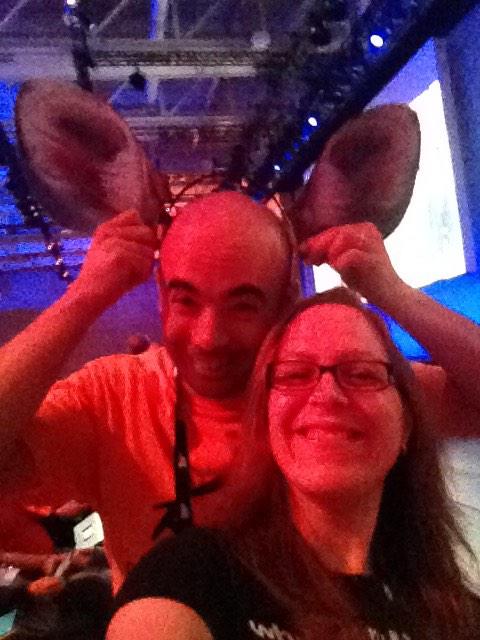 A taste of TechEd

One of my weaknesses is snacks. So you can only imagine how excited I was when I saw this advanced snacks vending machine. This machine has a Touch screen and a very cool UI that is SAP fiori based. It remembers your previous purchases, enables you to use coupons, give gifts to friends and more:). This is only one example of all the cool things that were presented in TechEd 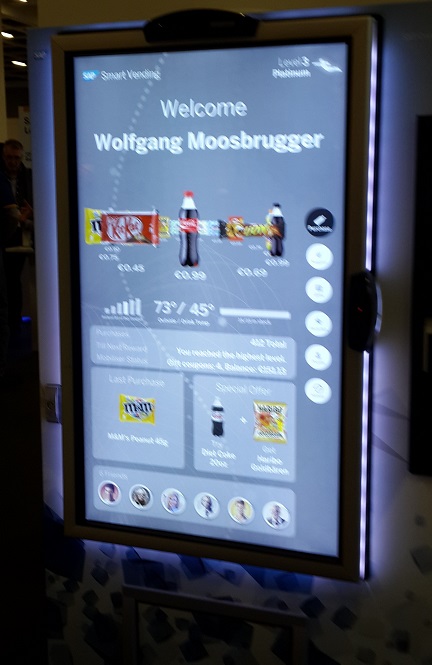 A very meaningful closing event for the TechEd Berlin 2014 for me was the the moderator meet-up. This is our community gathering that we hold in every Teched enjoying the fact that we can have  face-to-face discussions on SCN’s burning topics:

I want to thank Kristian Lehment , Florian Henninger , Lukas Weigelt Hendrik Neumann Andreas Profitlich Jeroen van der A for their great feedback and input. My mission now is to turn their suggestions (as much as we can) into actions. I’m happy to share that the solution for one of the main issues they mentioned is already in the making.

This event really proved to me what makes me run, both in my professional and in my personal life. All that is described in this blog represents the professional aspect. The personal aspect is that this Teched was the first time I was away from Segev, my newborn son. I missed him so much and it reminded what really makes me run every day.