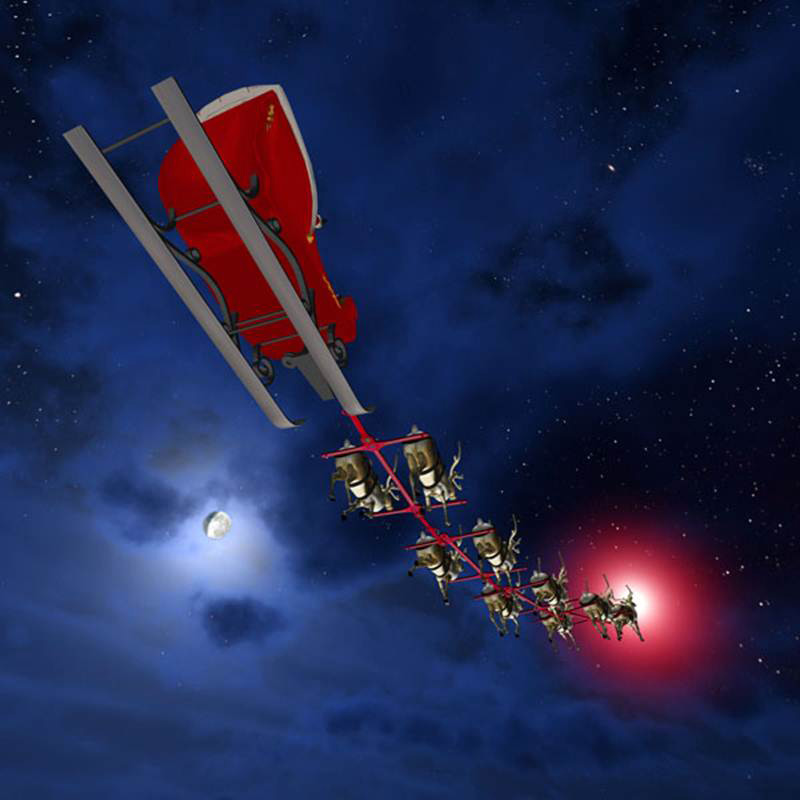 Generation after generation of children and adults have pondered the mystery of Santa Claus.  How does he manage to run such a complex, global industry, delighting his customers year after year?  Thus far, we’ve had to be content with the results, not knowing how they are achieved.  But no longer!

Today’s Networked Economy, fueled by hyperconnectivity among people, businesses and devices, is providing deep insight into the inner workings of Santa Inc.

So here it goes – answers to your burning questions about Santa:

How does Santa produce so many toys in such a short amount of time (given that children mail their lists so close to Christmas)?

Absolutely.  While we still aren’t sure how he makes those reindeer fly, we do know that they have to be in perfect shape to do so.  Santa uses health monitors embedded in the reindeer collars that track various vital signs 24/7.  At the first sign of any illness, automatic notifications are sent to Santa’s veterinarian to initiate treatment, and Santa’s logistics Director is notified, allowing him to prepare a substitute reindeer for the big night.

Yes, but he doesn’t fly every year.  Santa has weather sensors around the globe that feed an advanced sleigh app which determines the optimal reindeer crew configuration for each Christmas.  Rudolph is called upon when fog patterns require the extra illumination, being notified via his collar-mounted mobile device.

So there you have it – some of Santa’s deepest secrets revealed.  Santa may be a forward-looking pioneer, but the power of the Networked Economy is there for all us to use today. Yet one more lesson for all of us to learn from Santa Claus.

On Cyber Monday I’ll reveal more secrets, including how Santa knows if you’re naughty or nice (I’ll give you a clue – it’s not magic).

Love what you have done here and the skillful use of links out to the "work" related bits rather than mention product directly means I'll be sharing this with my kids this evening. 🙂