After working for around 9-years on Java, finally got my first chance to work productively on Pure Web Application. It is based on OpenUI5 technology, but still has server side using Java environment (OSGi runtime). Got my hands dirty into javascript, jquery, openui5 to that extend that I started giving session to colleagues joining later point of time.

Then it so happened that during my transit from Delhi to Bangalore, I happened to be bored by the time I had stepped on the airplane. The flight had delayed and hence I switched on my laptop to search for peace. We all have this list somewhere stating ‘things-to-do’ and ‘books-to-read’. I had one similar book about node.js (the node beginner book – Manuel Kiessling) and I began to read it, considering that by now I understand the design-patterns of javascript. In the next 3hrs and the weekend that followed, I was hooked onto node.js.

“Behind every successful man, there is a wife…and an unsuccessful man, a mistress” – A quote from the web-world, where I would say, my journey to Web-development has begin to be successful because of my better half. My wife (herself a web-developer), asked me what real-world-problem are you trying to solve. I didn’t have an answer at that point of time, but soon I realized the complexity of my day-today-work (of using complex client/server infrastructure) can be reduced big time to represent any simple web-application.

“To build a simple web-application with single program language aka javascript (UI, to server, to database)” — I have tried to be summarize it without really revealing what I am building — but this would do as for now.

Every good development needs variety of tool-set. In this case there is just the IDE (Eclipse Java EE IDE for Web Developers – Kepler version) and the update site of ‘Node Eclipse’[1] (Nodeclipse – Installation Instructions). 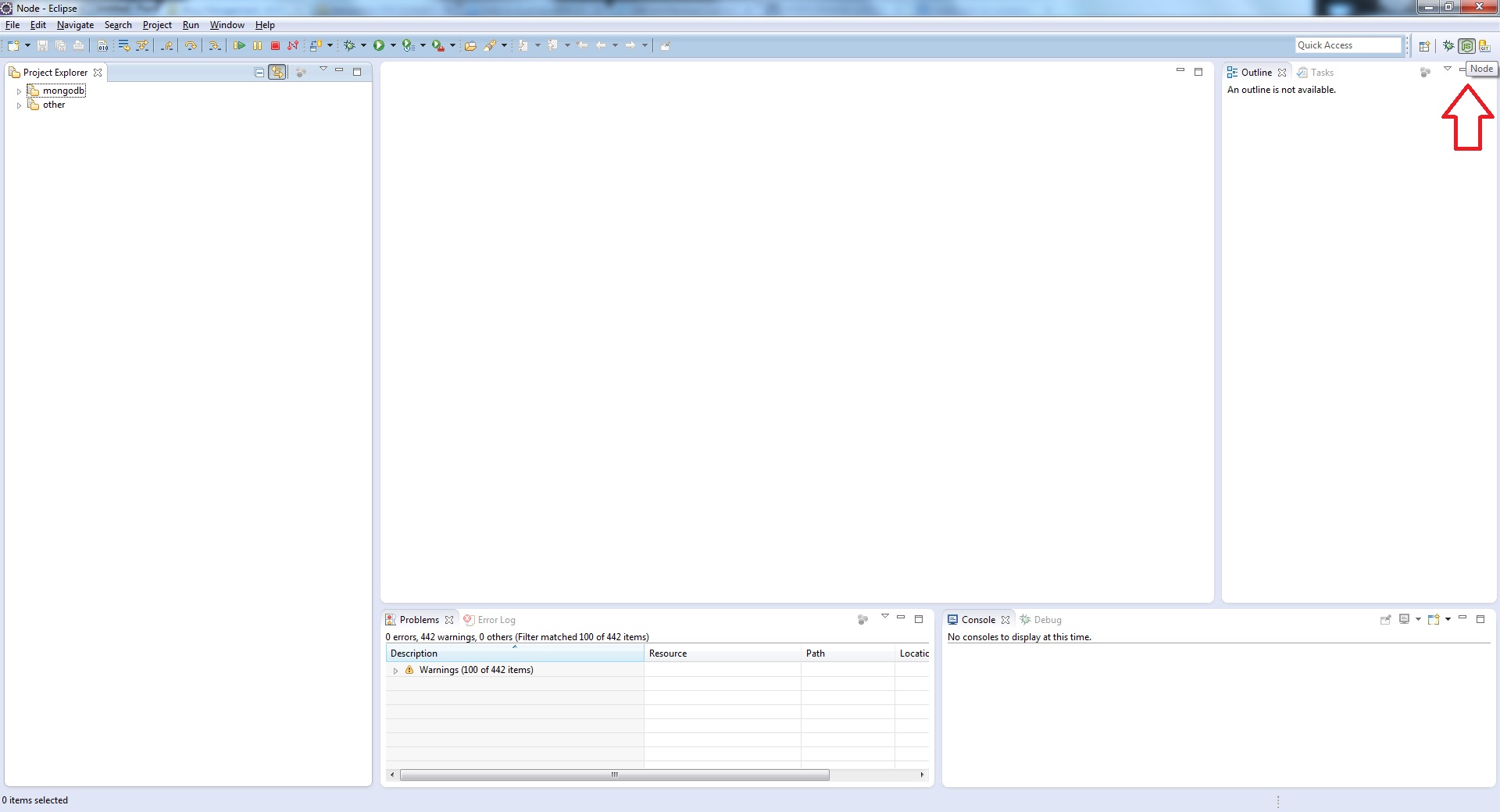 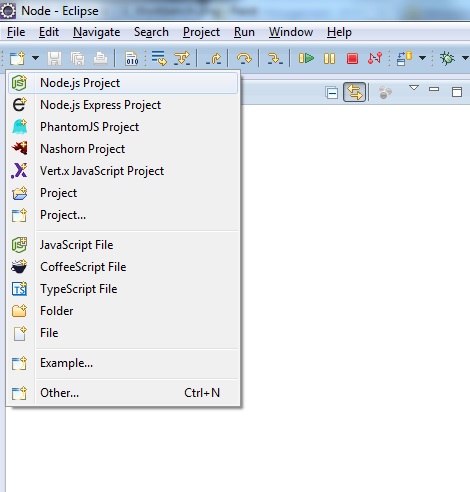 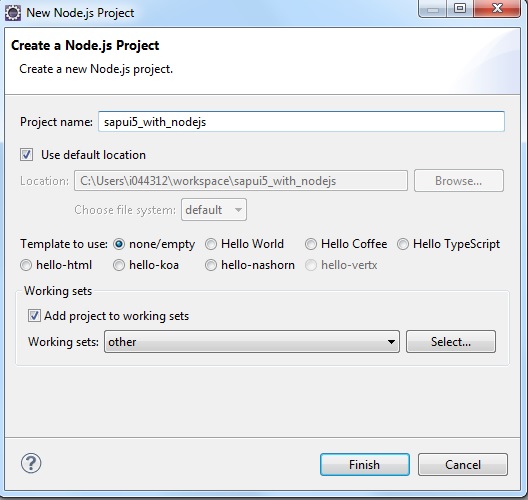 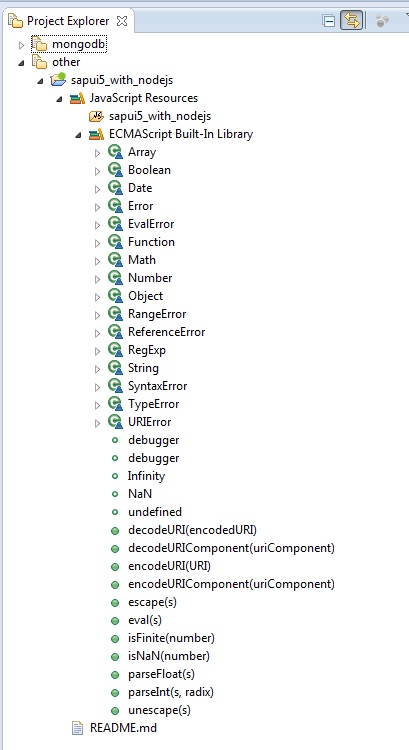 It is a simple and most commonly used REST implementation on nodejs. It helps in setting up HTTP server and handle REST calls.

Refer to the attached project which contains the complete project. Due to size limit no ‘node_modules’ are included[3].

Contains the definition of the module we are building. Two major section of json are discussed:

This is sort of our main program (like in java). While this blog would not talk about how to write node.js module programs, there are some parts I have discussed below

The most interesting part which really helps in consuming the OpenUI5 CDN URL for building our Web Project. The rendering-algo of the Jade Template engine is based on line-breaks and indentation.

In our example we have just used the unified shell example. 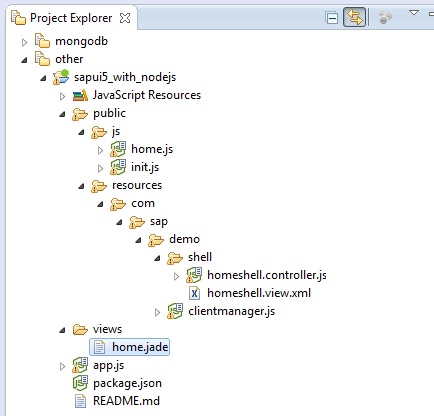 A simple shell application which can be grown into full-blown application. Use modulus.io or microsoft azure which provide node js based hosting solutions. 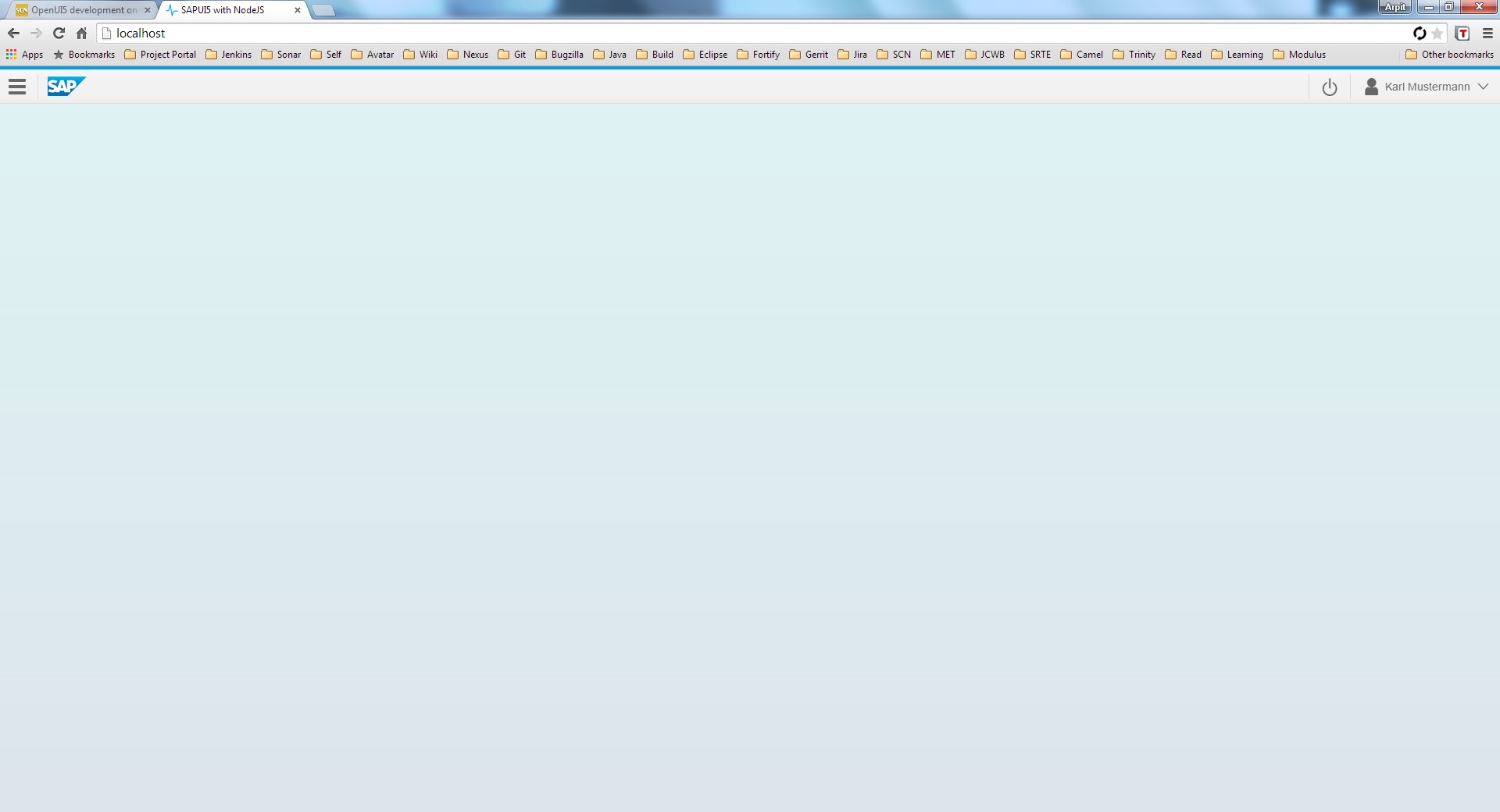 It is always possible that we would like to work offline (say sitting in airplane). As we are using CDN, this would not work out. We talked earlier in the blog where we are registering folder as ‘public’. If we place the relevant OpenUI5 SDK js in specific folder and refer the same from our home.jade file we should be able to build our application in complete offline mode. Based on the image below, just check the change made in home.jade & the project structure.

NOTE: This is only for DEVELOPMENT and shouldn’t be done in PRODUCTION. Mainly because of the size of OpenUI5 (~22MB) and for pointing to the latest version. [1] – Why Node Eclipse for development? This was the first google hit to do ‘Node Eclipse’ development (coding/debugging/testing). There are some things provided from Strong Loop (Open Source), but not yet evaluated.

[2] – npm stands for Node Package Manager which is used to resolved dependencies between one node-module to others. There is lot more to npm but for now it is the only part which is necessary for the scope of this blog.

[3] – For running the project, import the given project into eclipse. If you have the ‘node-eclipse’ installed then do the following:

The OpenUI5 Git repository now also includes Node and Grunt configuration to enable you to build and server content.

Thanks for pointing this also out Jason. Will try it out surely 🙂

thank you for this nice tutorial to setup a node.js project that's using OpenUI5. I used this weekend to dive a bit into node.js and cause I´m already familiar with OpenUI5 this gives me a good starting point for developing an OpenUI5 application with node.js backend.

Glad it helped you. In case you have some questions or clarifications - shoot me an e-mail and I would try my best to help you out with.