Though this was a 4h hands-on session our plan is to provide a short video that shows the most important aspects for those that were not able to join or just want to have an overview what needs to be done here.

The result is a 5 minutes video that has been uploaded to our YouTube Channel:

In our demo we will create a simple OData service having just one entity set for business partners based on a CDS view that is accesible from the ABAP stack. As described in more detail in the following document New Data Modeling Features in SAP NW ABAP 7.4 SP5 “CDS entities are integrated into the ABAP Dictionary and ABAP language using the same infrastructure which exists for classical Dictionary views.”

The whole process starts with the creation of a Service Builder project.

Here, as a first step, we import a DDIC structure which is based on a CDS view.

After having created an entity type and an entity set based on importing the corresponding DDIC structure the service implementation is performed by mapping the business entity (the CDS view) to the entity set. 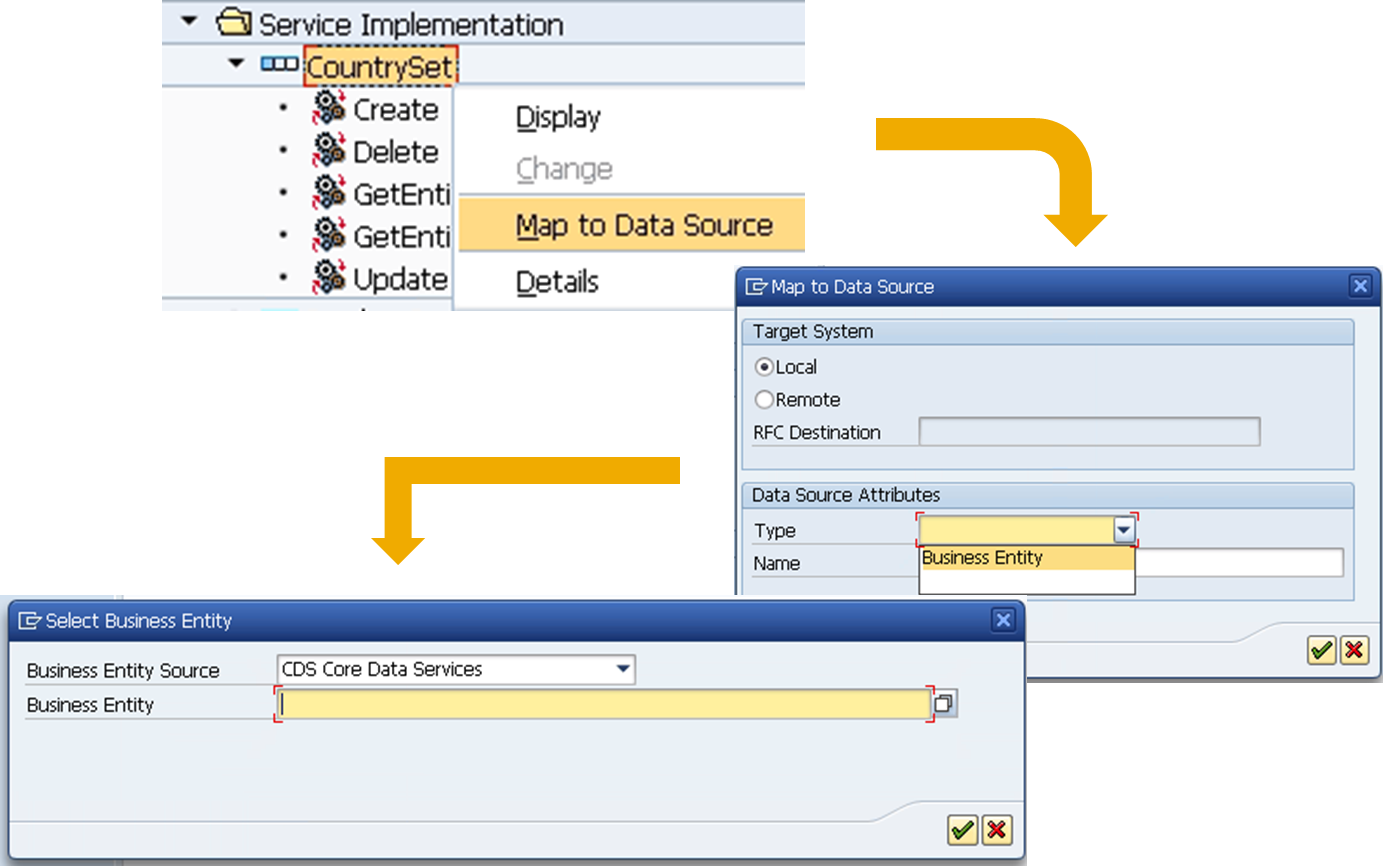 After having done the mapping via drag and drop the service implementation is generated without the need to write a single line of code.

When the runtime artifacts have been generated (step 2) the service is also registered in the backend system and can now be published via the Service Builder in the connected Gateway Server (Hub) system. 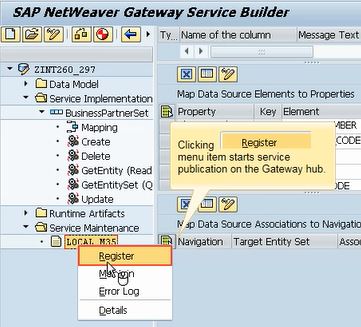 A first test is done using the SAP Gateway client. 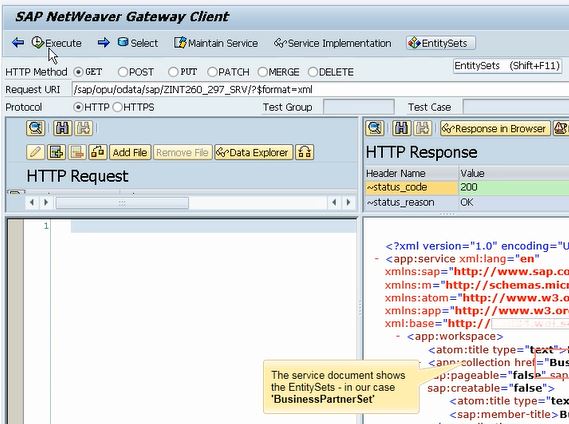 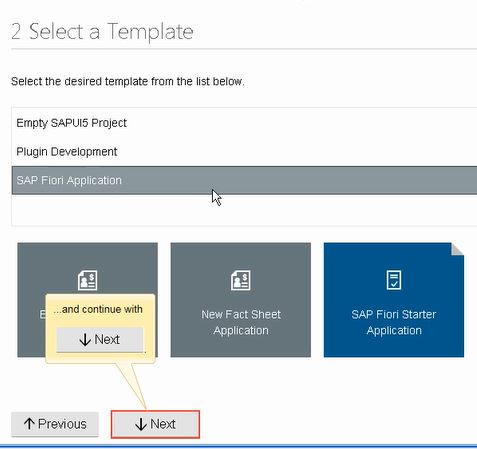 The generated app is finally tested in the browser. 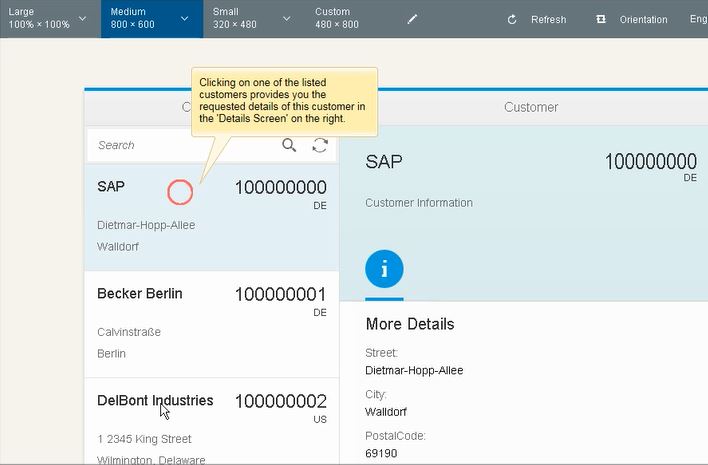 Very nicely elaborated.Your book on odata and netweaver  is also extremely informative & helpful.Actually we are planning to develop the SAPUI5 screens using SAP netweaver gateway for some field service E2E use cases.For example there will be SAPUI5 screen like service order capture,service order update etc where we will be using odata to fetch the data from SAP CRM & then update back to SAP CRM for data through excel file or in the SAP UI5 SCREEN.The backend data in CRM is heavy.Is it suggestible to go for UI5 from performance etc point of view.Any measures to ensure high performance through gateway.Can you pls share your valuable comments .Also attaching one sample screen: 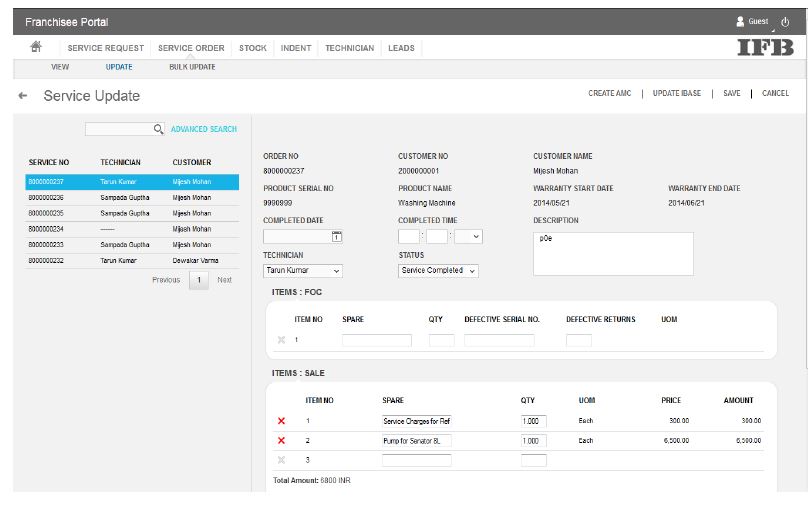 great to hear that you like our book about SAP Gateway and OData 🙂 .

A while a ago my colleague David Freidlin posted the following blog Gateway Performance Best Practices - How to consume Gateway from performance point of view around do's and don'ts when it comes to performance aspects around SAP Gateway.

Depending on the scenario the delta query support might help you which I have  described here How to Implement Basic Delta Query Support in SAP NetWeaver Gateway or might want to use eTags or the new Soft State feature How to use Soft-State support for OData services .

Thank you very much...We are  actually planning to implement an extensive SAUI5  desktop  application with more than 15 use cases on SAPUI5 with  netweaver gateway and I as the owner of this project was trying to get a hold of what is this technology all about from various sources.This book guides to understand the nuances from the basic concepts till advanced areas.Extremely delighted to get the guidance from your book!!

In the scenario I mentioned in my earlier query, where multiple users will concurrently work on the SAPUI5 screen, there may be some update which is happening for the same  SAP CRM service request by multiple desktop users.e.g User A who works as a service partner has service request 123 to update in his desktop.From sameservice partner  organization user B also logs in and may see the same service request 123 in his desktop and starts updating.There will be a concurrency .What happens when there is a heavy list of service tickets at month end with multiple users logging in to the same screen and updating.Any advice would be of great  help.