It’s back 🙂 😆 –The Data Geek Challenge (Part III); with new insights and new challenges that has come up within the last year or so leading to even greater consequences.

So the time has come again to take up the challenge for analyzing data, drawing meaningful inferences from them and taking decisions based on the inferences there by defeating the Dark Data Walkers. 😉

With just under three months left for the Cricket’s biggest extravaganza, i.e.ICC World Cup 2015, to begin, it could be quite interesting to see how SAP Lumira takes on the cricket stats and predicts the probable contenders for the World Cup 2015, where in one can put their money 😏

-4 teams coming up from the World Cup Qualifiers 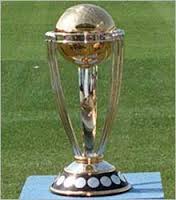 The data for analysis has been taken from World cup statistics section of the Cricket Information website, Live cricket scores, commentary, match coverage | Cricket news, statistics | ESPN Cricinfo and it contains all the information for all the World Cup data starting from 1975 to 2011.

The parameters that have been taken into consideration as follows-

The data set used for the analysis is shown as below- 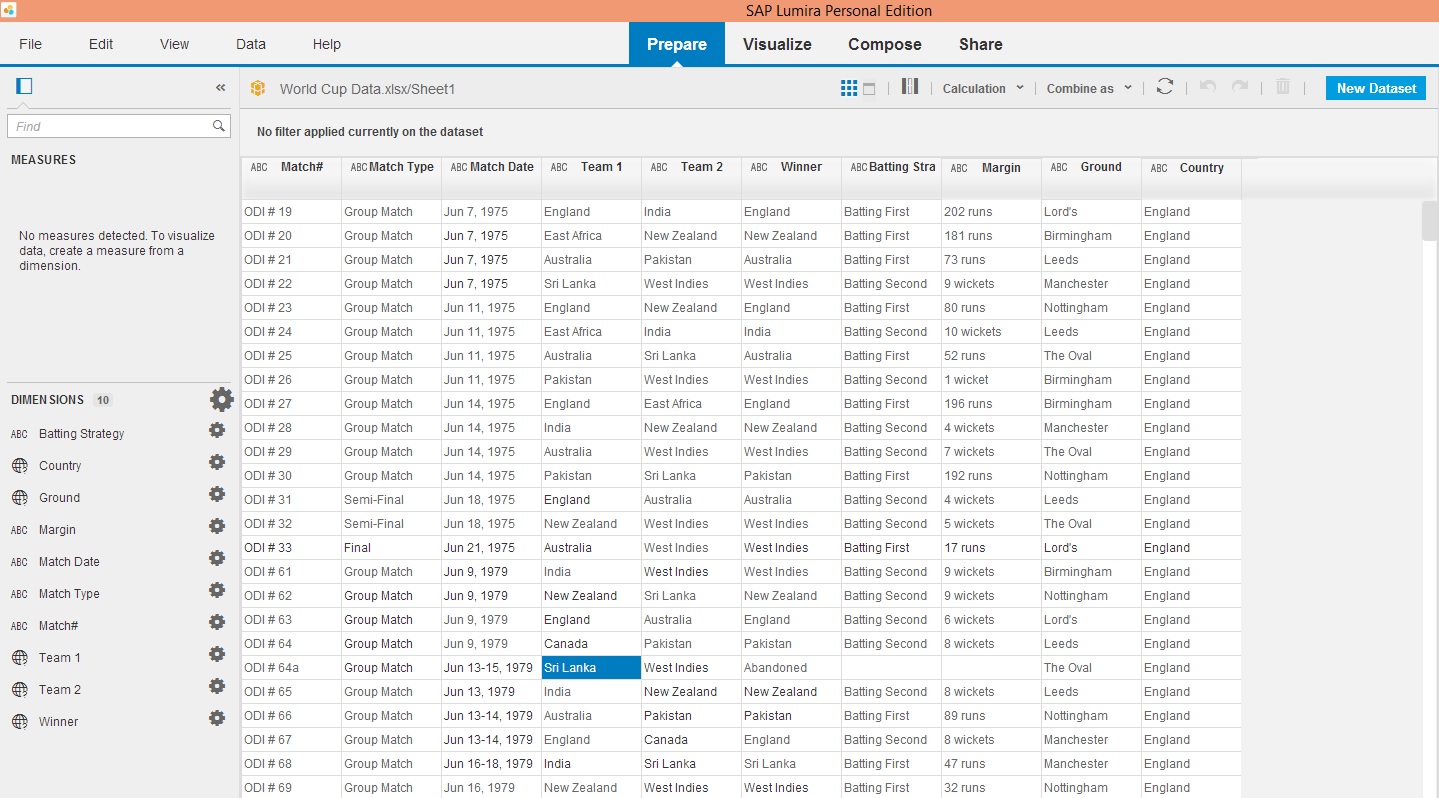 The first question that comes up in mind-How the different teams have performed till the last world cup.Which are the teams on the rise and which are on the fall?

To find the trend, I created measures for matches won placed them on the Y-Axis and year on the X-axis respectively and have grouped them by the individual teams and got the following visualization-

Going through the Team Performance over the years, one can easily predict that Australia is one of the most consistent performers followed by India, England, New Zealand, Sri Lanka and South Africa. Though performing very good in the initial years, the performance of West Indies has dropped in the recent years.

Going a bit deep into analysis, just thought to know, how the teams have performed in pressure situations till the last world cup?

As for many Cricketers, “Its a once-in-a-four year chance to show the skill, talent and mettle in Cricket’s showpiece event”, so obviously the pressure factor will be above normal in the high-profile cricket matches

So, keeping your nerves in tight games, actually proves the mental strength of a team. So in here, we have tried to find out how the different teams have responded in pressure matches.

For this, we have tried to map the match type against the teams over the number of years and have got the following visualization-

Going through the above Tree map, undoubtedly, Aussies have a very impressive record having won Four of the Ten World-Cups played so far.

In fact,the conversion rate from a Quarter-final to Semi-final and then to Final is quite good.

Not very far behind are India and SriLanka, who also have a good record when it comes handle pressure games.

Pakistan and West Indies,though in the early years have dominated, but now are losing the grip.

New Zealand and South Africa, have come up quite well in the recent years but have been able cross the semi-final stage.

As for England, being into Final for three times, they didn’t got a chance to win it.

How has the Batting Strategy been for the different teams, has it changed over the years?

Batting Strategy-A parameter which is considered quite important as it is dependent on a number of factors like-Pitch, Weather Conditions, Opponents Bowling attack etc. There are quite a lot of examples from the Cricketing History, where it has been seen that the team which were considered as hot favorites have lost  to a below par team just because of a bad batting strategy decision.

In here, we have tried to plot the batting strategy over the number of years and the tried to analyze whether it has any impact or has it changed over the years or not.

Initial years, we could see that batting first and setting a target for the Opponent was considered a good strategy.

However, over the years, it has changed and now setting a target\chasing a score is the same for the teams.

Probable Contenders for this World Cup 2015?

A very tough question to answer; In today’s Cricket Arena, any one team can’t be considered as a favorite.

However, we have tried to ask SAP Lumira the question and the answer  is as follows-

Its clearly from the above that Australia has clearly an edge over the other teams in terms of winning the World cup 2015.

However, not far behind are India, New Zealand, Pakistan and South Africa.

So, I am going to put my money on the Aussies this time, what about you? 😏