I started using SAP Lumira few months back and got totally hooked on it. Undoubtedly, its one of the best Self Service BI tool. Apart from bundled with lots of out-of-the-box extensions it also provides flexibility to developers to create custom visual/data extensions. In short, it provides endless possibilities to individuals / companies to create stunning visual stories.

I accepted the Data Geek III Challenge and analysed Formula 1 statistics using SAP Lumira. I started with collecting data for Formula 1 results and developed corresponding extension, which i felt suited to the stories. Main source of data and images have been Formula 1® – The Official F1® Website and Wikipedia.

I have created following storyboards:-

Each of these storyboards is discussed below in detail. 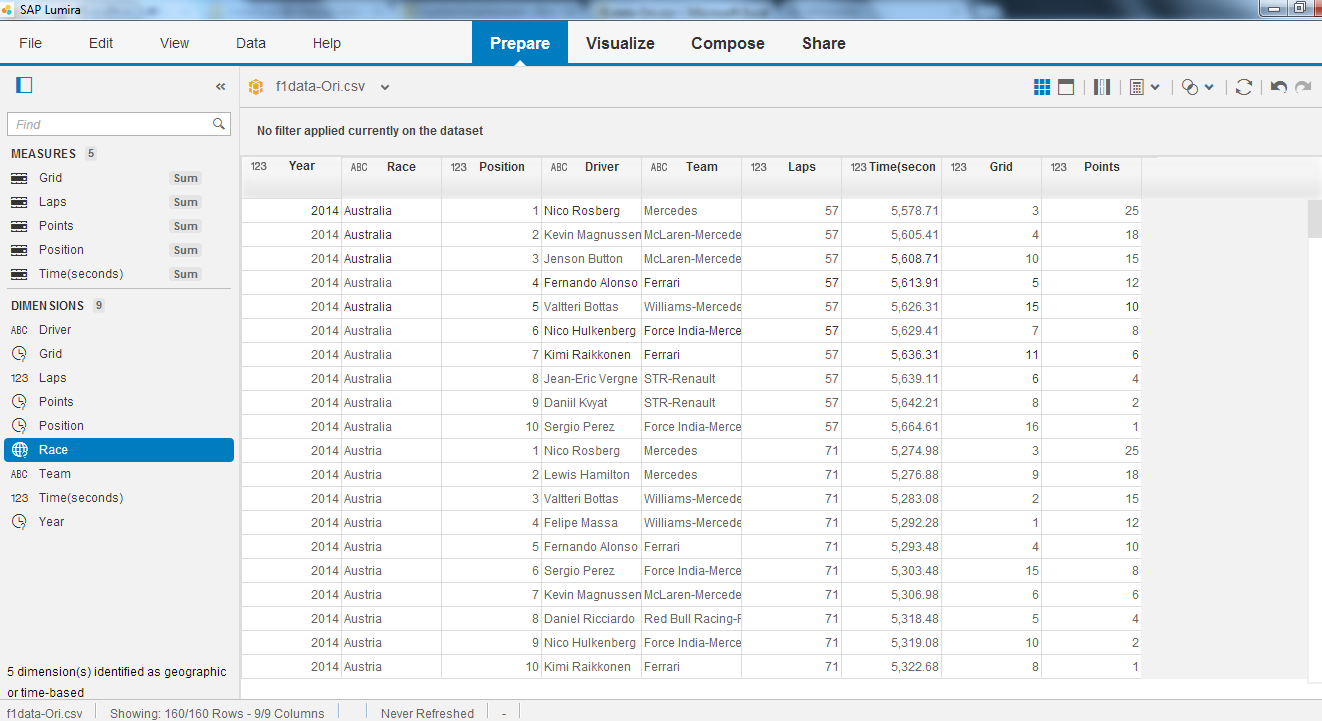 These storyboards presents Formula 1 standings of team and driver for year and race. 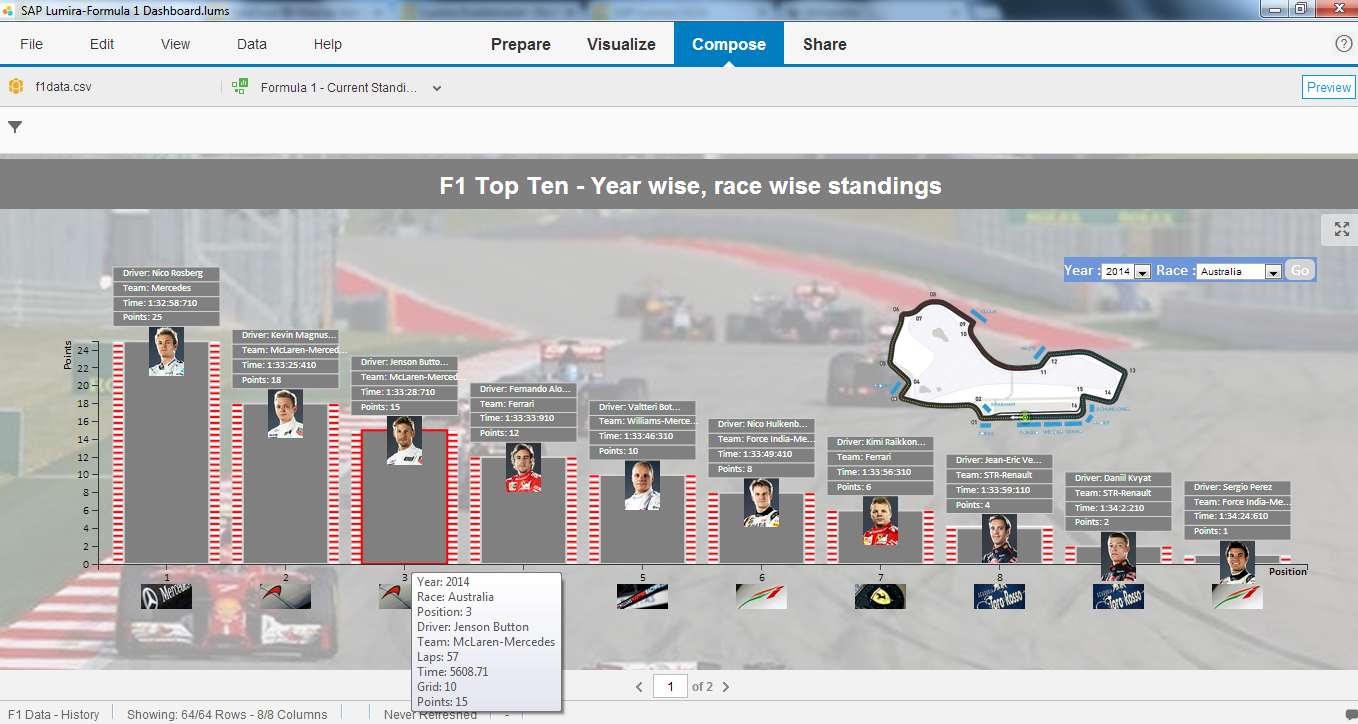 Above bar chart uses animation with a moving F1 car image. Check out video at the end of the blog. 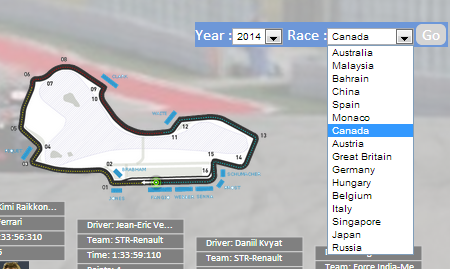 User can select year, race and on click of “Go” button, storyboard would change to display data for selected year & race.

A circuit diagram for selected race is also displayed. 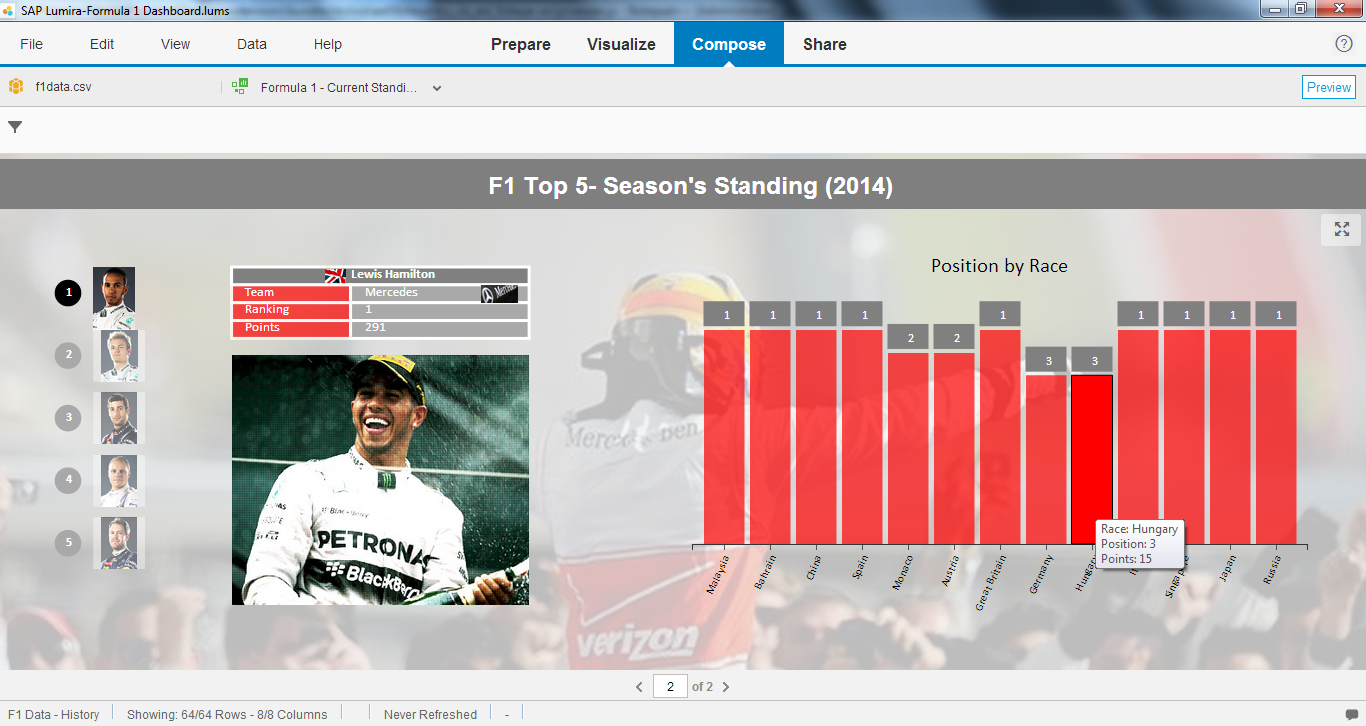 On the left of storyboard, Top 5 drivers are shown based on their total points for the season 2014. User can select the driver and his performance is shown in the storyboard.

In the middle, table shows name of the driver and his national flag, his team and its logo, his overall ranking (based on earned points) and total points.

Right side bar chart shows selected driver’s performance for the races he took part in 2014. 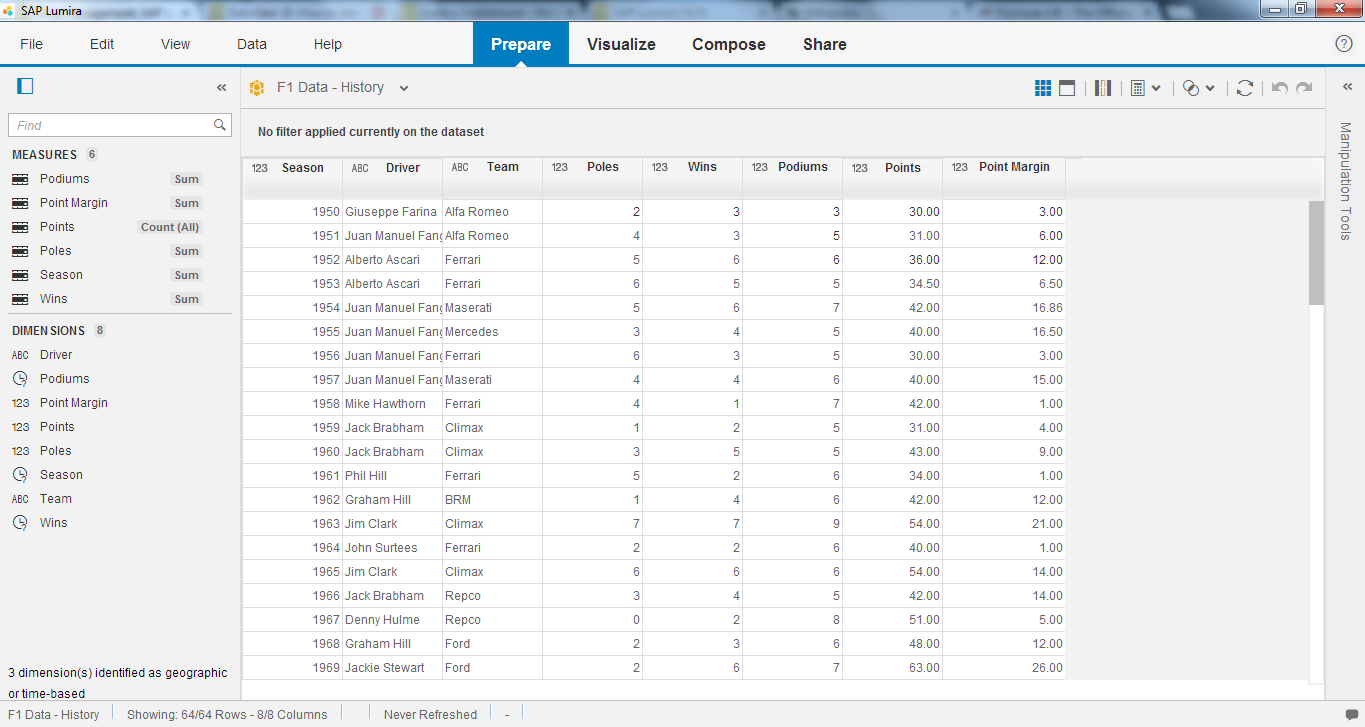 These storyboards show driver’s and team’s performance over period of time. 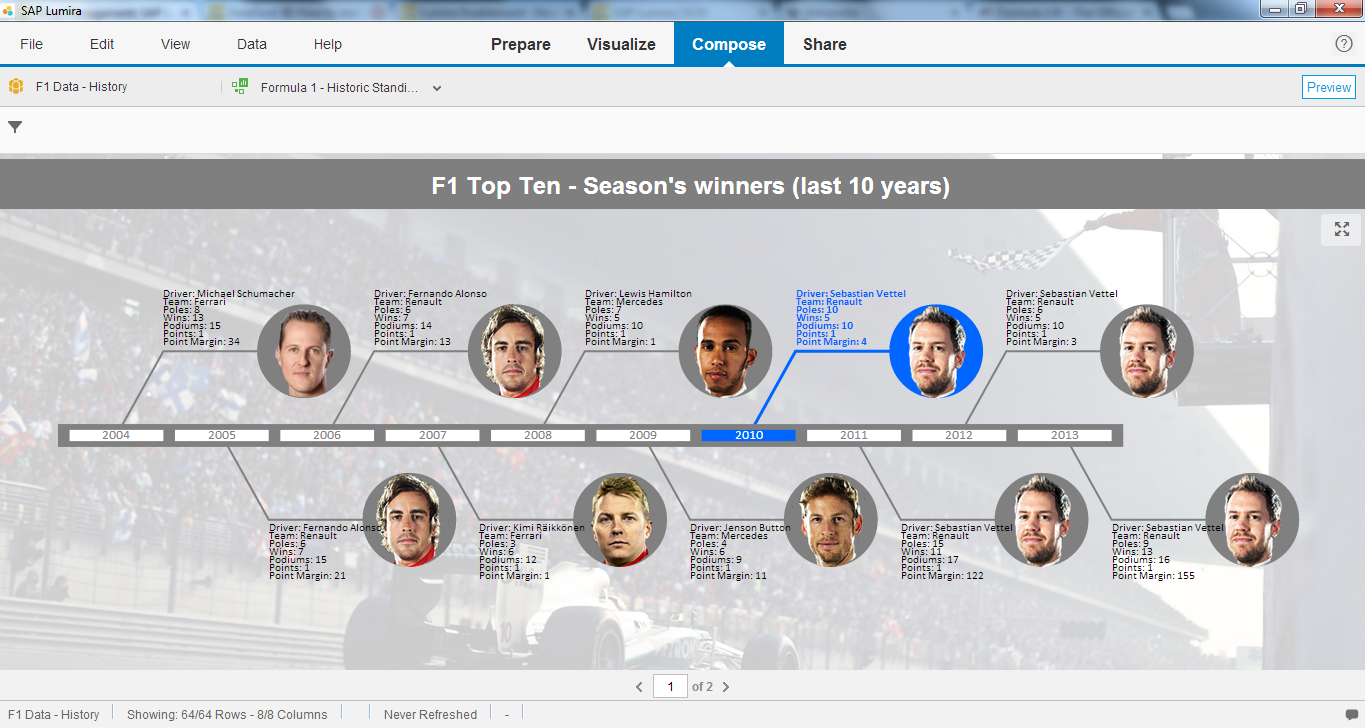 Second storyboard is “Team’s season wins by year”, which shows winning by teams since beginning of Formula 1 championship. Team names and their total number of wins are presented in a bar chart. On clicking “+” sign, a tree structure with years and driver names is displayed. 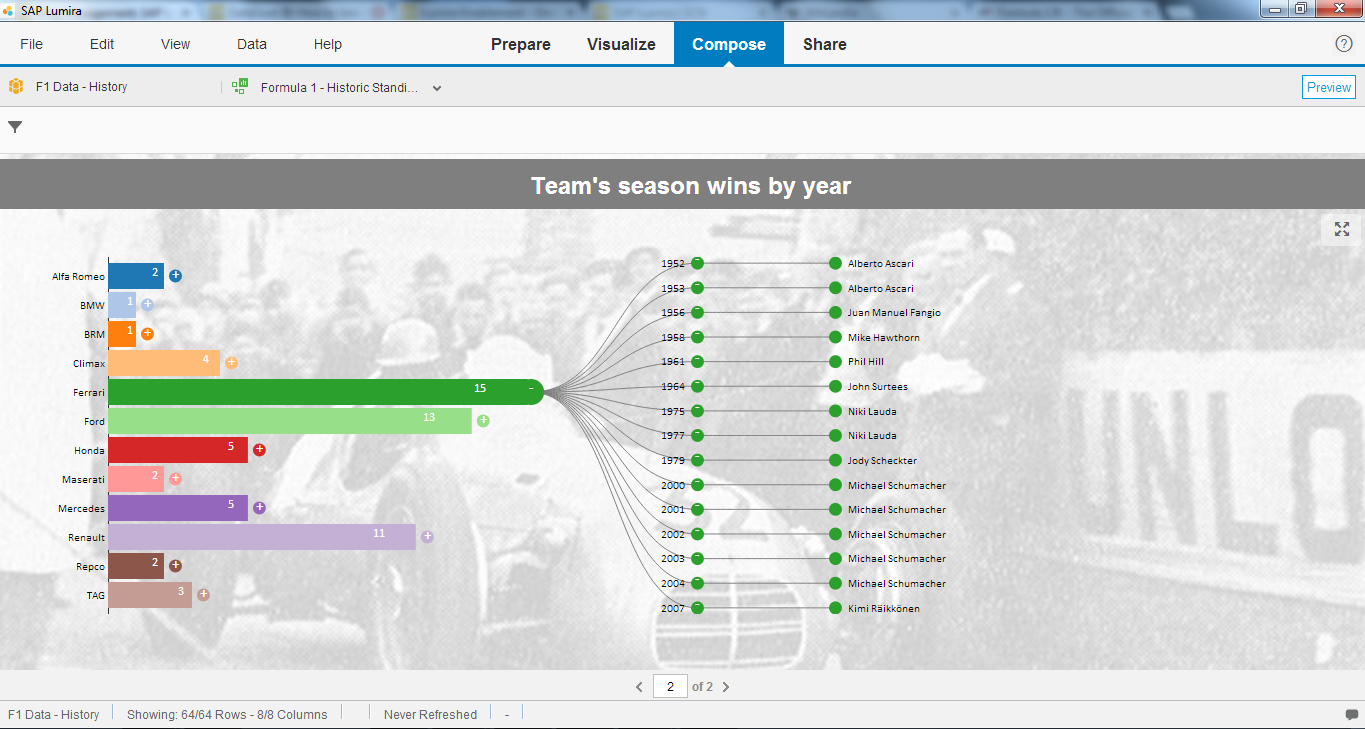 To sum it all, all of these stories contain lots of animation which cannot be presented by images. I recommend you to watch below video to see these storyboards in action.

My main objective was to show power of Lumira. Its a next generation BI tool which can help organizations to create amazing dashboards.

Thanks for reading this blog, hope you enjoy it.

There was another extension which I wanted to share but couldnt do it earlier. Finally managed to complete it.

This is my effort to simulate a F1 race with cars moving on selected track. To keep it simple I have only taken first 3 cars and try to simulate their movements on track in a single lap. 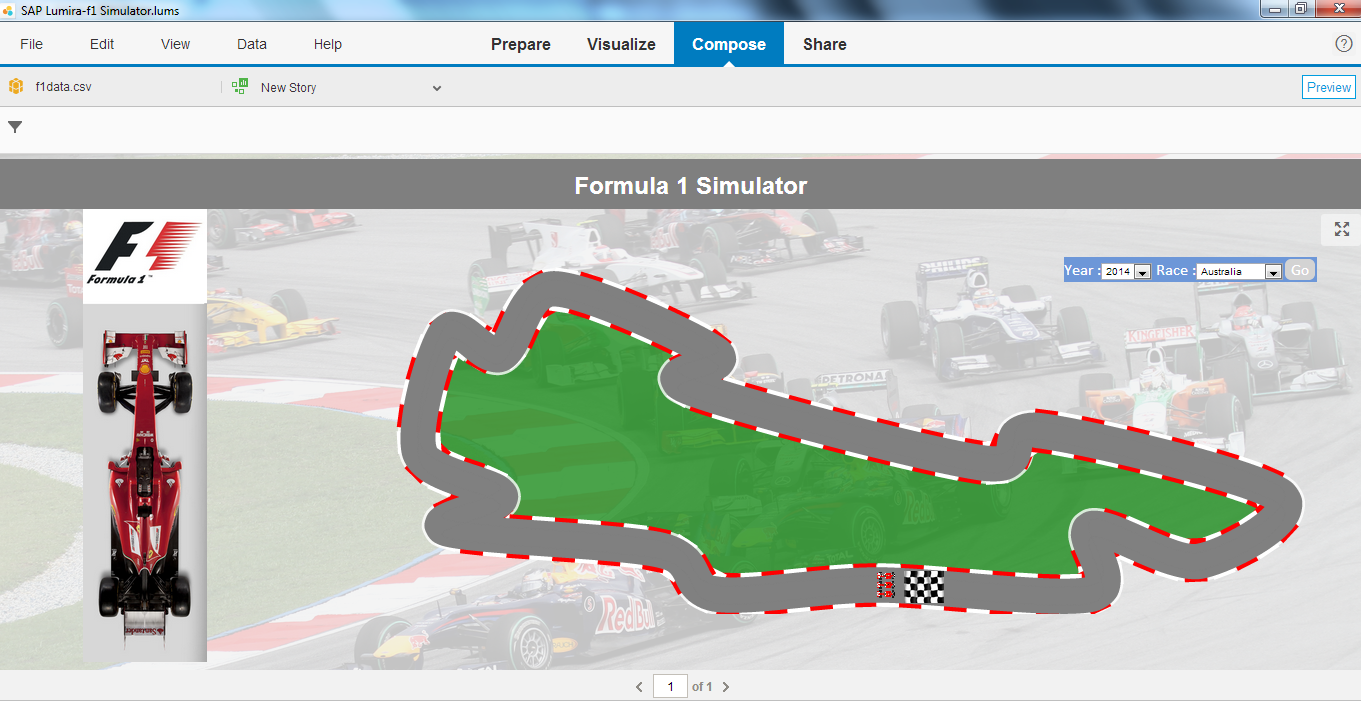 Once year and race is selected and button”Go” is pressed, cars start moving on the track. With their speeds proportional to the time taken by the drivers to complete the race. 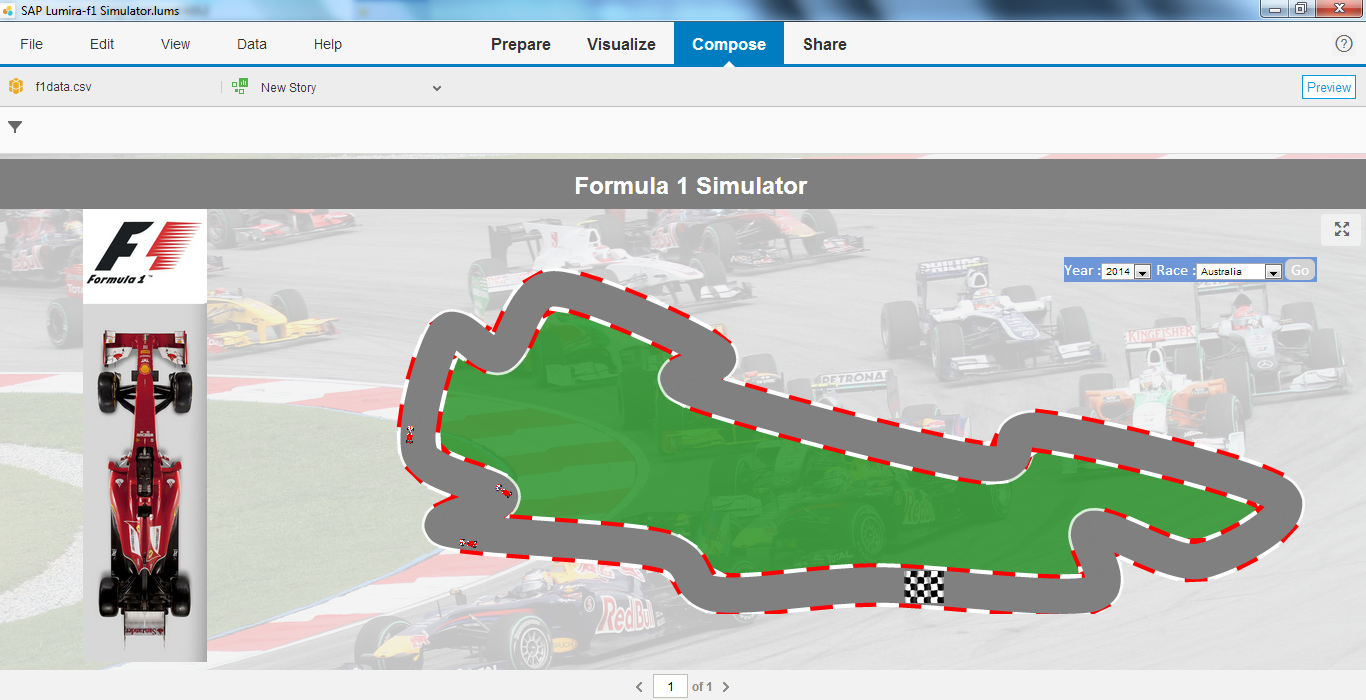 At the end of the race, results are shown in a podium like fashion. 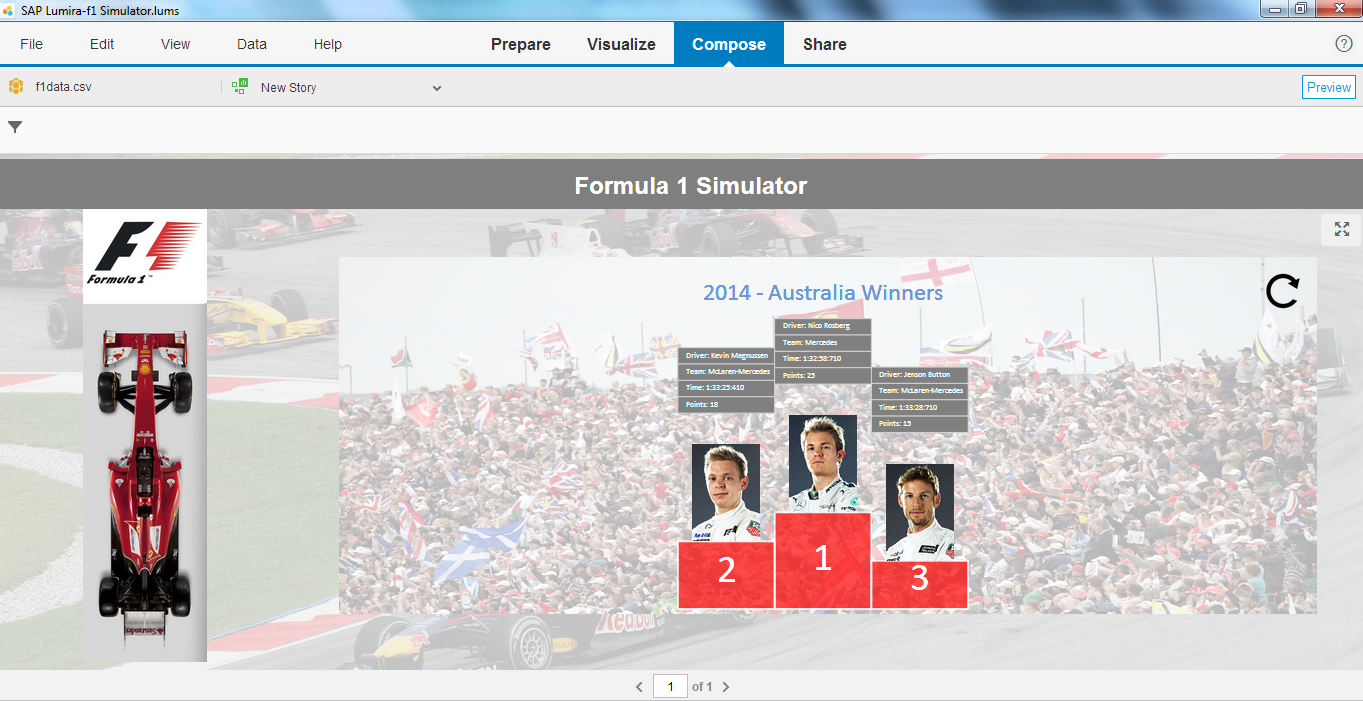 to go back to main screen. and select another race to simulate. 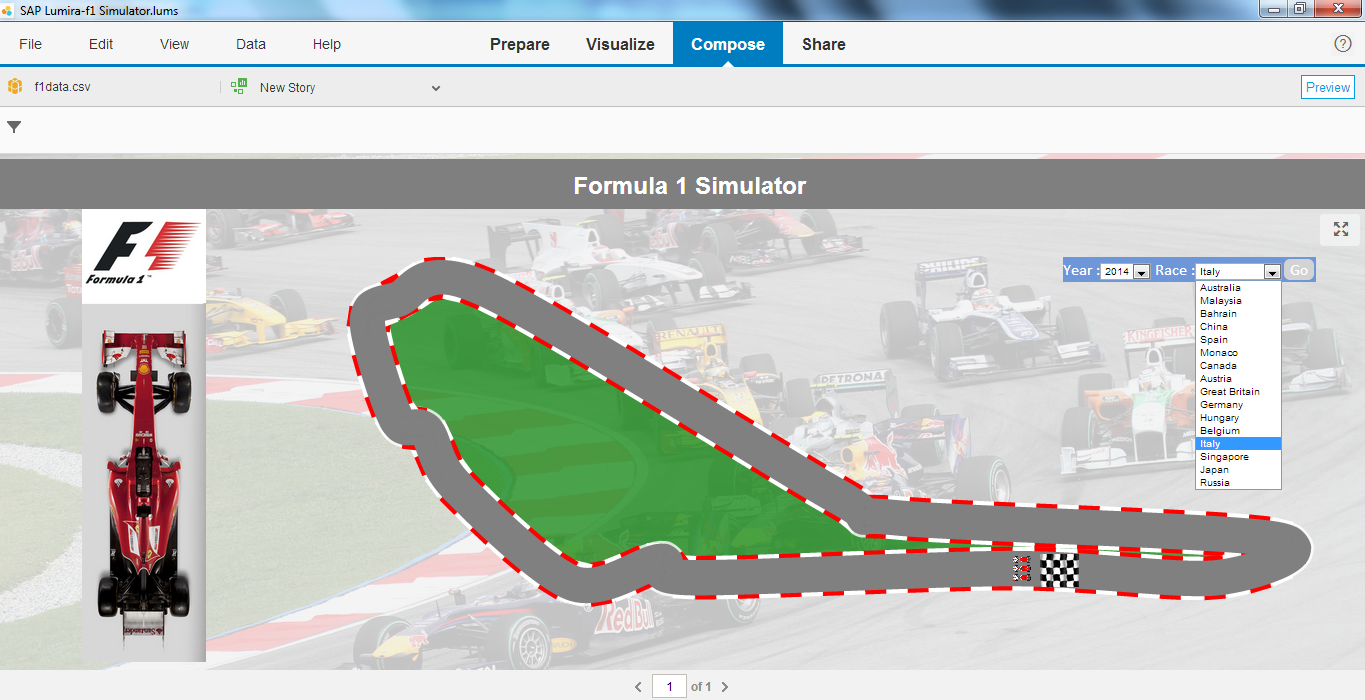 You can see it in action in following video.

Thanks again for reading this blog, hope you enjoy this part as well. 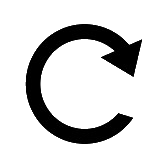 Thanks a lot Oliver!

Well done this looks great, certainly things in there I haven't seen before.

I guess some of these stories are using custom written visualisation components, is this a correct assumption?.

You are right, in fact all visualizations are custom written.

Amazing. How did you build in some of these animations?

This is simply awesome. Great job.

This is a wonderful Lumira report - like it very much. Well done Amit 🙂

Fantastic stuff Amit! The animation is indeed cool and I particularly like your use of the collapsible tree.

Our engineers will get a kick out of seeing what you’ve done here.

Love your passion for Lumira!

If you're interested in sharing your source files with the Lumira community and having others riff on it we've started a Lumira GitHub repository and I can put you in touch with the person that can help you get it there.

Yes - would be great - if Amit can share it to the Community.

Great idea. This will help many Lumira Fans 🙂

So fantastic visualization extensions, Amit! I really like the flyout tree from bar in the second storyboard. Thanks for sharing us the amazing dashboard.

Really amazing, Column chart with Scaling gaze, and Train like Driver Information and Bar chart and emerging  Tree chart from bar chart its amazing. And good stuff on F1.

I became hooked to my discovery/story instead of paying attention to show functionalities of Lumira. You prepared much better story.

Thanks so much for your great example

Just one question for the drop list for selection and Go button, this is also coming from SDK?

Unfortunately its not part of the SDK yet, i used jquery to add these controls to extension.

Thanks for your reply

I really like the layout you design for your storyboard

But could I say most of them is using extenstion instead of SAP Lumira defaut function?

Yes, you could say that at the moment its not Lumira default function and had to be custom developed.

Thanks for your reply on this

Would you kindly let me know from your side, whether this kind of trend will be kept or we 'd better use custom developed way

BTW, how long it takes for you to develop this kind of report and whether this could be created as a template

Hopefully, these features would be available in Lumira in upcoming releases. but for the immediate needs it can be custom developed. It may be a good idea to develop it in a way that it can be replaced with Lumira standard features later.

Yes, with some extra efforts it can be made as a template. It can be developed in a separate .js file and referenced/added in render.js in vizpacker. That would make it moduler and easy to replace with standard Lumira controls when its available.

This is good feedback guys. Richer input controls to all Compose room assets is on the roadmap.

Hi Amit- Can you please email or direct message me?

Its really a great stuff.

This is really awesome

Great work Amit. Keep it up!!!

Hi Amit, Just recently realized that SAP Lumira helps Business in knowing unknowns in their data and some times unknown knowns. However its a great and commendable work !!!!! Regards, Venu.K TCS

Thats really great, you make the team here proud of their work by your work.

Thanks for sharing Amit. May I have your contact mail ID please. I need some information on Lumira's limitation.