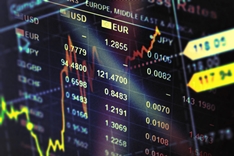 Watching the autumn sun struggling to break through the fog on Beacon Hill in Boston last Wednesday, I couldn’t help but see it as a metaphor for the global economic outlook experts from Oxford Economics presented that morning. The meeting for policymakers was held, fittingly enough, at the Union Club, a quintessential Boston locale in the shadow of the Massachusetts State House. It was hosted by Gregory Daco, the firm’s Lead U.S. Economist and Kathy Bostjancic, Director of U.S. Macro Investor Services at Oxford Economics. Their news included a few bright spots of “cautious optimism” for some regions and countries.

United States: Oxford Economics expects the U.S. economy to do well next year with about three percent growth driven in part, by manufacturing momentum and rising employment, some of which is reaching decade highs. Consumer sentiment is on the rise, backed by strengthening retail sales and payrolls along with the beginnings of firmer wage growth. As gas prices keep declining, U.S. consumers could have something more to celebrate this holiday season and into next year.

Eurozone: Prospects for Europe aren’t quite as upbeat with concerns about further crises, such as a full-scale conflict involving Russia and the Ukraine that could trigger a recession. Barring major problems, Oxford Economics predicts growth of a little over one percent in 2015. Already, employment numbers in the second quarter of 2014 were the strongest in the past six years, and retail sales were up as well.

China: Oxford Economics is seeing slowdowns across the Chinese economy, and predicts a growth rate of about 6.7 percent for 2015. Declining home prices, real estate over-capacity and massive outstanding debt levels are just a few of the indicators pointing to a gradual deceleration of the country’s economy.

India: Oxford Economics sees India as the strongest of the BRIC countries (at least through 2015). Good growth numbers of 5.6 percent are expected, driven by the election of a pro-business government.

I caught up with Daco following the session, and here’s how he described the situation businesses face.

“It’s not that pessimistic a picture. The global economy is accelerating, there are strong fundamentals in the U.S., and in the Europe we’re seeing a gradual acceleration of growth too. It’s generally a good environment for businesses with gradual sales increases that will generate higher profits, especially if you’re in the United States. For organizations more exposed to the European markets, some pressure may build on their U.S. earnings.”

Perhaps most optimistically, Daco sees an environment more conducive to business investments in technology innovations such as cloud computing which have the potential for strong returns. With global growth predicted to rise almost three percent in 2015, businesses and consumers may not be able to rest easy yet, but if enough engines rev up even modestly – innovation investment, consumer spending, retail sales, and wage increases ‒ it might just jump-start a virtuous cycle of renewed growth.