Mobility becoming a ‘must’

Mobility is becoming ubiquitous and that has major
implications not just for device makers and mobile operators, but for the
relationship between all companies and their customers, employees and partners.

The numbers around mobile handsets – particularly
smartphones – have always been big, really big, and the latest figures from
Ericsson are no exception. In its latest annual Mobility Report published this
week, the Swedish telecoms equipment manufacturer estimates that there are now 7.1bn
active mobile phone users today and that about 2.7bn of those are smartphones. 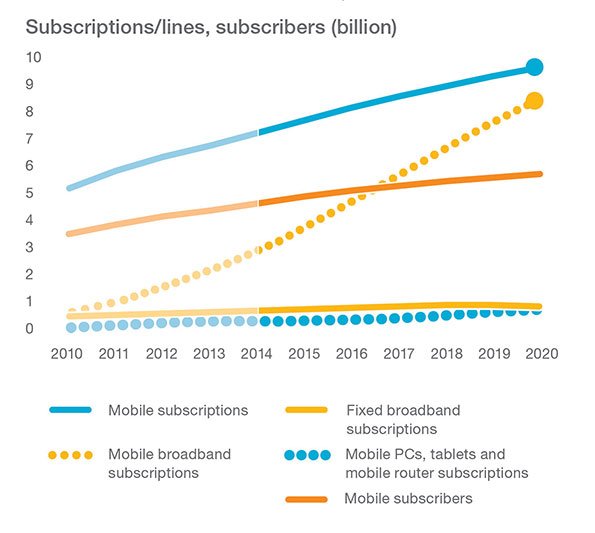 By 2020, Ericsson forecasts that 90 per cent of the world’s
population will own a handset and that many people will be carrying more than
one mobile device. Smartphone penetration in many countries including those in
Europe and North America, is already over 100 per cent. 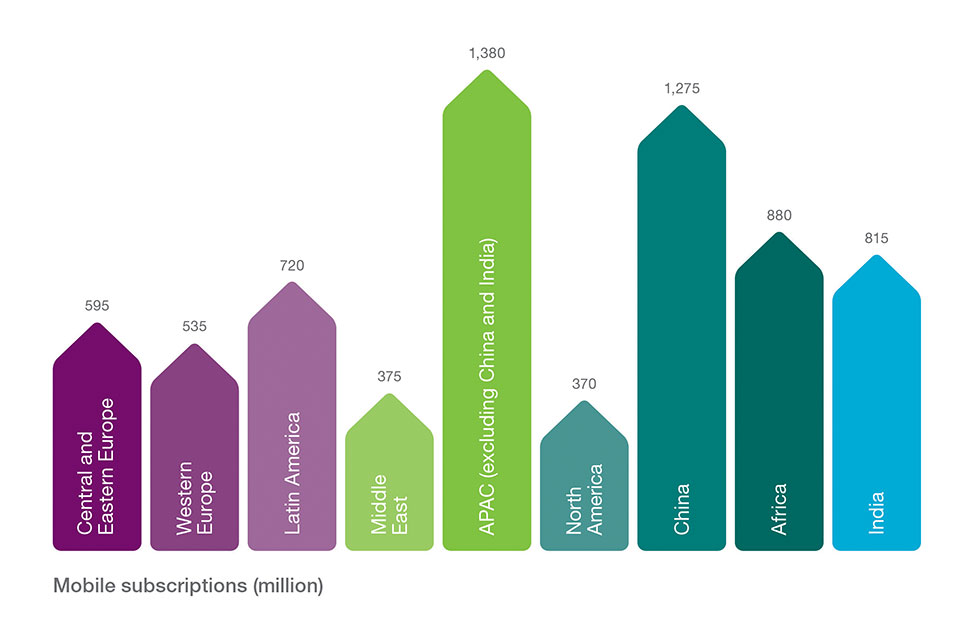 Increasingly in  these and other countries, smartphones, tablets and other wireless network connected devices  have become users’ primary computing platform validating the ‘mobile first’ strategies of most leading corporations and the
urgent need to scale mobile services quickly and efficiently through the cloud.

Ericsson’s research, which is based on anonymized data
collected from the networks it manages on behalf of telcos, also highlights the
growth in global smartphone traffic s driven by a 130 per cent increase the
number of smartphone subscriptions on the one hand, and by growing individual
data consumption on the other hand.

Today, on average, smartphone users are consuming 900 megabytes
of data each month. By 2020 that number will top 3.5GB per month led by
the rise in popularity of video and other media streaming.   Tablets and mobile PCs whose  larger screens are more conducive to watching  video services such as YouTube and Netflix,
have already passing the gigabyte mark, using  up on average 1.9GB and 4.3GB each month
respectively. 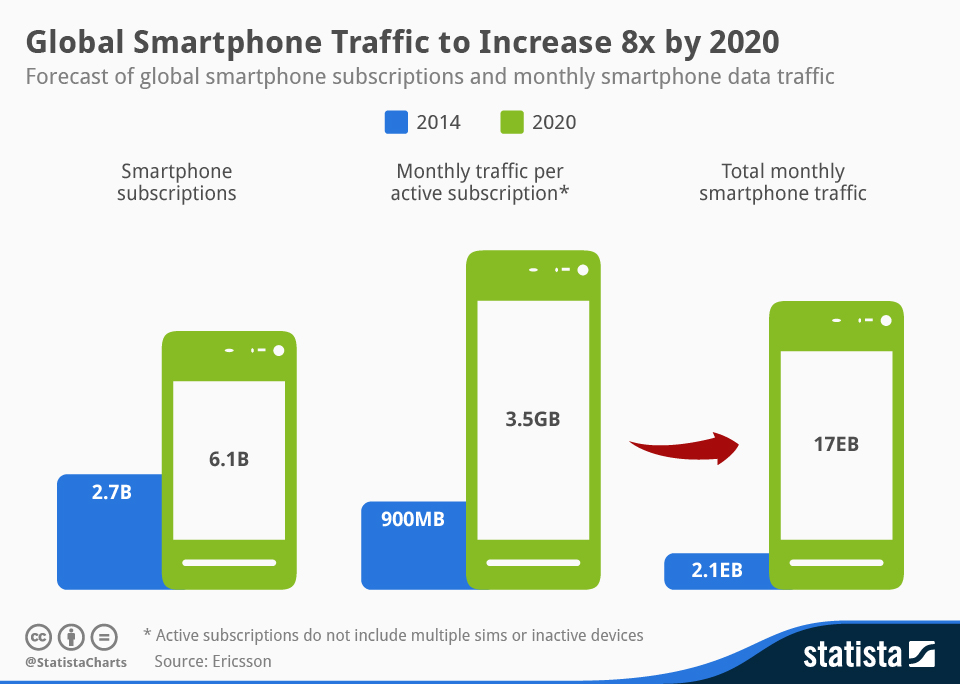 Overall Global smartphone data traffic is expected to grow
from 2.1 exabytes per month this year to around 17 exabytes in 2020 putting
additional stress on networks where capacity is constrained by bandwidth
scarcity.

Smartphone users in highly developed markets such as North
America and Western Europe typically use more data, in part because faster
networks enable them to carry out more traffic-intensive activities such as
watching video.

As machines and other devices become networked as part of
the Internet of Things trend, the volume of M2M (machine to machine) wireless
connections will also surge. 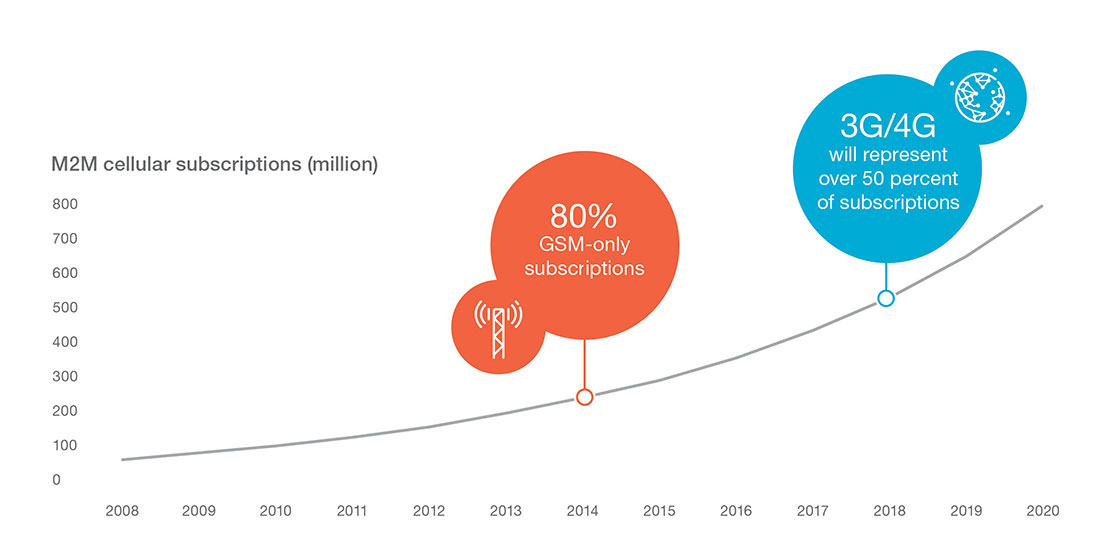 On a regional basis, subscriber growth in many developed
markets has slowed due to saturation and markets like Africa which have lower
penetration rates have become the fastest growing. This year, Africa  will add 26m subscribers for mobile services —
the highest of any region, with APAC, excluding China and India, second at 22m. 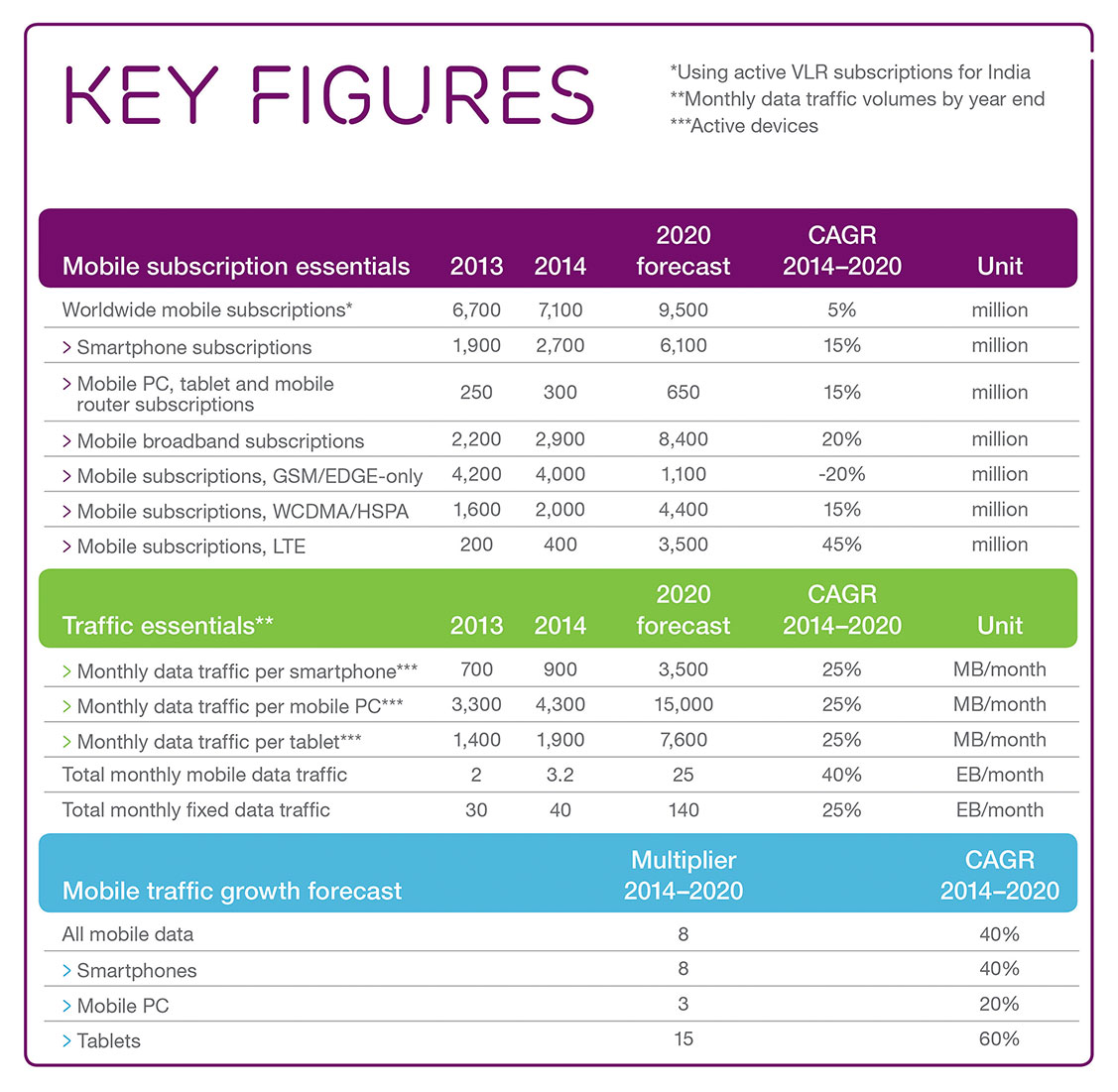