In one of our previous posts, we showed you how to extract process log information from Process Observer in the MXML format as well as how to then import and analyze it with ProM. While ProM is a free open source tool, which requires a certain level of expertise to be able to use it, we alternatively used Fluxico’s Disco. Fluxicon is a spin-off of the University of Eindhoven (which developed ProM) and their product Disco is a professional variant of the process mining tool, being more user-friendly and so more suitable for day-by-day use in business.

The good thing about using Disco is that it can use and import the Process Observer data extraction in the MXML format that we generated for the ProM case. So all you need to do is to install notes 1832016 and 2011730– as described in the previous article, and run the extraction report. Disco can then import the generated file imported. Click ‘Open file’ to import the exported MXML file from the local PC: 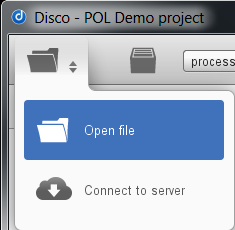 The scenario being discussed is a “mobile loan” scenario. It allows customers to buy goods in retail stores and to pay with a loan. Process Object Builder calls the services needed for executing this process. The process is executed in phases:

A positive creation and execution ends with a confirmation, problems during execution result in a failed state. Inconsistent data (such as a limit issue) may lead to an error. If the decision is to cancel the process, compensation might be needed before it ends in a cancelled state.

After the import, Disco shows the process flow including the error situations: 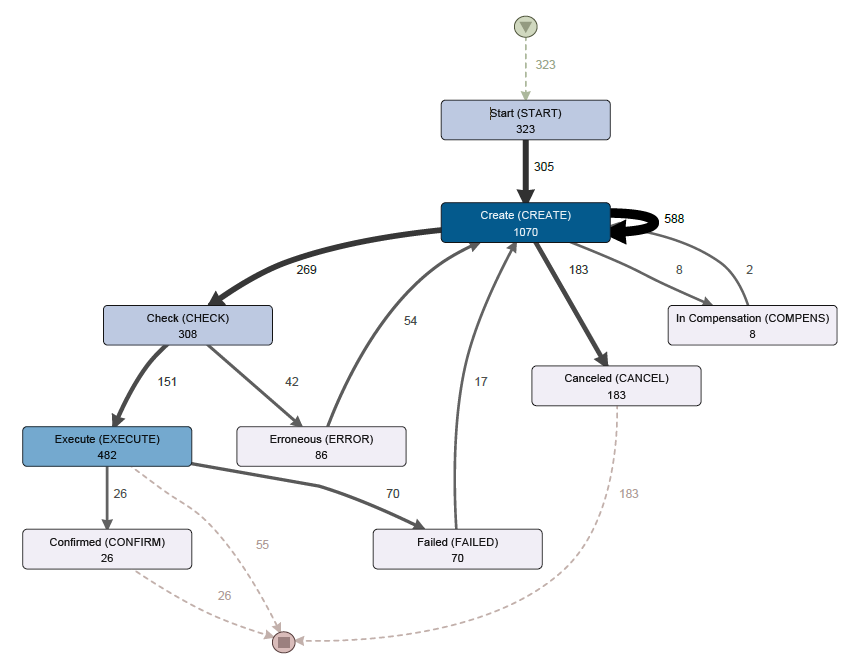 In addition to the absolute frequency of the steps and paths, the tool shows the performance of the execution, highlighting execution bottlenecks. For example, in the following illustration, a more detailed process map is shown with the cumulative times between the state changes for all cases (visual mark-up and leading metric) and the average times between them (in a smaller font).

Filtering allows you to set the focus to certain process variants, or processes, in which certain steps occur (for example only processes with errors) and finally to drill down to the level of single cases for further analysis: 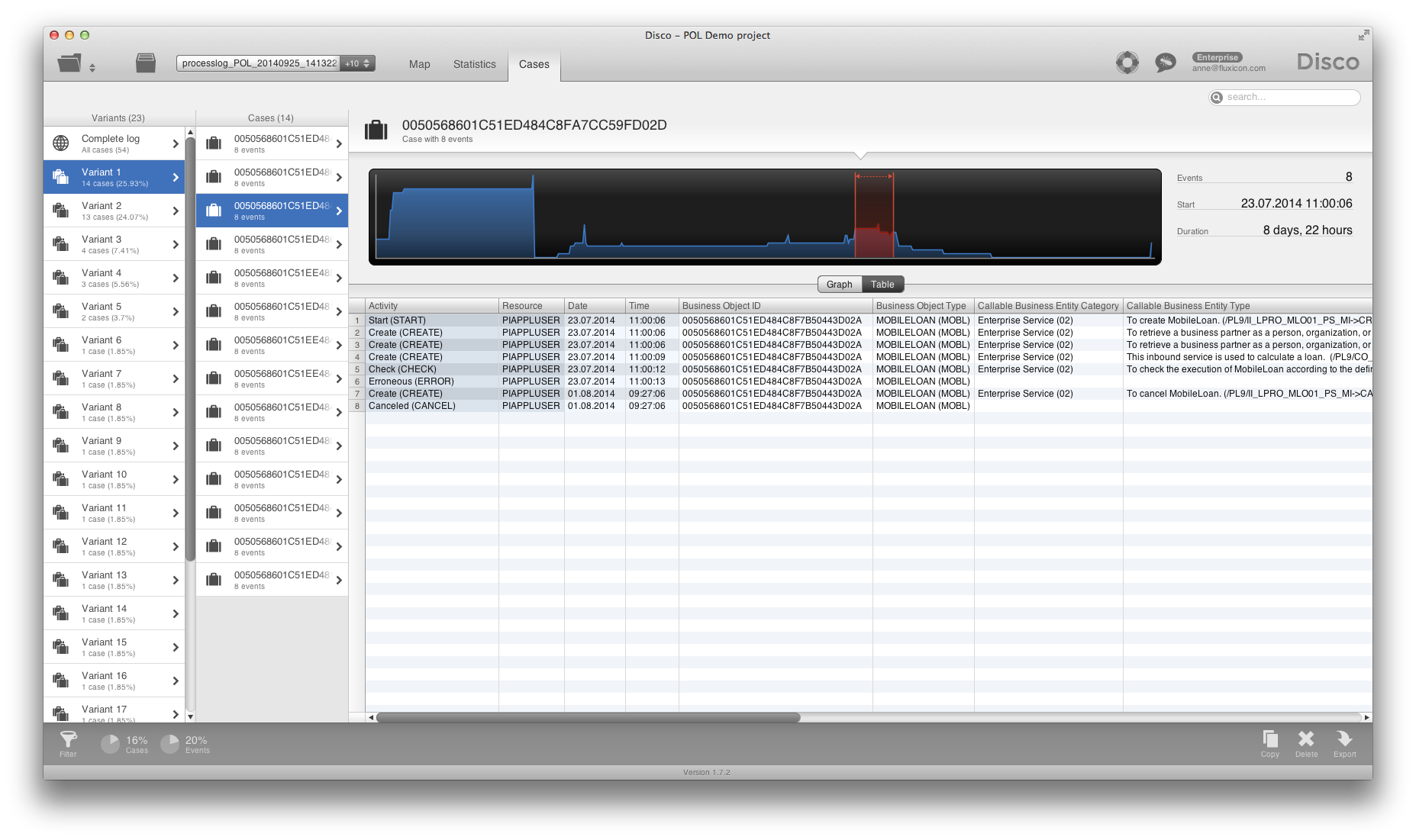 To evaluate the process further on the service call level, we have created a specific extraction report, exposing the “callable business entities” logged in Process Observer as steps. The resulting data allows for the analysis of the process data on a deeper level, for example, allowing you to evaluate the performance of processes with errors: 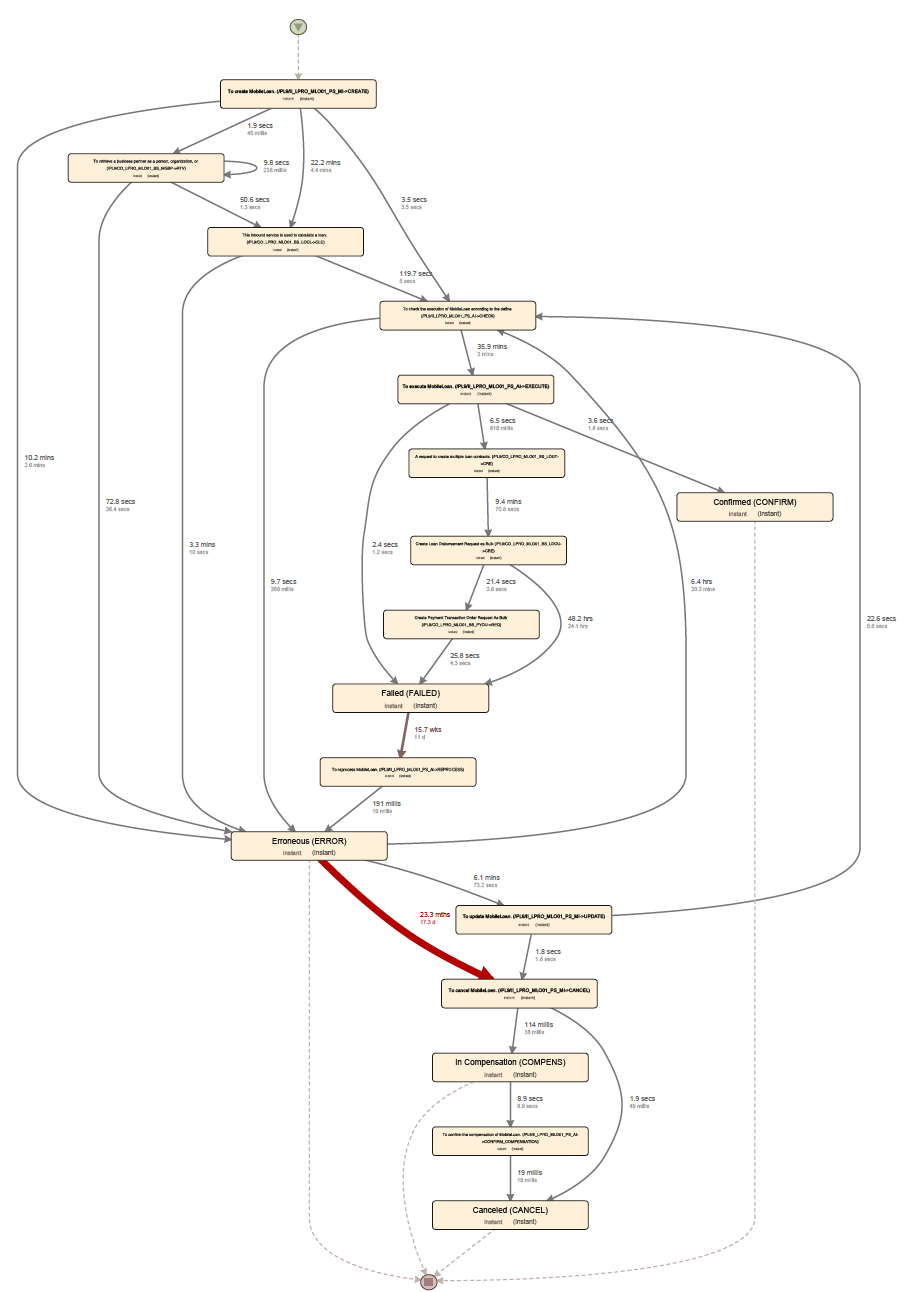 For us, it was surprising to see how easily we could evaluate our process data. While we did this all on test data in our own systems, we are now in the phase of evaluating this approach with a real customer.

Try evaluating your own scenario with Process Observer and Disco. You may download a demo version of Disco from the Fluxicon website: http://fluxicon.com/disco/ and request an extended evaluation license (to import larger files) from anne@fluxicon.com. A Disco project file (containing the different views from this article) that can be imported with the demo version can be downloaded here.

Stay tuned for more Process Observer use cases!
Bernd
Alerting is not available for unauthorized users