I opened Analysis for PowerPoint, selected insert BEx Query (from my ERP system) as shown below: 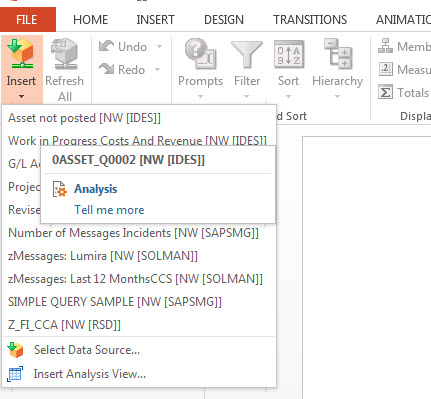 Here is the same prompt screen below:

Here are the results of the ERP BEx query inside PowerPoint:

So I would do this only for small amounts of data in your ERP result set.

Here is a video showing the same thing: