I accepted the DataGeek III Challenge : Thrones of Data and got a chance to explore features and capabilities of SAP Lumira.

I have chosen “House of Spirits” category for my DataViz story.

My story is all about result of the Indian general election 2014 and analysis of performance of individual political parties and alliance.

It was the longest election in country’s history and largest ever election in the world in terms of vote turnout.

The NDA led by BJP (Bhartiya Janata Party) won a sweeping victory taking 336 seats out of 543. The UPA led by INC (indian National Congress) won total 60 seats only.It was the UPA’s worst defeat in general election which had ruled for last 10 years.

Behind the Scene: This analysis is composed in SAP Lumira 1.20.

Behind the Scene: Two different pie charts are used in a report.

Monthly opinion poll conducted by various polling organization which showed NDA to be front runner in the election. 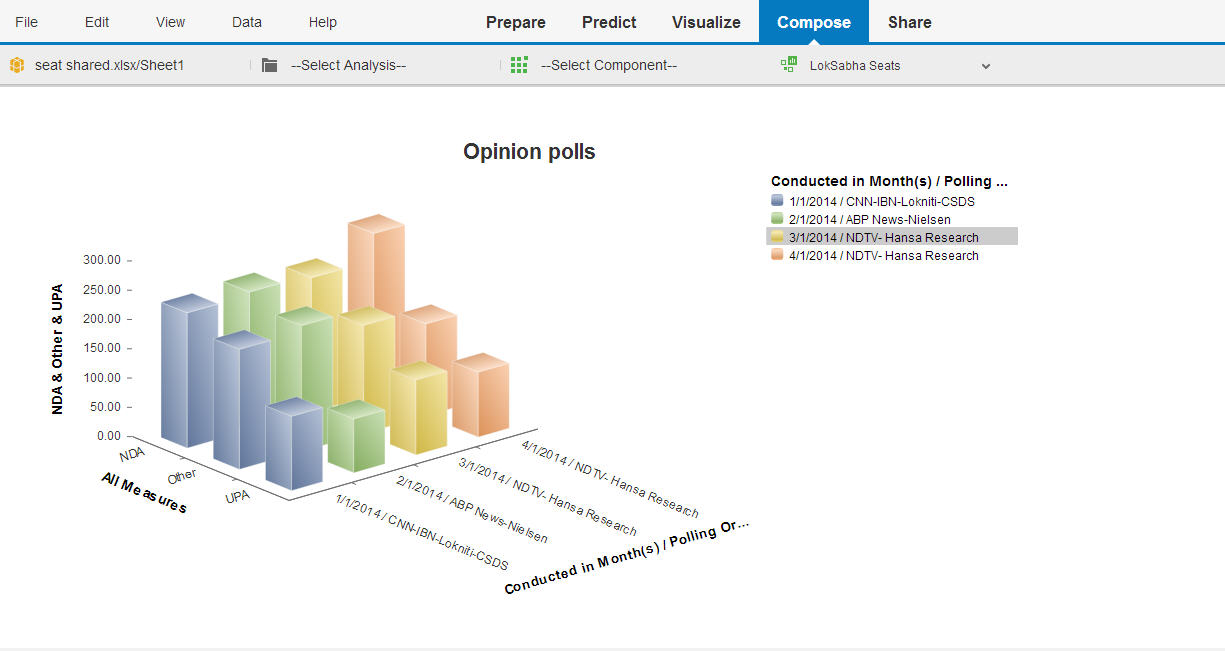 Behind the Scene: 3D Bar chart used in a report to show opinion poll analysis. 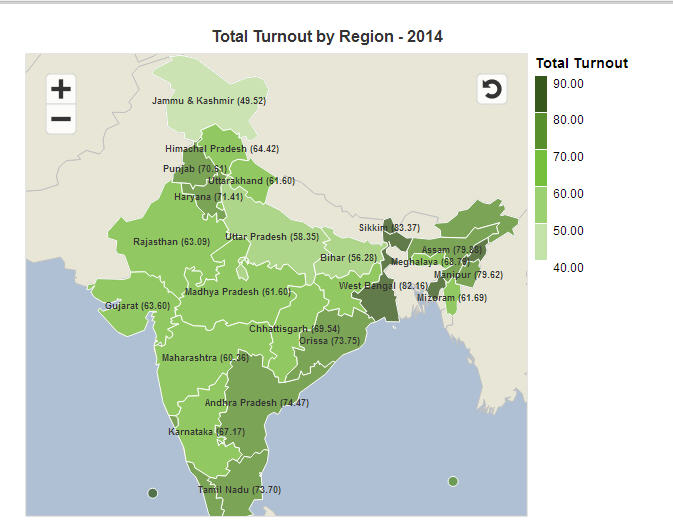 Top 10 total voters by region shows Uttar Pradesh is on top on the total voter list as number of seats is highest 80, but turnout is less than West Bengal. 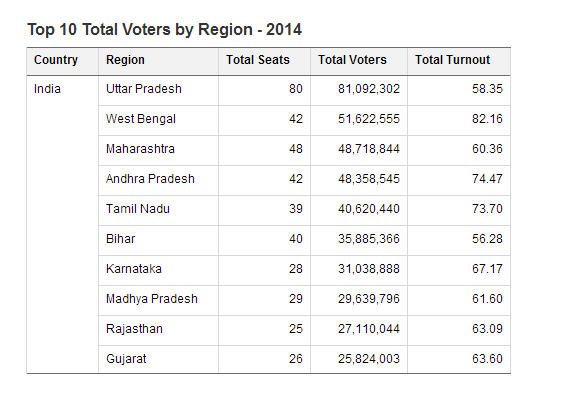 Behind the Scene: Map and Table is used in a report.

Relationship of Alliance and parties are shown below 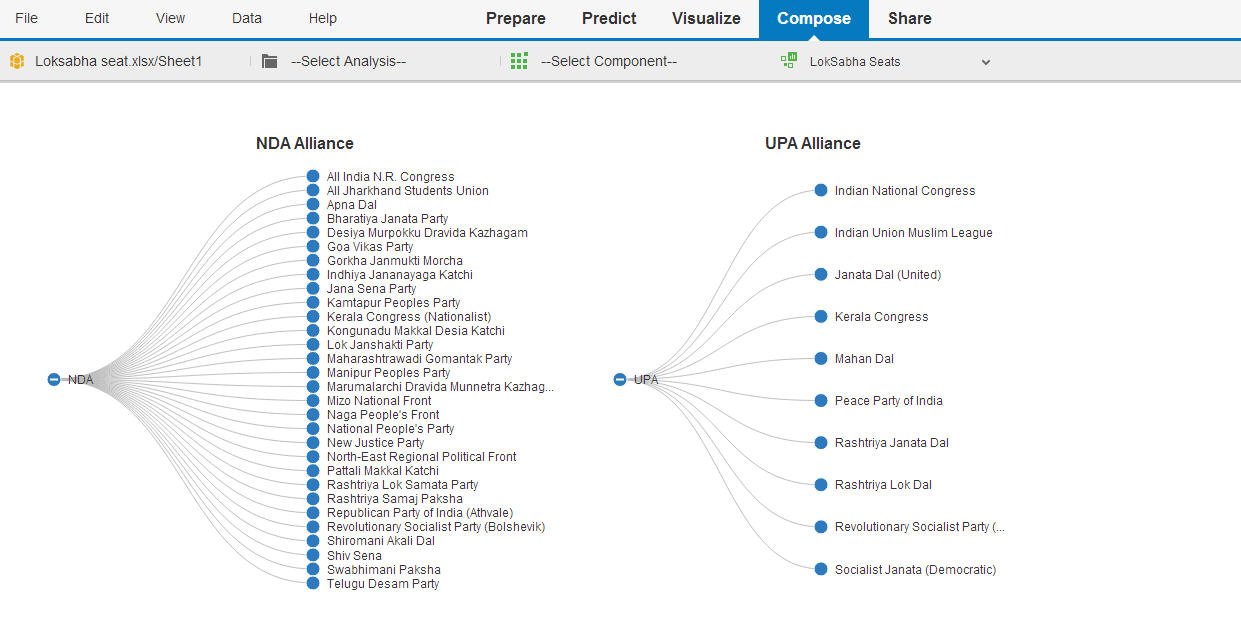 created a fancy report to show male and female voter % in Indian general election from 1971 to 2004, which clearly shows male voter % is always greater than female as well as total voter % 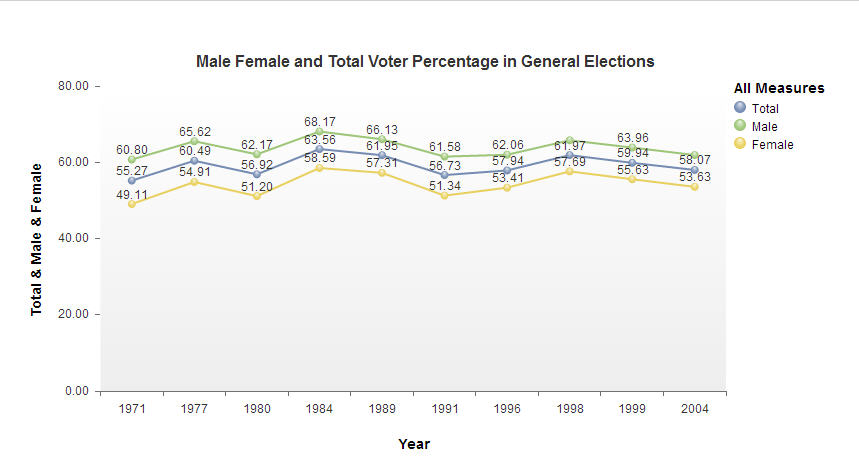 Behind the Scene: Two column charts selected in an Infographic and column type replaced with pictogram.

Thanks to SAP Lumira team for providing these kind of features in application. I like it very much.

Concluding my Data viz story, hope you will like it.

Thanks to SAP DATAGEEK team and SAP Lumira team.

All the best to all participants 🙂

Nice work, till I was not much aware Lumira capabilities but you presented very well.