Experiences with Development of Fiori-like Apps, SAP UI5 and some Best Practices

In  my SAP TechED&&d-code wrap up  I explained why I believe that SAP UI5 will become SAP’s most important UI technology. But where are we right now? What are the challenges when you develop and implement Fiori-like applications?

Starting with ABAP on HANA

I blogged about my first experiences with SAPUI5 in 2012 in the context ABAP on HANA: http://scn.sap.com/community/abap/hana/blog/2012/11/02/analytical-abap-for-hana-applications-characteristics-unique-selling-points-and-first-programming-idioms At this time my JavaScript know how was quite limited. 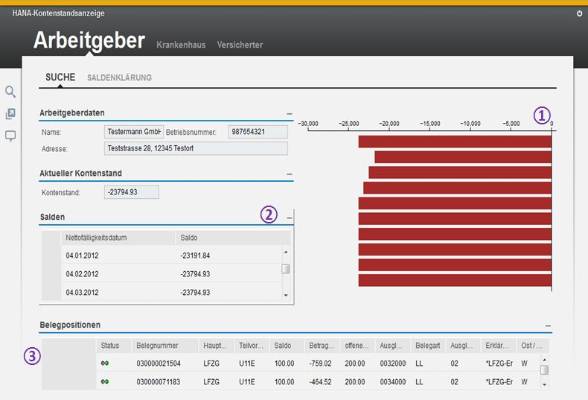 In above picture you can see an UI5 application created in 2012 having a shell in gold reflection design – at this time there was no Fiori and no Blue Crystal theme.   In the mean time many things have changed: SAP developed now controls together with design guidelines and principles that define Fiori apps. Now UI5 is evolving from a technology for occasional platform users (and this is the meaning of the acronym “opu” in SAP Gateway context) to a general purpose UI technology.

After I started with UI5 very early I put my focus on other UI technologies due to the shortcomings of early UI5 versions but since some months I started to work with UI5 again. In the following I will discuss some aspects of UI technology strategy, UI development and implementation.

Which is the right technology for my development project?

I think the answer which UI technology to choose is very simple:

Fiori apps are responsive, they have a fluid design and you can use them on any device – really? I think this is more complicated. For certain purposes the UI must be complex even when simplifying the process and chaining Fiori apps for example. These are my tips and “tricks”:

One of the greatest advantages of the UI5 world is that you can use existing JavaScript libraries like d3.js, Crossfilter or DC. Do you need inspiration? Just look at amazing visualizations like the one here: http://www.nytimes.com/interactive/2012/02/13/us/politics/2013-budget-proposal-graphic.html?_r=0

But be warned and don’t expect that it will be so easy like in the SAP world: some of the frameworks don’t have a proper internationalization so you can get problems since they some of them won’t display date information not in your language and so on. And please be warned to use any code snippets for find on the web: I saw Fiori apps crashing in the Fiori Launchpad since they use global variables. Don’t forget that the Fiori Launchpad is a JavaScript application, too.

Fiori-like applications are easy to build and you will find many valuable sources here in SCN – just follow the blog og DJ Adams. I think development of Fiori-like apps is not that complicated since it is well supported by SAP UI5 resp. Open UI5 library. Please remark that Fiori apps have to be certified when you want to call them “Fiori” – otherwise they are only “Fiori-like”.

Don’t underestimate the effort of implementation the Fiori Launchpad and Portal integration. Fiori Launchpad is an application in the ABAP backend and most likely you will need a new ABAP system. This system will serve as a frontend server containing all UI5 applications and will be also a SAP Gateway hub. A web dispatcher (or reverse proxy) will help to deal with the same origin policy restriction. But this has an impact on your system landscape and please be prepared that you will have to update the UI libraries in the frontend server as well as gateway libraries on this server as well as on the backend frequently. So Fiori will add additional complexity to your systems landscape which is the price for simplification of UI as well as application development.

Moving from ABAP to the SAP UI5/SAP Gateway World

When discussing UI5 development with ABAP developers I often experience some misconceptions about the technology:

In my opinion above examples show that you can’t transfer all best practices know from the ABAP to the new UI technologies. ABAP developers need to achieve new skills and have to learn new paradigms. Especially the combination of stateful UI technologies like Web Dynpro with embedded UI5 is most promising since Web Sockets that are available in ABAP since Release 7.40.

This blog far from being complete since I didn’t write anything about SAP Web IDE which I’ll try out in the near future. This blog reflects my own experience as well as many discussions at SAP TEchEd&&d-code in Berlin and I thank DJ Adams, Robert Eijpe and Owen Pettiford as well as the UI5 team at SAP. In fact I don’t know whether they agree to everything I wrote in this blog entry but I’d like to hear their opinion.

I think the blog can be summarized in a few words: UI5 development is well understood and not so the difficult as you might think. Tools, frameworks and libraries are mature but one has to realize that some paradigms differ from traditional SAP UI technologies.