October is a big month for publishers with the Nobel Prize for Literature being awarded last month and the Frankfurt Book Fair taking place in October.

Interestingly, the Nobel Prize for Literature was less of a surprise to bookmakers Ladbrokes than the prize winner and his publisher. The Nobel Prize was awarded to Patrick Modiano, a French writer aged 69. Both Modiano and his publisher, Gallimard were totally taken by surprise by the Nobel Prize award coming close on the heels of a French-Mauritian writer, Le Clézio in 2008. The Nobel citation praised Modiano “for the art of memory with which he has evoked the most ungraspable human destinies and uncovered the life-world of the occupation”. Modiano  is reported as finding the award “bizarre” and his publisher, Antoine Gallimard, found it “unreal”.  Gallimard ordered an initial run of 100 000 hard copies of Modiano’s latest novel, (“Pour Que Tu Ne Te Perdes Pas Dans le Quartier”) published on October 2nd and has since revised this number upwards.  Learn more about Modiano here.

While Modiano and his publisher were seemingly blindsided, a non-literary source had Modiano on it’s longlist of potential winners. Ladbrokes, the betting firm traditionally associated with horse racing and football game results, was taking bets on potential winners for the Nobel Prize for Literature, reportedly collecting 63 000€, a modest sum compared to higher stakes for major sporting events.  By monitoring social sentiment and discussion forums, Ladbrokes constituted a list including the Kenyan poet Ngugi Wa Thiong’o, the Japanese novelist Haruki Murakami in joint leadership position followed by the Byelorussian journalist Svetlana Aleksijevitj, the Syrian poet Adonis, Patrick Modiano and the Albanian novelist Ismail Kadaré. 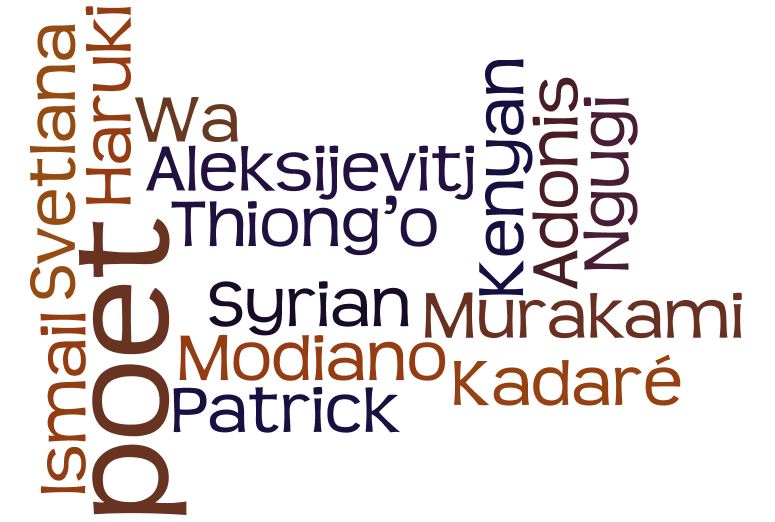 Ladbrokes has harnessed the power of social media analytics to assess the prevailing social media sentiment on potential winners. To analyze sentiment, unstructured data is collected from public social media and other text based sources.  In the past, the volumes of data would have been too great to filter, aggregate and analyze but today big data applications and in memory processing such as SAP HANA make it much easier to gain insights from large volumes of raw data and predict trends. Maybe publishers can learn from Ladbrokes’ social media intelligence initiatives for forward market intelligence.

Visit us on SAP.COM