Have you ever wished that when you were a kid you had learned how to maximize the value of money – aka saving it instead of letting it burn a hole in your pocket? With compound interest, there’s no telling how much you’d be sitting on by now!

However, the lure of everything from a Jaws T-shirt to KISS concert tickets to a new wardrobe for your Cabbage Patch Kids caused a bit of a shortfall in your piggy bank. 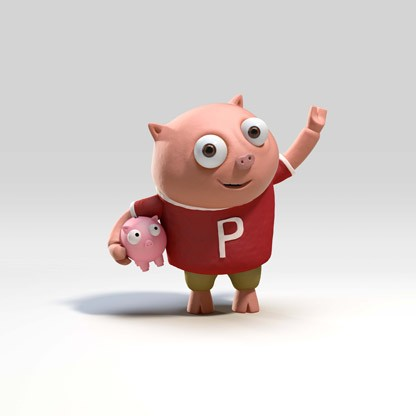 The good news is that you no longer need to fork over cash only to see it vanish into thin air. There are now proven tools available to help parents teach their child how to maximize the value of money and responsibly manage money.

Kids today are able to have an awesome time learning real-world money skills including how to set goals, budget, and learn from mistakes. Here are a few ideas for getting your child started:

Kids get a ton of guidance at an early age on things like breaking boards in karate class, but there’s precious little focus on money management. The fact is, there’s no way to expect a child to walk around quoting Ben Franklin unless you talk about and reinforce what, “a penny saved,” can actually mean in the future. In other words, if they’re out of diapers get them started on learning about managing money.

Children are bombarded with images designed to insure that the pursuit of material items continually remains their focus. However, many good-hearted kids are already involved with charities including participating in walks for special causes. Setting aside a percentage of their savings for a charity of their choice not only helps instill valuable life perspective, but it’s also an opportunity for them to learn that, although they don’t receive every dollar they earn, deductions for great causes can help offset the  effect of high taxes.

A break from the couch

Nothing prevents a sense of entitlement like having to do some good old fashioned chores around the house. What better way to motivate your child to learn to earn than by getting those pesky leaves finally picked up. Be sure to dock them for incomplete work or pay them time and a half when they make an extra effort. They will get a nice break from the couch – and jumping in piles of leaves is fun every time!

There are actually some great online tools to help kids manage money. One organization making it easier for parents and kids to make money management fun is the Royal Bank of Scotland via their “MoneySense For Schools” program.  It’s free, interactive, geared for students aged 7 and up, and was designed in consultation with teachers and financial planners.

With MoneySense children learn how to manage money, and engage in budgeting and lessons in financial responsibility. So far over 2.5 million children have gained greater financial skills by participating in an interactive game called “Pocket Money” with the aim of learning through play including the use of flashcards and white boarding. The site also won in the best-education category at the Good Web Guide Awards in 2014.

Boundless in their prescience, RBS is clearly committed to helping young people avoid financial obstacles in the future. However, in the not so distant past, the company experienced its own difficulties, including funding challenges. Conor Maher, Managing Director of Cash Management and Liquidity at RBS, said that in 2008 money markets locked them out at the worst possible time and a long term solution was needed.

Maher noted, “We recognized very early on that we hadn’t deployed a core banking platform before and it was very important to us that we leveraged SAP’s capability and knowledge. We didn’t look at SAP just as a technology vendor, but as a strategic business partner. As a result, our core banking solution from SAP is already transformational in terms of our deposit product capability.”

Speaking of deposits and investments in the future, RBS is proving that technology like MoneySense with its focus on young people can hold a solution – a different kind of solution built on the idea that sophisticated technology doesn’t have to be complicated technology – and investing in social capital is already resulting in a return far greater than can be measured in just dollars and cents.

nice article, great to see RBS is helping children learn about money and very nice that RBS is using SAP.

Looking back, something which really got me into the spirit and habit of saving from an early age was the NatWest Pigs.

I am surprised no banks are running such an incentive these days or have done since.

Thanks Andy! Yes I agree, especially given the situation with millennials..