In an Event as big as this it’s probably impossible to give an objective representation, so I’m just going to write about how it felt to me. It’s somehow different this year, but I can’t exactly put in in words yet. 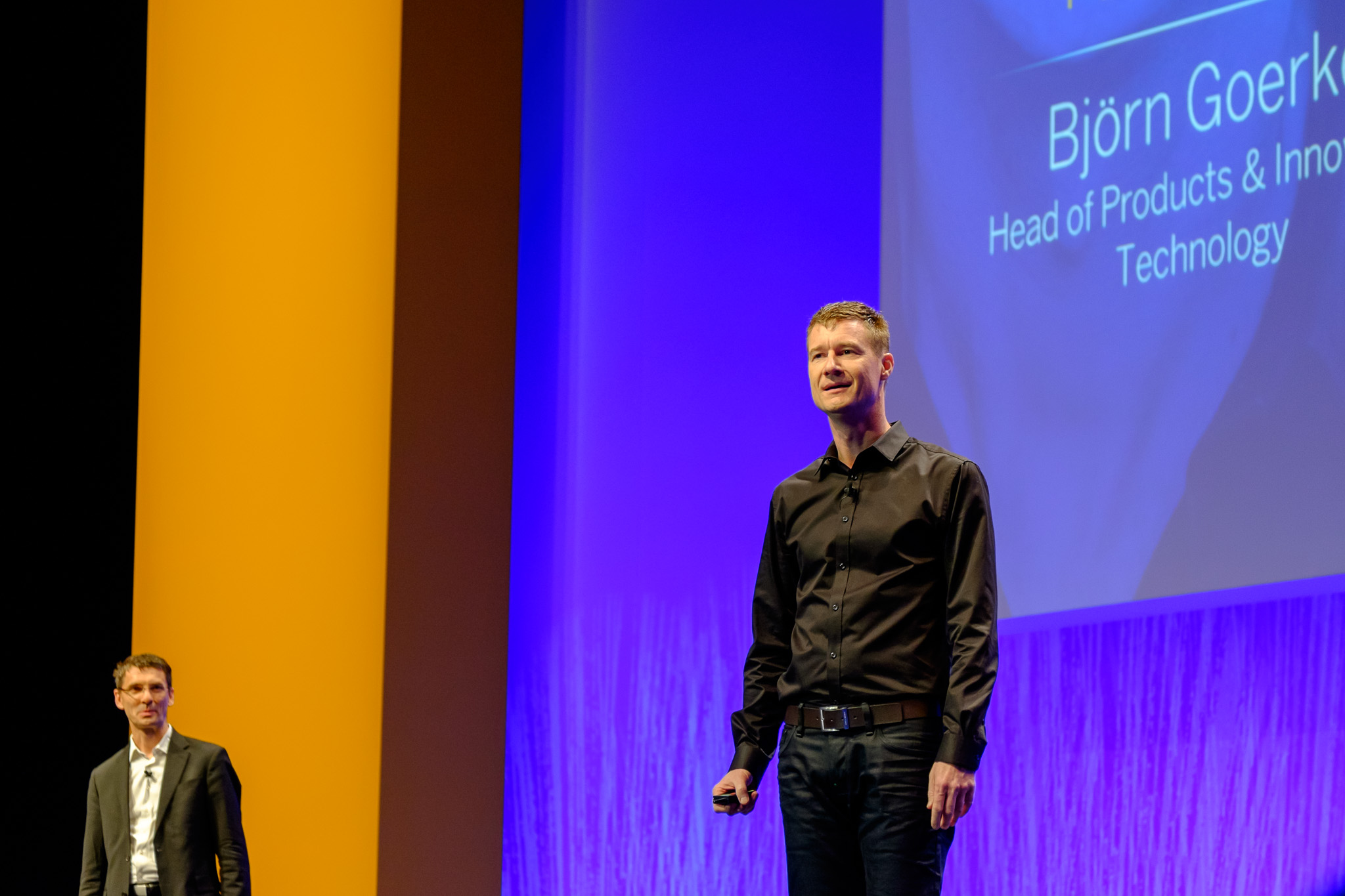 Bernd and Björn both seemed extremely energized during the keynote, and eager to get the news out, and there was quite a bunch of news. Björn’s message of “One experience, one truth, one platform” seemed to resonate well.

Björn then doing an end-to-end demo with live coding on stage did not fail to impress, either. The other things I took from the keynote:

After the keynote the usual flurry of Expert Networking Talks, Lectures and Strategy Talks started, spread across a very large area.

The Mini CodeJams seemed to be extremely popular, I rarely saw free seats there. 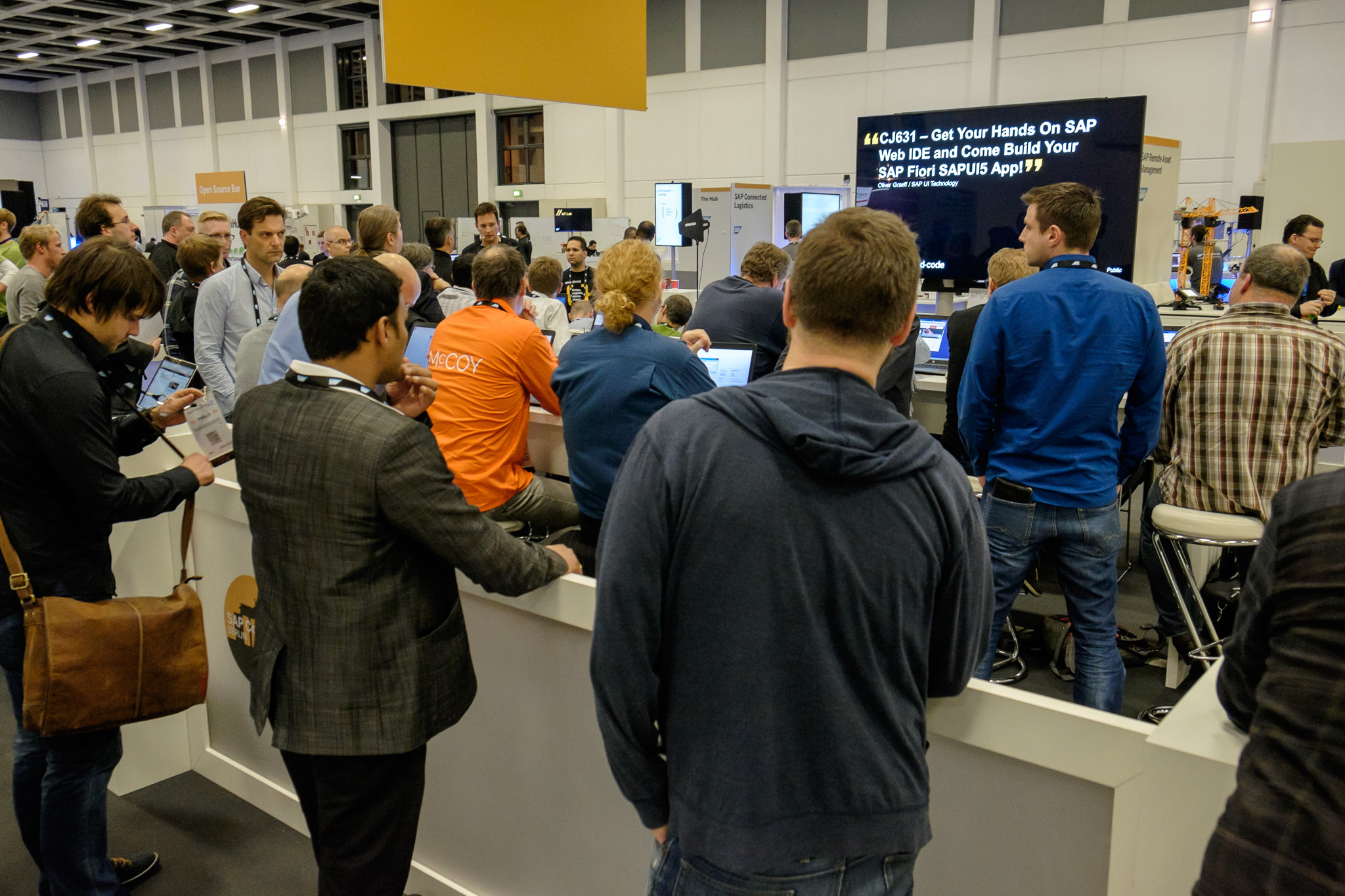 Personally, the most inspiring meeting of the day was the BoF session by The specified item was not found. with Rafa Carrascosa, Global Partnerships Director, Doctors Without Borders. The idea is to crowdsource data by Doctors Without Borders and get Data Geeks to work on it, co-innovate with Universities to create new insights.

There already was a session in Las Vegas, please watch this interview with Rafa to learn more about it. 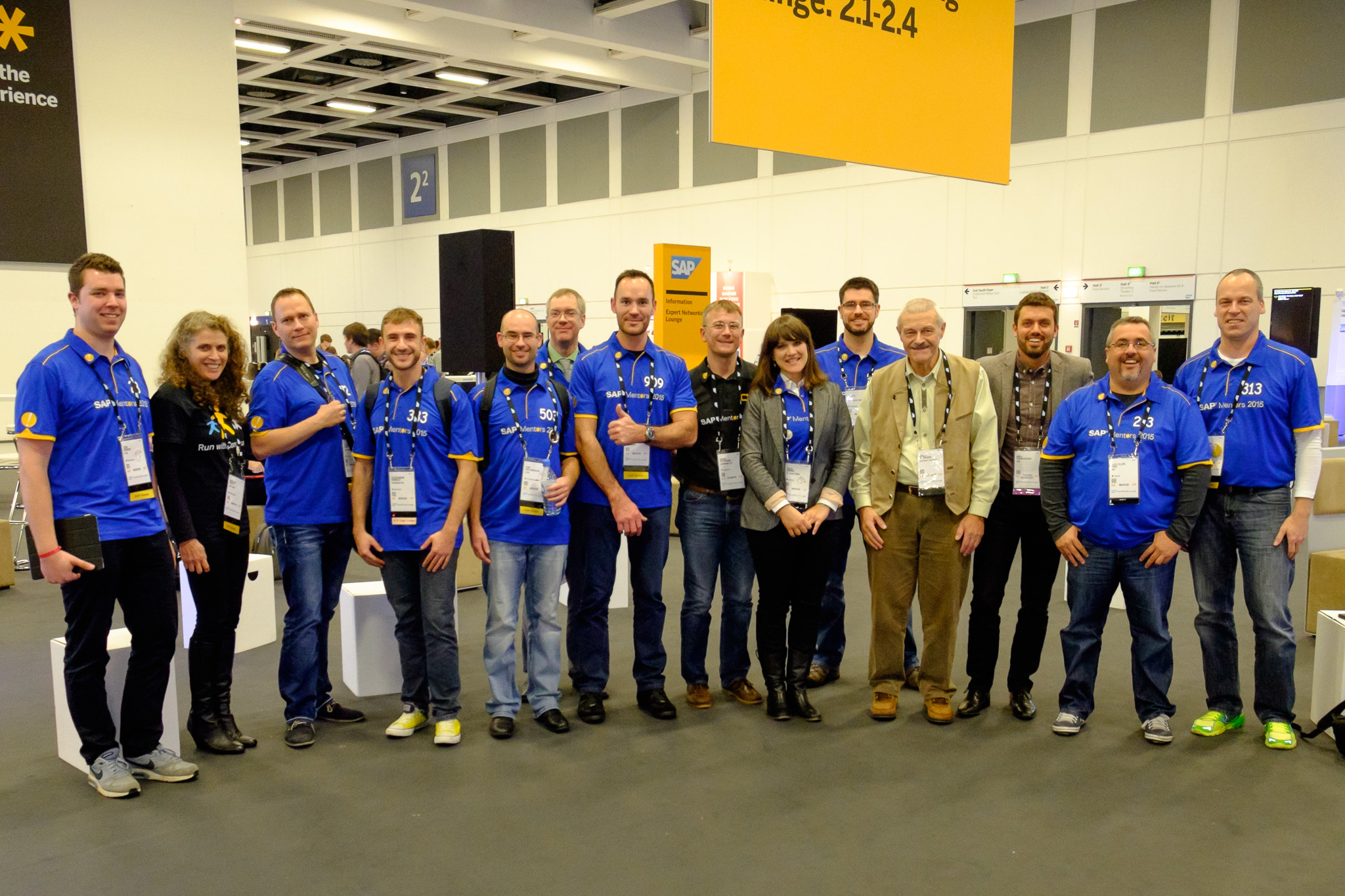 At the end of day one the SAP Jam Band played, and #GeeksCanDance was certainly the appropriate hashtag! 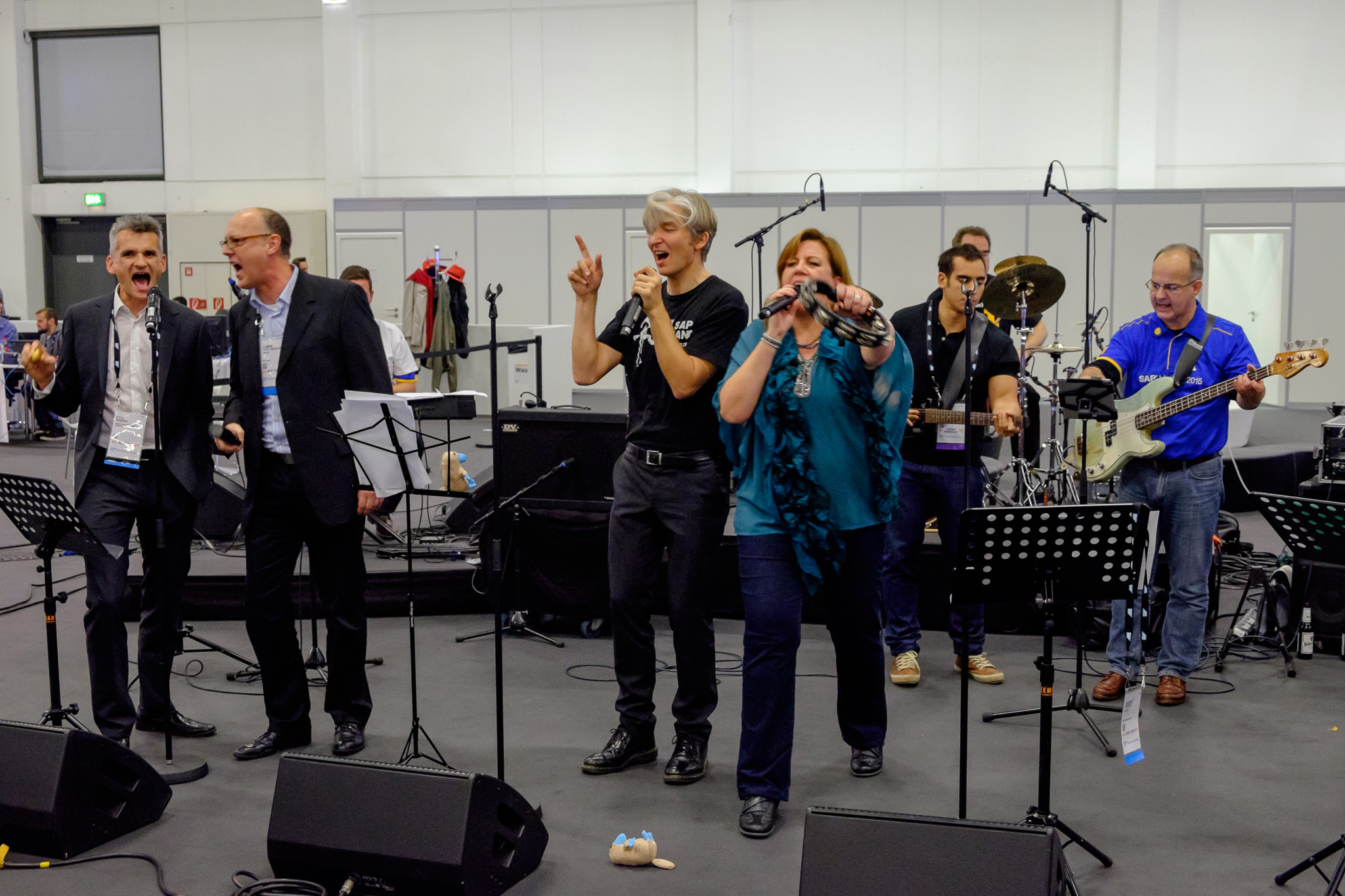 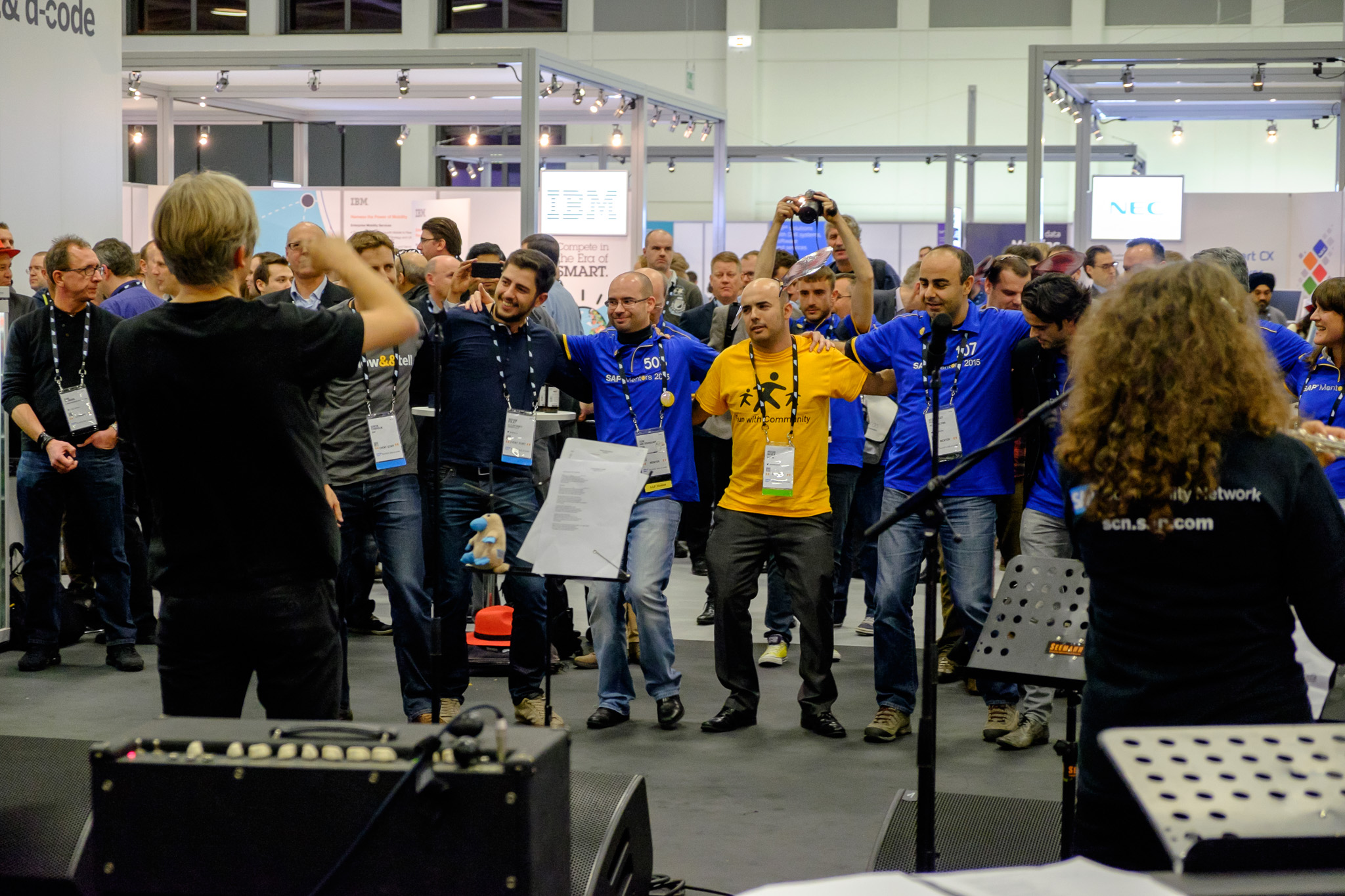 There were several spontaneous stand-ins on guitar and vocals, lots of dancing and the demand for encores, unfortunately everybody had to leave for DemoJam.

DemoJam was won – as I predicted – by the solution that used the most duct tape. There’s a lesson to be learned in there somewhere… 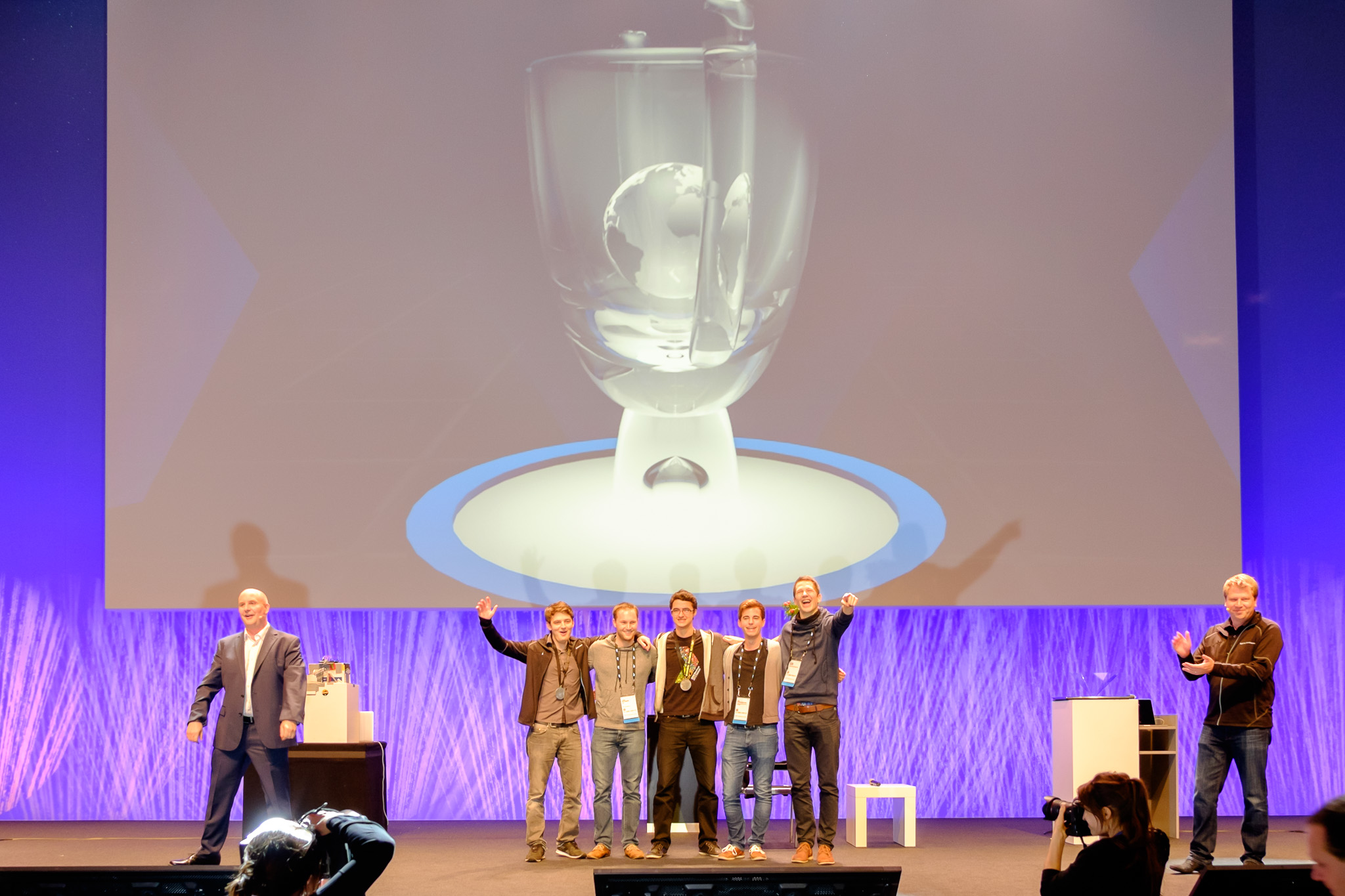 Duck tape is the backbone of so much innovation.

And dancing Geeks must be a second prerequisite.

Thanks for your summary and your excellent photo documentation!