Whether you’re into virtual reality, data visualization or remote controlled farming, Tuesday night’s ultimate developer competition in Berlin had something for you. Seven teams from around the world competed in the 10th annual DemoJam (#DemoJam), where SAP customers, partners and employees demonstrate new technologies and applications.

Each team performed a live demonstration of its app in no more than six minutes — though several teams finished with time to spare. Afterward, the live SAP TechEd && d-code (#SAPtd) audience chose its victor by way of the controversial-but-fun Clapometer.

“Can you believe we’ve had 10 years of TechEd?” perennial SAP #DemoJam host Ian Kimbell asked the audience as he opened the event. “And 2004 has a special place in my heart because it was the year the TV show Friends ended.”

Since you can never find a cop when you need one, SAP’s Tomer Steinberg started off the evening with his app for helping police departments make the best use of their limited resources. By predicting where and when crime is most likely to occur, law enforcement agencies can focus patrols on the most troublesome sectors to better respond to — and prevent — trouble.

“We got data from publicly available Chicago crime figures; analyzed it; and created an algorithm to predict where crime is likely to occur,” Steinberg said. “We have a Business Objects dashboard with a Esri integration.”

The Next View’s Ronald Kleijn and Peter Combee brought the train station’s lost-and-found into the digital age with an app that lets passengers report a lost item the moment they realize it’s missing. The app also lets train conductors quickly catalog found items by taking a photo, filling out a few fields on the app, and then getting on with their duties.

Because the insurance industry needs another edge, SAP’s Heiko Maurer and Andreas Rotaru showed their app for companies seeking greater insight into natural disaster-inflicted damages. The app can graph data loaded into the system, showing insurance claims in the path of history’s most infamous hurricanes. This lets users drill down from country to county to individual house, and it can calculate current risk exposures as well as projected losses from future storms.

SAP’s Dirk Ras and Craig Haworth found a way to put the type of cloud technology that benefits large enterprises into the hands of small businesses. As an example, they used a plumber who can answer a call on his smartphone; enter new customer data via voice commands; and send automated schedule options to the customer almost instantaneously.

But none of these apps were a match for the HANA-powered Clapometer, which officials calibrated at DemoJam’s outset.

Third place went to Ciber’s Leo van Hengel and The Next View’s Twan van den Broek, who used Muppets throughout their demo, which is why they called their app Care-MIT (as in Kermit the Frog). It creates a virtual marketplace where people can buy or trade care for those who need it, such as the elderly and the infirmed.

Within Care-MIT’s marketplace, volunteering service to others earns Care Points, which users can spend on service for someone else, like a relative who lives far away. In the demo, van Hengel had earned care points by caring for Statler and Waldorf, and he spent them on care for his mother, who lives 250 km (155 miles) away — and was played by van den Broek.

“We built Care-MIT to bridge the gap between the caregiver and the caretaker … to attract more people into voluntary caregiving,” van den Broek said. “And with Care-MIT we want to prevent social isolation because, when are Statler and Waldorf’s age, we hope that there are enough new heroes to take care of you and us.”

Shifting gears for a sec, we’ve all been there: You’re staring at the showroom floor like an idiot because you can’t make up your mind about which $1.3 million supercar you want to buy. It’s the same thing every year.

This most basic of human anguish seems to have resonated with the #SAPtd audience, propelling three-time DemoJam Las Vegas winners Nic Doodson and Will Powell of Keytree to second place. They built their own 3D printer in order to then build their own brainwave-sensing virtual reality system.

It offers a realistic feel for shoppers test-driving a product, which they can customize within the system. The app also monitors brainwaves to track emotional responses, helping salespeople gauge a shopper’s interest in specific products in real time.

“More than 55 percent of communication is nonverbal,” Doodson said. “What we’re going to attempt to do on stage is read Will’s brainwaves, put them onto HANA, and help us make a decision.”

Though Powell was able to virtually customize and test drive a sweet McLaren P1, the really big winners were the five Hasso-Plattner-Institut students who won InnoJam on Monday. Michael Weisz and Stephan Schultz presented their team’s real-life FarmVille-style remote farming app, which lets users direct and observe the planting, cultivation and harvesting of crops — on a remote field that could be just outside their city or on the other side of the planet.

“You can actually interact with your plants using our application,” Weisz said. “Right there you can see a lot of sensors,” he said, pointing at the remote farm station on stage, “and you get data in real time from the plant.”

But the victors didn’t receive the traditional glass bowl as their prize due to an integrity issue — a structural integrity issue, to be precise. Kimbell indicated that the bowl is no longer in one piece.

So the students instead received Olympic-style medals. They won’t be so useful for watering plants, but don’t worry: That sort of bling goes a long way at HPI. 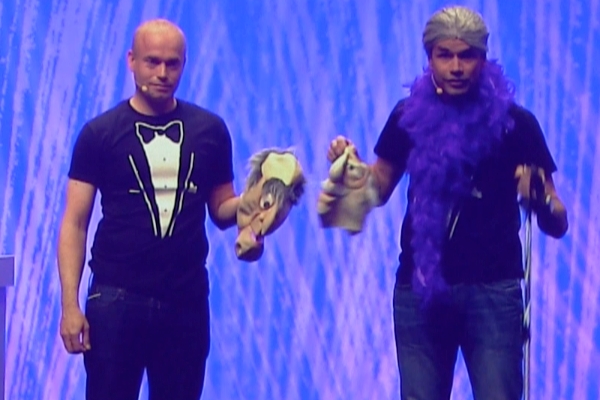 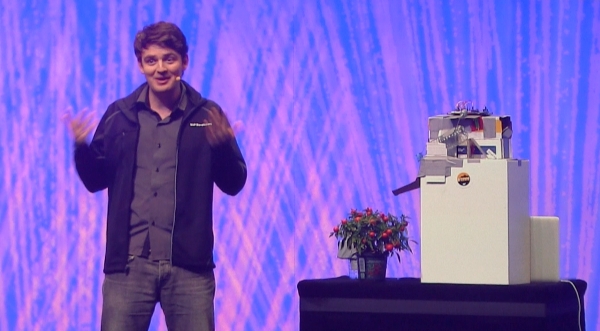 Great article and sum up. More diverse and higher standard than ever.

Thanks, Will, I appreciate that! I'll publish a video summary of the event next week.

Will, I forgot to ask you how you chose the McLaren to test drive. Was it because of McLaren's relationship with SAP? Or just because it's a smokin' hot car?

They are all pretty amazing cars. Would you have preferred the Ferrari or the Bugatti? 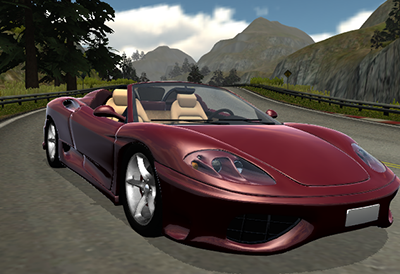 Ha, ha! Not at all, Will. Given those options, it's not like you were going to make a bad call.

If you enjoyed this story, Will, you may also like the DemoJam video that I made: