“Houston, we have a data problem,” SAP’s Björn Goerke said Tuesday to a crowd of thousands — in Berlin. More specifically, the problem is that so many organizations don’t have the tools to do anything with the myriad kinds of data they encounter, especially not in such high volumes.

But the tools are out there, according to Goerke, SAP’s head of Products & Innovation Technology. He spoke during the SAP Executive Keynote at SAP TechEd && d-code, explaining how SAP HANA can put together structured, unstructured, event, geospatial and network data, and then analyze it in real time.

“That’s a dramatic simplification because all of a sudden you can handle all these types of data as if they were in just a simple relational database,” Goerke said. “That’s the big innovation.”

The Latest in Running Simple

Part of that big innovation would help SAP users find their single version of the truth, be it with historical data, real-time insights or predictive analytics, according to Goerke. New features in SAP HANA SPS09 include:

“It’s much easier to now manage the whole database as a single entity for all those systems,” Goerke said. All of this reduces costs and optimizes system resources, he added. SPS09 is due out later this month.

“Imagine we’re an insurance company … and I want to send out my claims adjusters,” Kimbell said, drawing a sketch the UI he wanted for the app. “I want to have the claims that are available … and then when somebody clicks on one of these claims, all of the information about the claim comes up … and I’d like that on a mobile device.”

Goerke and Kimbell used SDK to craft the entire app in about 10 minutes — right in front of the audience. And they did so in three simple steps: First, they selected an application programming interface (API); next, they created the app; and finally, they made it useable for mobile devices (in this case Apple, but selecting the Android template would have been just as easy).

They Mystery of the &&

SAP Finance illustrated another opportunity to simplify, with a typical booking of about 15 database records distributed across 11 tables, SAP Executive Board member Bernd Leukert noted. But a new Simple SAP Finance took up far fewer tables, updates and user effort.

“If you compare before and after, it is clear how impactful this change is,” Leukert said. “Complexity has disappeared.”

Leukert also tried to simplify the air of complexity around the user conference’s name, reminding the audience that TechEd is short for “technical education.” He then put into context the Linux command “&&,” which chains two commands together.

“The following command is executed only if the first command executed without errors,” Leukert said. “Good code can only great if there is also good technical education.”

With the mystery of the && solved, attendees were free to “roll up your sleeves,” as Goerke put it, “and get your hands dirty!”

VIDEO: IoT Pumps Data into the Cloud to Save the Day, #SAPtd 2014 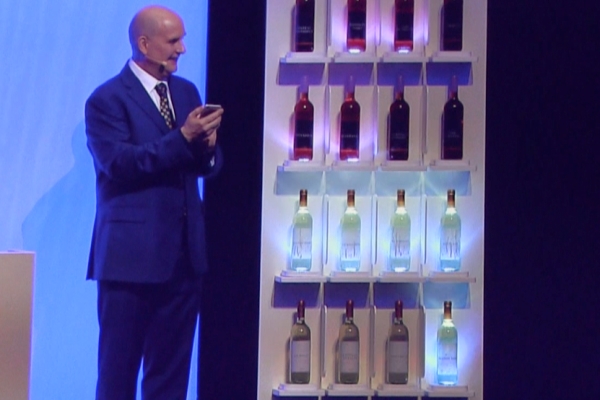 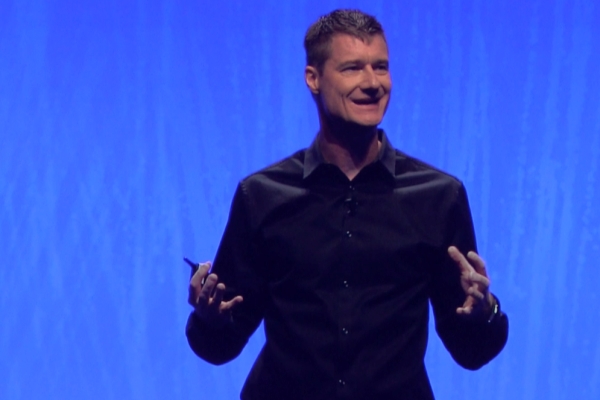