I am sure most of you have faced a scenario where something that worked completely fine on the iPad didn’t work the same way on the desktop, and vice versa. 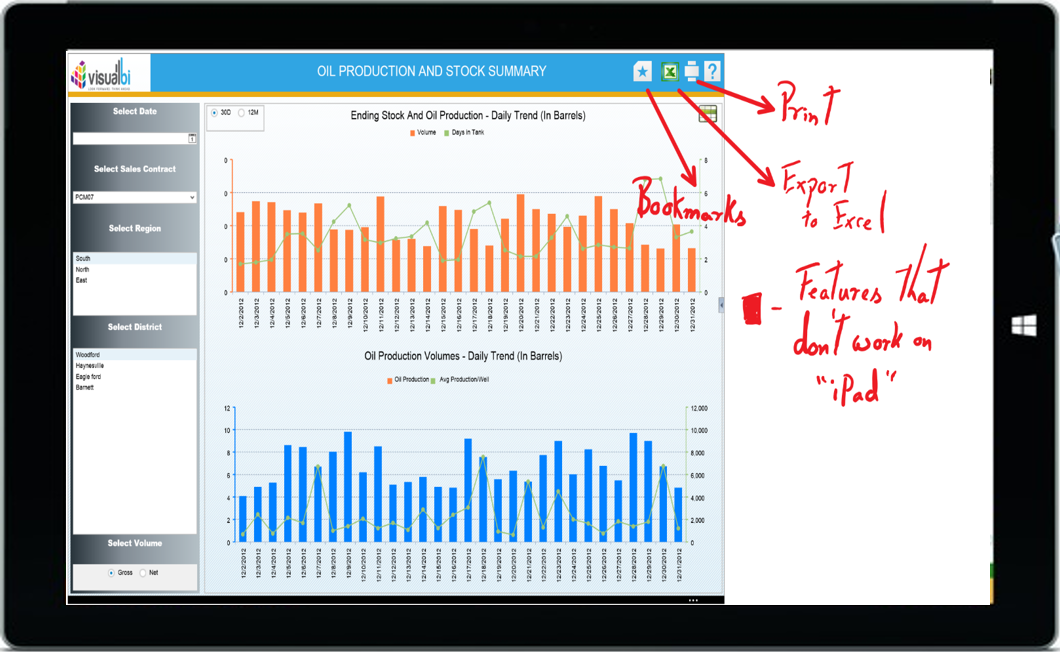 2. SAP Design Studio on the Microsoft Surface is platform independent, i.e. the dashboard doesn’t have to be only on BI Platform for it to render on Surface, i.e. it can be on Netweaver BW, BI Platform, or even on HANA.

3. In addition to that, annotating is way too amazing on the Surface than on the iPad. (just take look at the screenshot, you will understand what I am talking about). 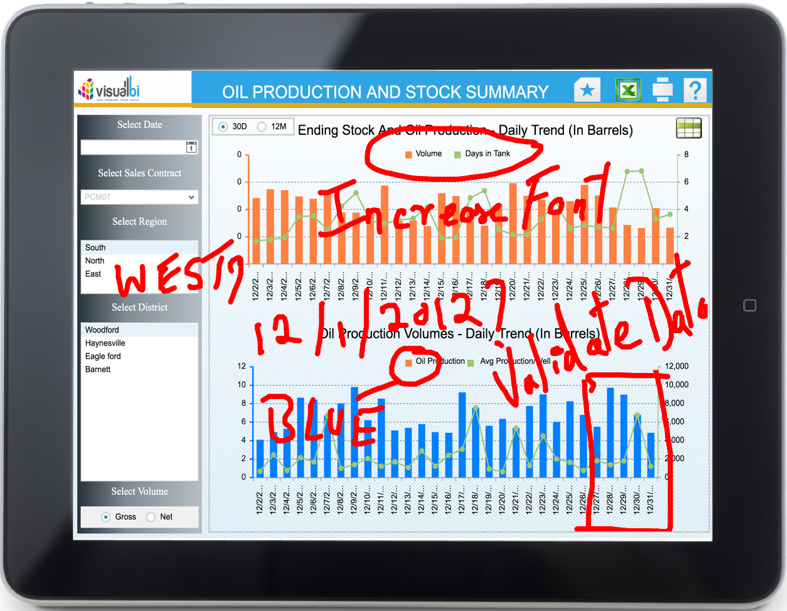 4. Touch sensitivity of the components is better on the Surface when compared to iPad.

5. You can do side by side multitasking on the Surface, isn’t that awesome? 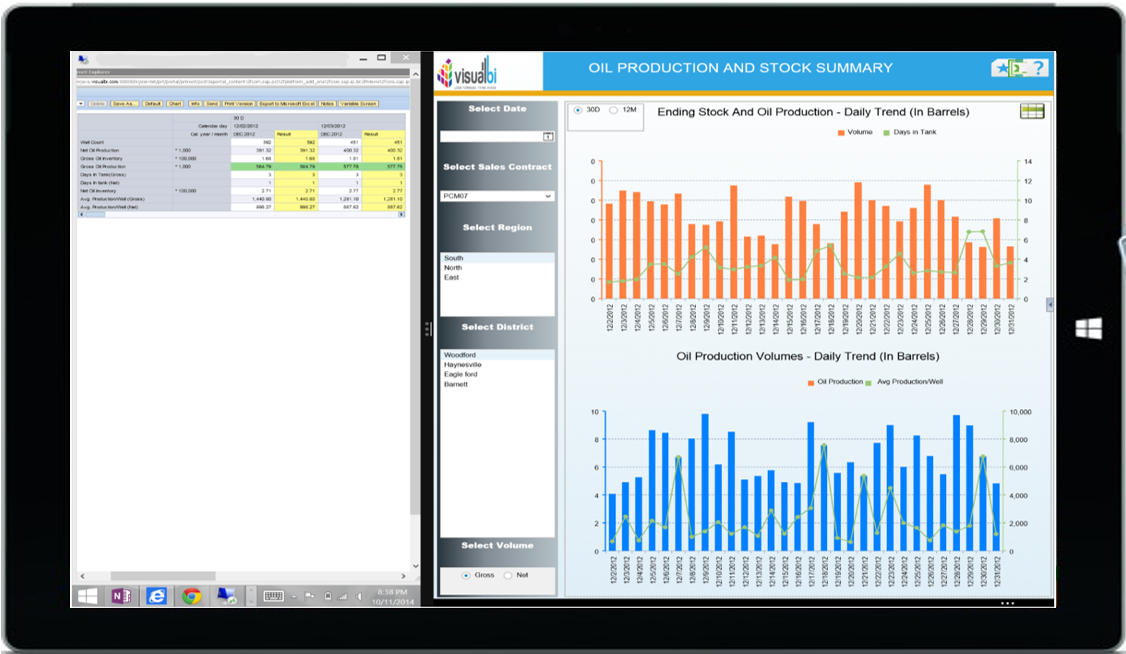 6. Last but not the least, you can even run your planning application from Surface.

Only problem is for companies like us who both embrace BYOD programs (hence an overwhelming iOS footprint, and some fragmented Android mix for variety) which led to corporate standard being iOS for phone and tablet.  BYOD has the tradeoff of allowing user choice, however personal device choice (iOS for the overwhelming consumer-friendly variety vs Surface) is at odds with what may be the better workplace productivity choice (Surface for Microsoft Office productivity and Mobile BI as you illustrate)

I'm glad to see that BI Mobile works for Surface users, though.  I do wonder, why even bother with the Mobile BI app instead of just using it like a laptop, though?  Isn't that one of the selling points of a Surface?  If I were to be trying to use a planning application, I'd probably go for an IE window with a mouse cursor over trying to mash my fat fingers on little text fields 🙂

That's very true, however we came across 3 customers in the last 4 months who rolled out Surface and got rid of iPad's, and it is mainly because of two things

2. It replaces both laptop and tablet.

from a developers perspective, at least they no longer have to say "oh this Design studio feature works only on desktop and not on iPad" or "this professional looking webi is only for iPad, and it looks completely different on desktop".

There is no BI Mobile app for surface, however there are couple of alternatives which can work like an app.

"...however there are couple of alternatives which can work like an app."

I'd like to reading about those, especially for Windows Tablets.

I see that there are still no SAP BO Mobile app in Windows store. So am guess it will be just running the BO Launch pad on Surface and execute the DS app. Am I right?

Thanks Anil for confirming..