As Bill put it, “The worst reason to choose a career is doing it because of the money“.

Bill, having a University Degree in Business Administration, indicated that much more than having a degree in a determined subject, the important aspect is the passion and the committment to reach the dreams” that the person has.

Bill mentioned that firstly it is important to have a dream, secondly to have clear which are the strenghts in ourselves and to work to improve them and thirdly to have written objectives.

Bill mentioned that as he had this first job, all headings were about recession. He mentioned that those headings were there in each decade of this life. Therefore he recommended students not to be scared by the economic difficulty mentioned in the news. He also predicted that there will be millions of jobs in the technology sector and that the freelancer demand will grow.

He also recommended to take time and not to rush after a dream and listen. 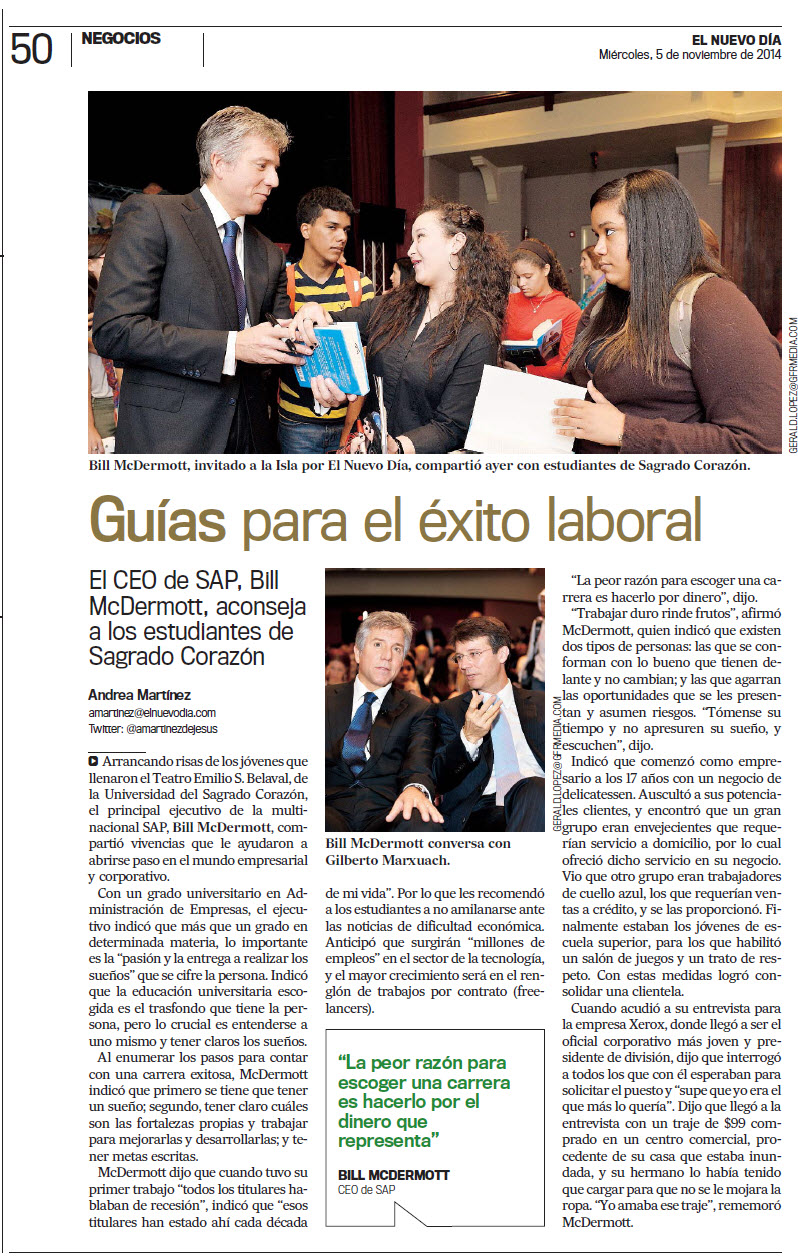 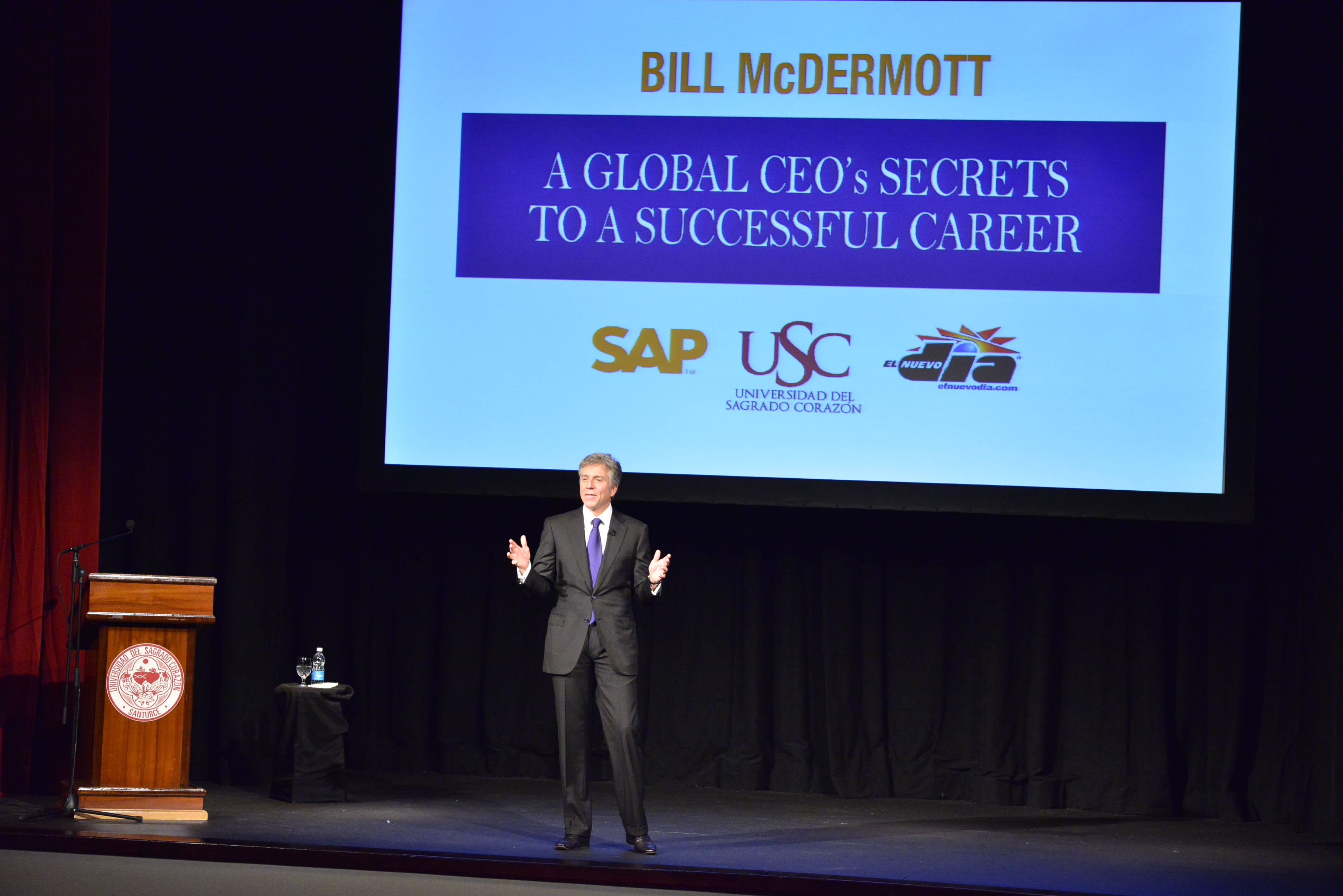 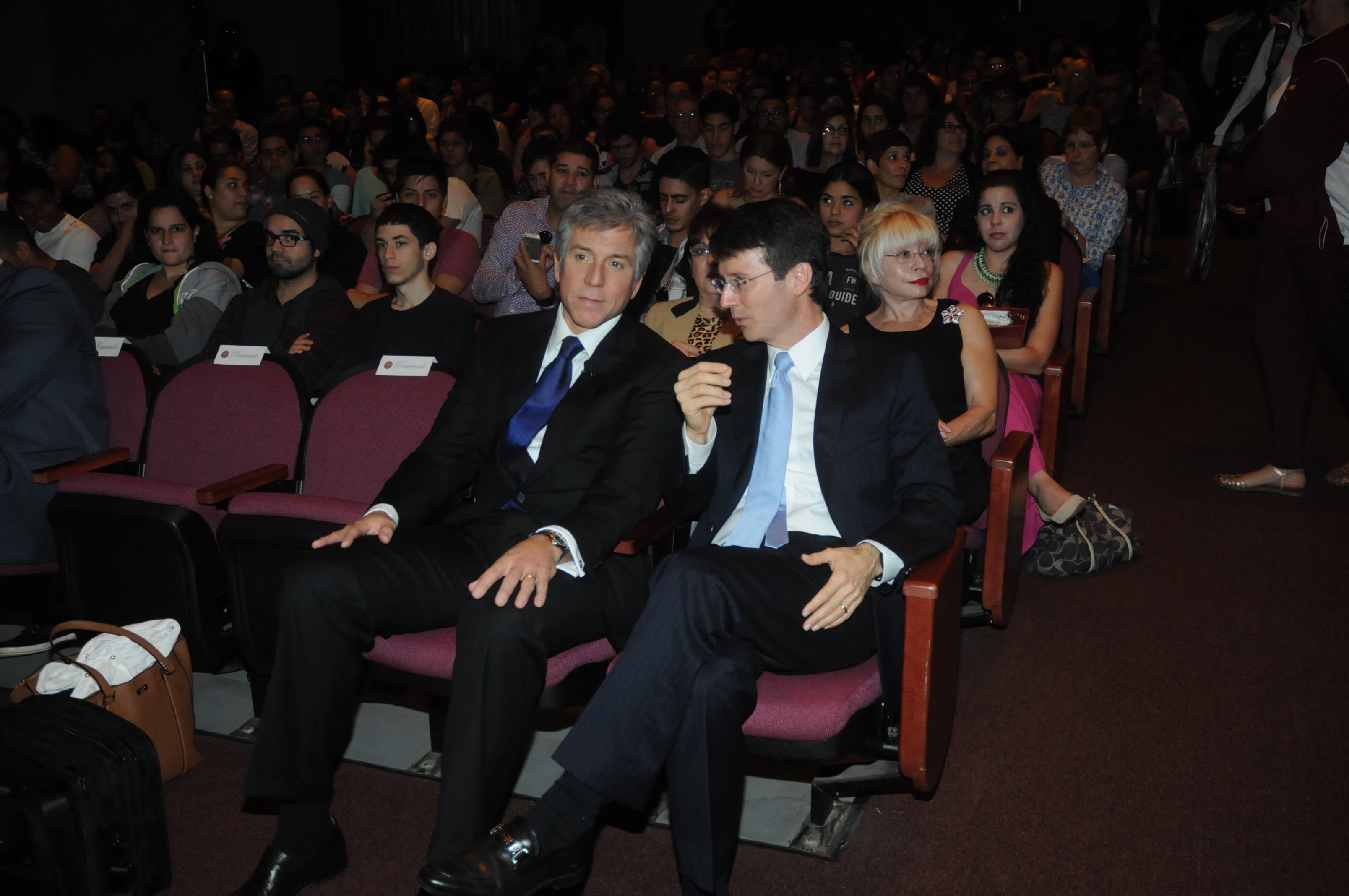