We started implementing Cost center and Profit center  with MDG 7.0 SP02. Our scenario is to have  a central MDG hub system where the cost centers and profit centers would be maintained and then in turn replicated to other SAP/Non SAP systems.

We decided to use the communication channel ‘Replication via Idoc’ to SAP systems.During the initial tests in development system, we found out that the standard outbound implementation classes provided by SAP perform remote validations in the target systems via BAPIs before creating and sending a IDOC for e.g.the outbound implementation class was checking if the values are being passed for mandatory fields , whether the values being transferred are available in respective check tables in target systems etc.,If these checks fail , then the replication is stopped at the MDG hub itself and the error messages are logged. These messages could be seen in DRFLOG. 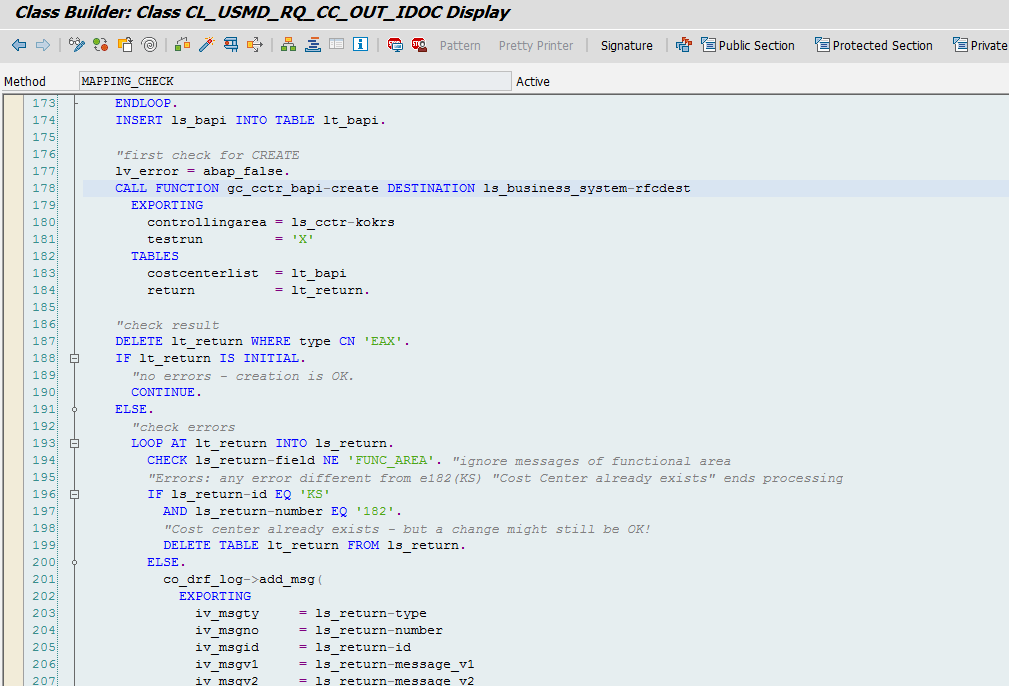 This feature is in fact pretty straight forward and helps in avoiding transferring junk data from MDG hub to other SAP systems.

However , we faced couple of issues while performing tests in development system

I also wondered if this feature is needed in the scenarios where the MDG  hub and the target system are in the same system.

But this looked like a standard solution and we didn’t think of contacting SAP or checking for OSS notes. So , to overcome the above mentioned issues ,  we contemplated the option of copying the standard outbound implementation class to a custom class and then skipping the validations to improve the performance. However , before starting with the implementation , I somehow had this feeling that this is not a problem unique to our organization and it could have been faced by other organizations as well. So out of curiosity I started exploring SDN and OSS notes.

To my surprise , I found out that SAP had already provided a solution for this via OSS notes  2052107 – MDG-F: New Parameter for DRF Outbound Implementations  and   2054082 – MDG-F: Issues in the ALE IDoc Replication for Cost Centers .

With the above two notes SAP has provided a new outbound parameter MDGF_NO_REMOTE_CHECK and also corresponding adaptions in the standard outbound implementation classes. If  the outbound parameter MDGF_NO_REMOTE_CHECK is set to value Y in replication model , the standard SAP  outbound implementation class skips the remote validations. This indeed greatly improved the performance.

I hope this blog would be helpful for all those looking to have the remote validations skipped.