Today, at the Northern California ASUG meeting in San Jose, California, Lockheed’s Charlie Yang presented on how they simplified several Qnote screens with SAP Screen Personas. To a packed room, he described the usability challenges Lockheed faced in entering complex quality transactions through the standard SAP GUI. Some issues they wanted to fix with SAP Screen Personas included reducing the time to create or update Qnotes, shrinking the number of manual data entry errors, and streamlining the overall process flow. 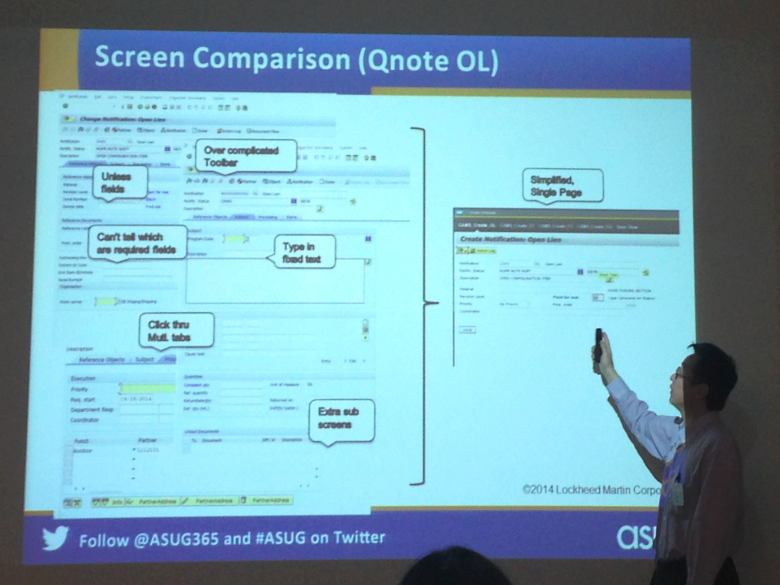 He also talked about their user-centric development process in which they work closely with the business users to understand their pain points and then build prototypes or storyboards before moving onto any screen modifications using SAP Screen Personas.

You can view or download the complete ASUG presentation.

After Charlie’s presentation, I did a short demo of SAP Screen Personas 3.0. It covered: 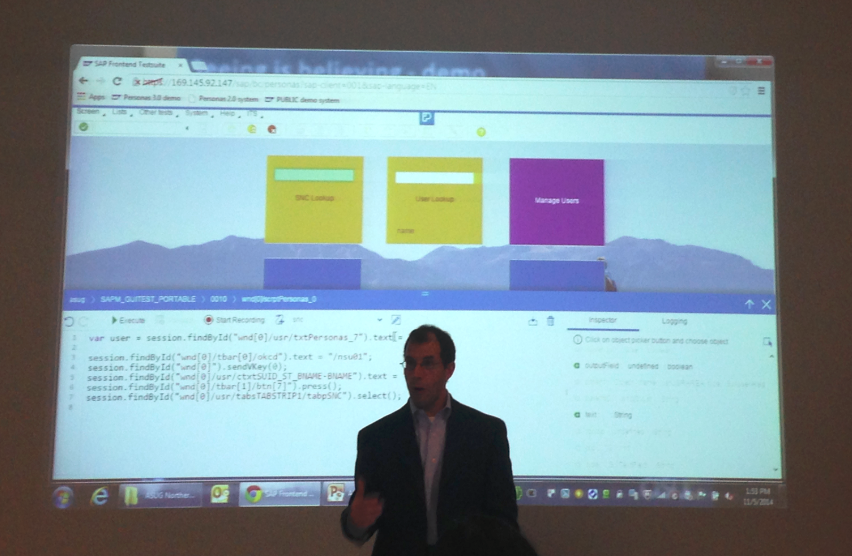 Other highlights of the event:

Thank you to ASUG for arranging the event and to Maxim Integrated for hosting the meeting in their beautiful facility.

Thank you for the ASUG Chapter meeting summary.

I also want to point out that Steve Rumsby is giving an ASUG webcast next month - Personas in Practice - members can register at https://www.asug.com/events/detail/Personas-in-Practice